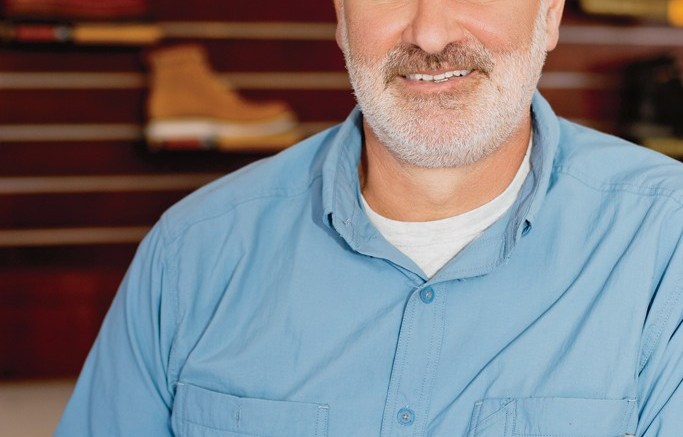 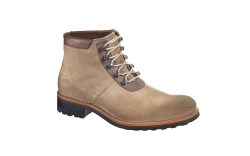 Performance workboot brand Wolverine is having a fashion moment.

Known for core work product, the Rockford, Mich.-based company has found a new audience with its higher-end series of utility-inspired looks, drawn straight from its archives.

In fall ’09, the firm introduced the 1000 Mile Collection with styles retailing for $225 to $460, and modeled after original patterns from the early 1900s, including boots and wingtip oxfords. To appeal to a younger audience, the more moderately priced No. 1883 collection (named for the year the company launched) was added in fall ’10, with prices of $120 to $280.

“With so much emphasis being placed on authenticity and Americana [in utility looks], we are taking the workboot language and going back 40 to 100 years,” said Roger Huard, VP of product development for Wolverine.

While both collections boast a rich heritage, they’re not stuck in the past, Huard emphasized. In addition to classic work styles, they offer takes on a traditional wingtip, as well a concise selection of women’s styles. As a result, the lines have opened up new channels of distribution: 1000 Mile is sold in boutiques including Leffot in New York and Haverdash in Chicago, while No. 1883 can be found at Urban Outfitters and Nordstrom.

Here, Huard talks about the power of blending the old with the new and why authenticity really matters.

Wolverine has a solid history in traditional workboots. Why step outside the segment?
RH: We were not only getting requests from retailers in the U.S. but from our distributors in Europe and in Asia for boots of [this type]. We made a [lifestyle] version of a [workboot] for Japan about 10 years ago for a similar reason. They’ve always had a love affair with America. So in some respects, Wolverine has always been engaged in footwear that was more than just work. We’ve always had some casual elements, so it was natural for us to take a workboot made at the turn of the 20th century and bring it out [under a new label]. Many brands have been jumping on the utility bandwagon.

Who are Wolverine’s main competitors?
RH: It’s difficult not to find copies of the 1000 Mile boot style in the marketplace, ranging anywhere from high-fashion shoemakers to [lower-end brands]. So the competition could be anybody — Frye, Timberland and people like Ben Sherman who have no history in [these looks]. Certainly, some consumers care about our authenticity. We know because they tell us through email. One of the important things to note about 1000 Mile is that it’s more than a trend; [it has] U.S. craftsmanship [in select styles] and durability. It makes our story compelling and makes our brand real.

How are you promoting the authenticity of No. 1883 and 1000 Mile?
RH: We’re explicitly marketing them as workboot-inspired footwear. We have lookbooks and marketing materials that use old workboot ads. We’re doing a little less for No. 1883, but [still] point out the fact that we’re a major workboot company that’s been around for a long time. We’re getting people buying Wolverine boots who remember their fathers wearing them.

Will these collections still have the same appeal when the utility trend fades?
RH: There’s an element to what we do that makes [the shoes] relatively timeless. However, we don’t [try to] make the shoes look old. They look brand new when you take them out of the box. There’s a customer who’s going to stay [with the look]. Is it going to be a hot fashion trend forever? Of course not. But we’re now trying to think [of ways] to expand the heritage concept in the future. We can continue to mine our own past for colors, styles and patterns relevant to contemporary markets, [while maintaining] the integrity of what we’ve already done.

Celebrities can help catapult a new brand. Have these collections been embraced by this fan set?
RH: Recently, Jonah Hill was seen wearing the 1000 Mile original boot. A lot of people who [are seen in] them have bought them. We don’t give them away. We were as surprised as anyone when [snowboarder] Shaun White won the gold medal [for the halfpipe in the 2010 Winter Olympics] and had on the boots when he was talking to Bob Costas. He bought them at a pop-up shop we had in Colorado. James Taylor, who is a personal favorite of mine, bought a pair. That’s the interesting thing. We’ve had quite a few celebrity exposures, but we don’t have to push them.