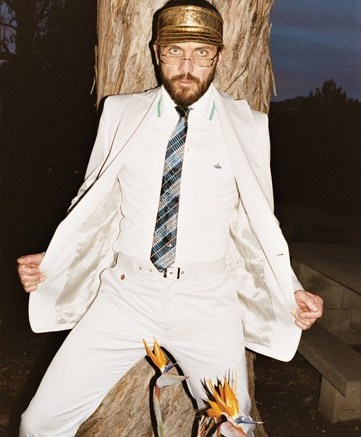 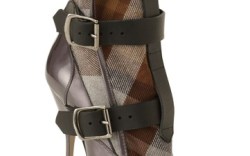 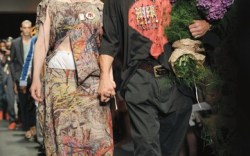 Andreas Kronthaler, creative director of Vivienne Westwood (and spouse to the irreverent designer), has received numerous awards and accolades for his design talents. But it’s the satisfaction of a regular customer that brings the Austrian-born designer the most joy.

“I am most content when people wear our [shoes and] clothes and tell us how happy they are and how the clothes give them pleasure,” he said.

And there’s no denying that Westwood’s footwear adds to her staying power, thanks in no small part to the exposure the label received when its designs were featured in the “Sex and the City” movie in 2008.

“The power of celebrity culture is very strong nowadays, and the appearance of our brand in that movie and subsequently on the red carpets has helped raise people’s awareness of who we are,” Kronthaler said of the 30-year-old brand.

The label also has seen success with its ongoing footwear collaboration with the Melissa brand. The Melissa by Vivienne Westwood line releases about eight styles each season. And an exhibition of 100 pairs of Westwood’s shoes was also on display at the Bowes Museum in Durham, England, until earlier this month and is now headed to Japan, Hong Kong and China.

For Westwood’s spring line, Kronthaler focused on next year’s Olympic Games in London as a theme, and the collection features a sportier yet refined look.

Westwood also made news with the opening of its first boutique in the U.S., in Los Angeles at the end of March. And Kronthaler said more retail could be on the way. “The store has been doing very well, and we are very proud of it,” he said. “Hopefully, we will be able to open in other places in the U.S. [soon].”

Here, Kronthaler talks about the ideal Westwood shoe, and the challenges that come with being both rebellious and mainstream.

How will your Olympics theme cross over from apparel into footwear?
AK: Since we dedicated this collection to the Olympic Games in London next year, the gentleman sportsman is our inspiration. This collection is not only about sportswear but [also about] what one could wear to attend the formal ceremonies. The shoes match the outfits and the outfits match the shoes to meet one common objective: dressing up for 2012’s biggest event. So we will offer [consumers] coin-studded sandals, trainers for doing sports, brogues for official meetings and opera pumps for the awards ceremony.

What are the most important elements of the quintessential Vivienne Westwood shoe?
AK: Apart from certain elements that we have developed and continued to use over the years, such as the shoe following the shape of your toes or the heavy use of straps, to mention a few, the main idea has always been to put the woman on a pedestal.

Looking back, which designs are you most proud of?
AK: Shoewise, the blue moc-croc super-elevated ghillie that Naomi Campbell had a bit of a struggle with [when she famously fell on the runway in 1993].

How much of the designs come from you and how much from Westwood?
AK: That is difficult to answer because we work so closely together. Our ideas merge into one design. We don’t split the process up into parts of ‘You do this and I’ll do that.’ For sure, Vivienne is someone who likes things very jazzy, and I, sometimes, am a bit more subtle.

How do you continue to capture the rebellious nature of the brand as it has become more accepted in the mainstream fashion world?
AK: This has mostly to do with Vivienne and her vision. She does not fit into any stereotype and has an unconventional view that keeps everybody in the company going. She challenges [them] and evokes new concepts. We have a fantastic team of people who help realize our ideas and turn them into what you see on the catwalk and in the shops.