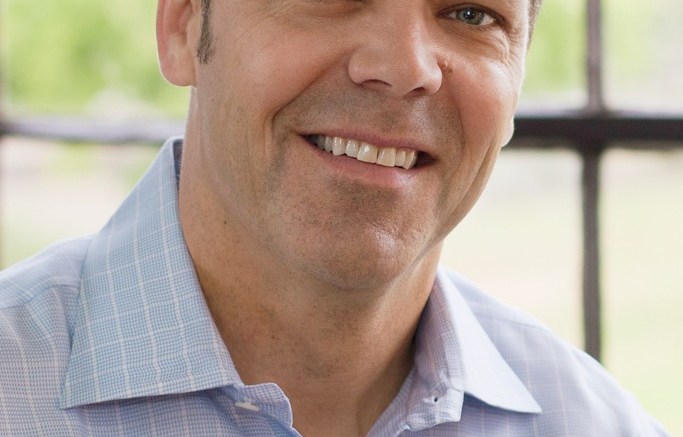 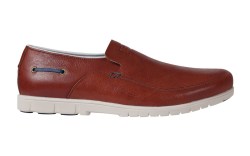 Rob Langstaff, founder and CEO of men’s brand Ryz, is doing what he does best: bringing athletic-inspired comfort into fashion footwear. The former president of Adidas USA and Adidas Japan launched his Portland, Ore.-based brand in 2008 with the idea of marrying contemporary shoe styling with minimal running shoe technology.

Recognizing early on that competition in the men’s market can be tough, Langstaff said he zeroed in on a target audience. “[Our customer is] an early adopter who understands fashion, sports and music,” the executive said. “He’s a professional or independent businessman. He knows his wine and coffee and has a second-degree black belt in karate or judo.”

In just three years, Ryz, retailing for $110 to $175, has garnered distribution in a range of retailers, including Endless.com and Moxsie.com, as well as boutiques such as Johnny Sole in Portland, Ore., and Shoe Studio in Augusta, Ga. The brand, whose shoes run up to a size 16, also has found a niche within the extended-sizes business, with independents including Friedman’s in Atlanta and Big Shoes in Austin, Texas. And to capture an even wider audience, Ryz is prepping a companion women’s line for spring ’13.

With the recent trend toward dressing up, Langstaff said he expects his men’s business to gain even more momentum in the seasons ahead. “The TV show ‘Mad Men’ has helped men relate to a time when they wanted to look a little smoother, have a little more swagger,” he said. “A man can go a long way with brown and black shoes. Throw in some subtle elements or change a material’s texture, and the most discerning man can be swayed into adding a few more pairs of shoes to his wardrobe.”

Here, Langstaff talks about his days as a competitive runner and his mission to encourage men to step up their style.

What is the most valuable design element you’ve brought to Ryz from the athletic market?
RL: Material innovation. The athletic industry is continually developing new materials that help athletes run faster and jump higher while reducing chance of injury. We’ve taken compression-molded EVA, added other features to it and implemented it in a dress shoe. [We’ve] created a shoe that weighs just 9 ounces and is amazingly comfortable. The fashion industry is sometimes a bit slow to adopt material innovations. We believe we can carve out a niche by being innovative here.

Did your running background make you think differently about footwear?
RL: As a former runner, I was always concerned about the impact my dress shoes had on my ability to recover from the 70-plus miles a week I was running. As I was ramping up my training in 1984, I started having problems with the bottoms of my feet, which I attributed to standing all day in traditional dress shoes [with] leather outsoles and wood heels. That year, although I qualified and ran in the NCAA championships, I missed qualifying for the Olympic trials by less than a second.

You describe your collection as minimal. How have you incorporated that philosophy into the line?
RL: We saw what was happening in the minimal running category, tested the product and liked the natural feel. Knowing that this came from flex grooves in the outsole, we specifically designed aesthetically pleasing lines around the metatarsal that allow the foot to move naturally. We didn’t pack in lots of foams, reinforcements, cushioning gel or air. That allowed us to focus on reducing weight and creating comfort and breathability.

Ryz is still lesser known in footwear. How are you competing with the higher-profile brands?
RL: Being under the radar is fine for us right now. We want to keep distribution tight and focus on accounts that are looking to differentiate themselves from the chains. [We want to] partner with retailers, listen to them and continue to improve our product. We really want to show that “wow” factor and ensure our product delivers on [our comfort] promise. Social networking — people leaving comments on our Facebook page saying how much they love our stuff — is great PR. We also have a placement agency in Los Angeles that has gotten our shoes on “Glee,” “Leverage” and other TV programs.

Do you believe comfort and style can live together in one shoe?
RL: Yes. One of the reasons I wanted to focus on the stylized comfort category is because I saw that America was becoming more and more casual. I had lived in Europe and Japan for almost two decades and gotten used to a more formal style of dressing. I came back to the U.S. and couldn’t believe people were getting on airplanes in tank tops and basketball shorts. I understood the desire for comfort, but I thought we just looked so sloppy as a nation. So Ryz is my contribution to the American way of dressing.