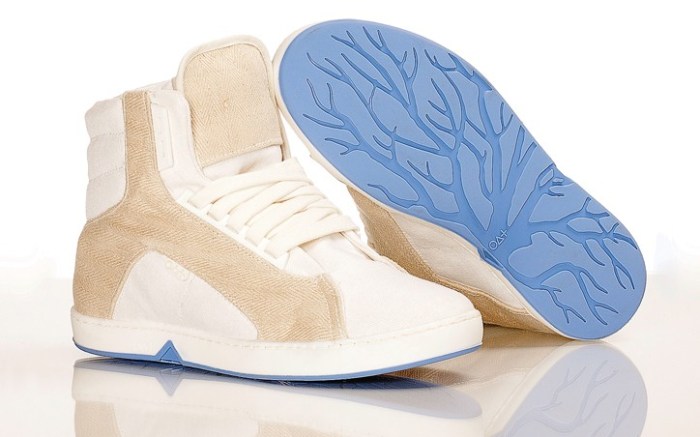 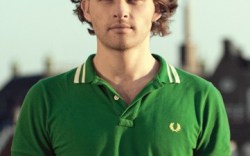 Oat Shoes takes biodegradable footwear to the next level. After they’re worn out, the brand’s sneakers can be buried in the garden, and then a crop of flowers will grow just a few weeks later.

The company is the brainchild of Christiaan Maats, a 31-year-old Amsterdam-based designer.

“If I buy a pair of shoes and wear them for two years, and I have to find a box and an address to send them back, it’s too much hassle,” he said. “So I designed a shoe I thought was good looking and that you’d also be able to throw out as easily as any other shoe. And then I thought, [what if] a plant grows out? Even better.”

Maats started working on the project after graduating from Delft University of Technology in 2008. The end result: He developed four styles that use organic hemp canvas uppers, jute felt linings and outsoles made with TPE certified as biodegradable. A sheet embedded with wildflower seeds is placed in a pocket in each shoe’s tongue. Consumers can either plant the whole shoe or just the seed sheet.

Early this year, the brand, which retails for 139 to 149 euros (or $201 to $215 at current exchange), debuted at The Green Fashion Competition, held in conjunction with Amsterdam Fashion Week, and took home the 15,000-euro second-place prize.

With business partner Dirk-Jan Oudshoorn and communications manager Marielle van Leewen, Maats started delivering the Bulgarian-made shoes in April. So far, he said, Oat has picked up nine accounts in the Netherlands and Belgium, and can ship anywhere in Europe from its website.

Maats is focusing on expansion, even if it means solving some agricultural problems. “We really want to get into the U.S., but sending foreign seeds is a big problem,” he said. “I’m actually talking to seed manufacturers in the U.S. to see if they can do some local fulfillments.”

Why did you choose Bulgaria for your manufacturing?
CM: We had to find a cheap but high-quality option. And we had to find it within Europe. We wanted to keep emissions low, and if you develop a shoe in Europe, it’s easier to travel there and you know there’s at least some sort of link to the culture.

How did you decide to put wildflowers in the shoes?
CM: That was the [best option] we had. And they’re all red hues. It’s a fiery bouquet. Most of the seed paper [on the market] comes with wildflowers, and we didn’t have the budget to make an oak tree grow out of it. Ideally, I would have wanted the whole shoe to be infused with seeds so you could just plant it and boom — you have a flower bed. Or put them in the soles. But the soles are injection molded at like 120 degrees Celsius and seeds weren’t going to survive. I had to find a really simple and elegant solution, which I thought I found by putting them in the tongue.

Was finding locally sourced materials very difficult?
CM: The herringbone-print fabric is from Europe, and originally we wanted to get the white canvas from Europe, as well, but that company just didn’t deliver. So we eventually got it through a company in Los Angeles [by way of] China. It was not our ideal choice, shipping stuff halfway across the world, but it was the only choice we had.

How do you walk the line between the shoes’ sustainable elements and making them aesthetically pleasing?
CM: I’ve been wrestling with that. The story has been so definitively ecological, but people are going to buy the shoe if they like the style. I just want to have a good-looking, laidback sneaker. I stuck with a minimalistic approach, and the materials give them a bit more of a natural, softer look than most other shoes. Mostly, I want to make [a sneaker that does] not look like a sustainable shoe. Once you know the story, it could be sustainable. But [no one would] instantly say, “That looks so biodegradable.”

Does the idea of using flower seeds run the risk of being considered gimmicky?
CM: Sustainability is about spreading awareness, and people are only going to accept a story if it’s fun and easy and if the product appeals to them. The easy thing, as a consumer, is if I can just throw away the shoe. And I’m only going to get a real link to nature if I’m able to bury the shoe and it sprouts new life. If you want to call it a gimmick, well, people can think what they want. I want to link people of the city with nature again.