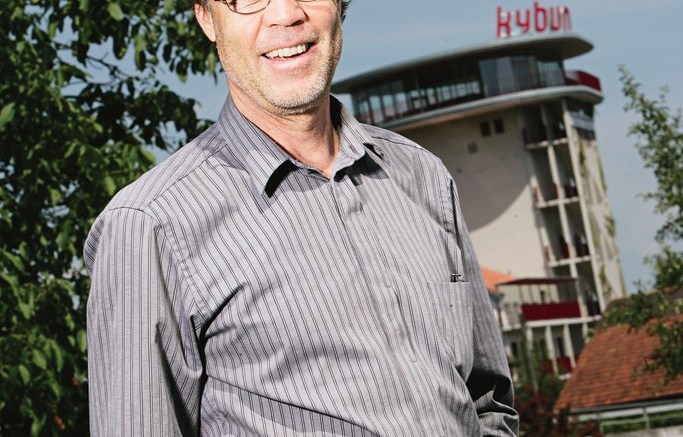 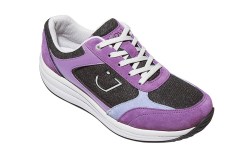 When Karl Müller launched MBT in 1998, he shook up the footwear industry.

His radical approach to design started today’s wellness movement by promoting such benefits as stress reduction on joints and improved circulation.

“Before I started this, people thought a shoe must be stable and support the foot,” said Müller about his rocker-bottom concept. “People were thinking I was crazy. It was totally the opposite of what they [believed].”

Müller quickly won over both consumers and the industry, sparking a wave of lookalikes and creating a footwear phenomenon that reached from the mass market to the high end. “Without doing any advertising, the demand was increasing,” said Müller. “I knew this would spread around the world and become a new category.”

In 2006, he sold MBT to Austrian investors, who established Masai U.S. Corp. in Portsmouth, N.H. Müller then plunged into his next project: developing the technology behind Joya, a line of footwear designed with a soft heel strike, which aims to naturally propel the foot forward. The brand was launched in 2008 by Müller’s son, Karl Müller Jr., and Claudio Binder.

Retailing from $195 to $260, the Swiss brand makes its U.S. retail debut next month, distributed through Novascarpa Group of Boise, Idaho.

Here, Müller talks to Footwear News about his role as the father of wellness footwear and the future of the category.

Did you think the wellness trend would catch on so quickly?
KM: I always believed. I started this business not because of money but because of my own [foot] problems. I lived in South Korea for 20 years. When I was walking barefoot in the rice [patties], I found walking on a soft ground helped my back problems, my Achilles tendon problem and my knee injury. At that time I started thinking about building a shoe that would give me a [similar feeling]. When I sold the first few hundred pairs, I got a [positive] feeling from the market. People would call me, asking where they can buy the shoes. [They were] people I had never met.

Initially, how important was it to get the medical community on board?
KM: Some customers listen to doctors. But my business was built on people who didn’t, [particularly] because there were no studies. When I started with this unstable shoe, even scientists warned me. I have to thank [those] people who didn’t listen to the specialists, who just listened to their bodies’ feelings. They tried many things. They tried the doctor’s help, physical therapists’ help. [MBT] was their last possibility.

Because wellness has been associated with older consumers, is it possible to lure younger ones into the category?
KM: There are many people who want to feel better. Just because you’re young doesn’t mean you don’t want to feel better. There were smoking advertisements on television 30 years ago, [and today] there’s more of a trend toward health. It’s affecting the younger generation, and I’m very happy about that.

After so much success with MBT, why did you decide to move on?
KM: I never had an idea to sell, because I had doubled the [sales] every year and the profit much more. In 2005, I sold 1 million pairs, and 2 million in 2006, without [any] advertisements. As a mechanical engineer, I’m never satisfied; I always want more and look for something better. [I wanted to do] something for the new generation, a totally different idea with the same purpose. In the future, [we’ll know] whether it’s better. If I didn’t have a new project, I wouldn’t have sold.

Wellness sales have slowed recently. What is the future of the category?
KM: The problem is not the category but the marketing. The [industry] started to sell [the product as] toning shoes, and the consumer became disappointed [in the results]. That’s why the price is going down and the market is [declining]. [Rather than] introduce people to toning, the right thing is to sell the shoes as comfort. The more comfortable you feel, the better it is for health. If all these companies start thinking about making the shoes more comfortable, the market will pick up again. We always said [the shoes] strengthened the muscles. But consumers [were led to believe] they could change their bodies. The propaganda promised more than the product [could deliver].