5 Questions for Founder of Native Shoes 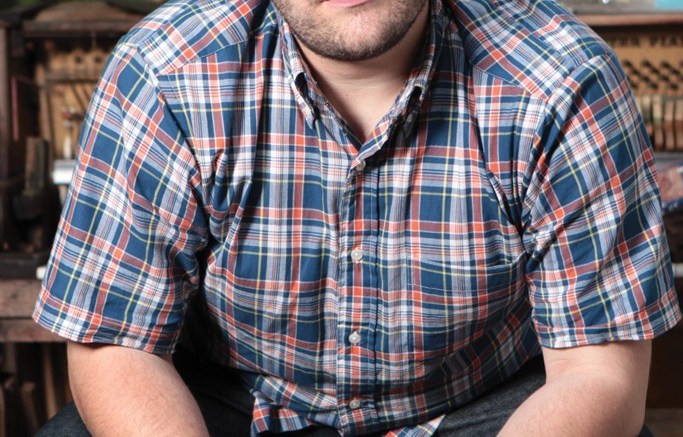 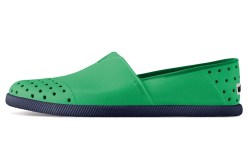 The 34-year-old co-founder of Native Shoes had no experience in the footwear industry prior to the brand’s launch in spring ’10. But as an avid sneaker collector, Van Zyll de Jong has several friends in the industry and wanted to create a mainstream line of injection-molded EVA shoes. Through his connections, he spent more than a year in China, where he learned all about manufacturing.

Now, after just three seasons, the Vancouver, British Columbia-based brand can be found in 30 countries, and counts Nordstrom, American Rag and Undefeated in Los Angeles among its U.S. retailers. “We comfortably fit into a range of retail outlets,” Van Zyll de Jong said. “It doesn’t matter what [type of] store, as long as it has some taste and cool elements.”

Van Zyll de Jong, who oversees design, hopes to bring a new viewpoint to the market. “We haven’t been in the industry,” he said, “so we’re not pulling from [other shoes on the market]. It’s a fresh look.” The collection of mostly unisex styles — with twists on classic duck boots, hikers and boat shoes — also includes a kids’ offering, all priced from $30 to $90.

Here, the exec talks to Footwear News about fearlessly going up against the competition and battling comparisons.

Other EVA brands have come and gone. What’s different about Native?
DV: The material is really user-friendly [and] hasn’t seen enough different approaches. We want to grow from that. The shoes have a different, unique kind of feel to them that’s lacking in the industry. There is a challenge [to using strictly EVA, however]. So we’re learning how to use different types of materials for the uppers, [including fabrics]. It’s interesting to go down that path. It starts with the foundation, and that’s how you build your business.

The brand is sold in comfort, fashion and outdoor stores, so how are you positioning it?
DV: We’re still learning, and that’s part of the fun. We don’t want to pigeonhole ourselves. I don’t want it to be just a fashion brand. We can bring some of the DNA we’ve created and lend it to different segments. You can do a lot with it [down the road], getting into more technical shoes and more women’s-specific shoes.

Why did you want to launch the brand globally from the start?
DV: In this day and age, starting your brand solely in North America was the wrong way to go. We sprinkled the brand in multiple places, and that did really well for us. The product spoke loudly on a global level. And the name represented the brand well. Whether you’re in China, Japan or Europe, Native is something that rings a bell with everybody. We had some great salespeople helping us off the bat with distribution globally. It really wasn’t as difficult as you would think.

What are your thoughts on price, considering the tough economy?
DV: Coming in and being aware of [the economy] has definitely helped, along with colorful and fun products. That was part of the [original] concept, offering something that was cheaper, had some style [and] was not just slapped together. We’re trying to [present] a good package when it comes to the way the box looks and the way we represent the brand [overall].

Are you worried that consumers compare Native to Crocs?
DV: It’s not an issue at all, but of course you would relate it to Crocs because there are similar styles and manufacturing [techniques]. But I feel the roots and cores of our brands are completely different. At the beginning, when you don’t have much else to associate with, [consumers might say], ‘Oh, they looks like Crocs.’ As the brand grows and we come out with new silhouettes, you’ll see the differences. You could say that Nike, New Balance and Puma are the same, too, because they all do EVA bottoms with a slip-last upper. It’s a matter of homing [in on] who we are and building our brand.