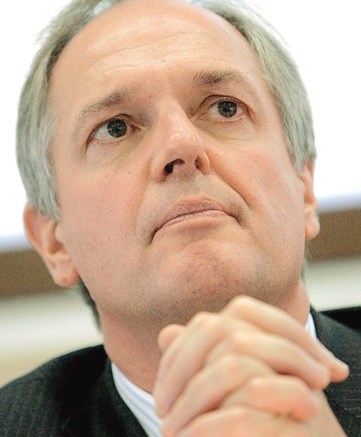 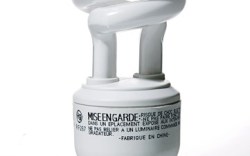 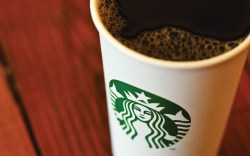 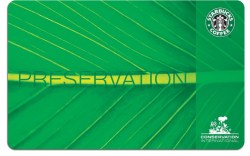 Want to go green? Join the club. While footwear firms such as Timberland and Nike have helped lead the way on sustainability issues, they haven’t acted alone. Here, Footwear News turns to five outside companies to find universal lessons for being a good corporate citizen.

For London-based Unilever, green starts at the top.

“Sustainability used to be an issue that interested mostly mid-level or plant managers,” said Jim Nail, the principal analyst at sustainability-focused research firm Verdantix. “It was considered tangential to the business and could be subject to the whim of management.”

As a result, goals tended to fall by the wayside, especially in challenging economic times. “So long as it’s considered ancillary, the risk of losing steam with a sustainability effort is high,” said Judah Schiller, CEO of the environmental strategy firm Saatchi & Saatchi S.

That’s not the case at Unilever.

When Paul Polman was named CEO of Unilever in 2009, he began to usher in a new era of sustainability for the consumer goods giant, whose brands include Dove and Lipton.

And his first move was to abolish quarterly earnings guidance for the investment community.

“We need to … attract the right investors. If you buy into this long-term value-creation model … then come and invest with us. If you don’t buy into this … don’t put your money in our company,” he said at the November 2010 launch of Unilever’s Sustainable Living Plan, an ambitious set of goals that includes halving the greenhouse gas impact of its products and sourcing 100 percent of raw agricultural materials sustainably, all while doubling profits by 2020.

A February 2010 survey by McKinsey & Co. found that only a quarter of executives polled said sustainability is a top-three priority on their CEOs’ agendas. But those companies are twice as likely as others to integrate green tactics into their business practices, suggesting that CEO engagement is crucial to making eco-friendly initiatives stick. From their spot at the top, CEOs can not only maintain the focus on green goals despite ups and downs, but they can craft long-term goals while disseminating initiatives and values throughout the organization.

“If everyone is aligned in their values internally, you have a far greater chance of improving one-to-one relationships with customers,” said Tim Robinson, managing director of consulting firm CoreBrand.

Companies must make money. One sure-fire way to ensure sustainability pursuits are taken seriously is to demonstrate that they pay off.

Jeff Immelt, CEO of energy giant General Electric Co., is known for his rallying cry “Green Is Green” and was pivotal in turning GE’s sustainable strategy into a profit driver.

In 2005, Immelt introduced Ecomagination, a companywide drive to reduce GE’s negative environmental impact and develop energy-efficient technologies for its customers. “My environmental agenda is not about being trendy or moral. It’s about accelerating economic growth,” he told Vanity Fair in 2006.

“GE really made a business case for green, which is fundamentally different than your standard [corporate social responsibility] approach. They look at sustainability as being profitable and driving innovation,” said Melissa Matlin, marketing leader at Green Order, a consulting firm that has been the principal adviser to GE on Ecomagination.

And the company has made a major financial investment in Ecomagination. By 2009, GE had devoted $1.5 billion to clean research and development.

The payoff? More than $18 billion in revenue in 2009, from at least 90 qualifying products and services. (Of course, the company also has been a target for criticism following a New York Times article last month that stated it doesn’t pay U.S. taxes, thanks to lobbying for tax breaks and other advantages, some of which relate to green initiatives. GE responded, saying significant losses reduced the company’s tax rate and that it expected to “return to more normal levels this year.”)

Looking ahead, GE has strengthened its commitment, aiming to spend $10 billion on Ecomagination research and development by 2015. The company expects sales from those products to grow at twice the rate of its total revenue over the next five years.

While environmental interest groups and multinational corporations may seem like natural enemies, many have found that working together benefits them both. And one of the most profound ways that corporations have made green strides is through partnerships with nonprofits and non-governmental organizations.

Such was the case with Starbucks Corp. and Conservation International.

“It was a common set of geographies that brought us together,” said Angela Prosek, director of corporate relations for Conservation International. “Out of the 34 areas CI identified as biodiversity hot spots, 15 are coffee-growing regions. We were looking for a leader in the industry to help us make a change.”

Together, Starbucks and CI developed Coffee & Farmer Equity (C.A.F.E.) Practices, a set of standards that defines sustainably grown coffee. CI used its expertise to identify key issues — such as tree canopy preservation on the farms, types of fertilizers used, water wasted during processing — that could determine a farmer’s status as a preferred supplier. And in the public’s eye, Starbucks got some serious CSR credibility, which it advertises on product such as gift cards (below).

Now in its second decade, the collaboration has been extended beyond the C.A.F.E. program. CI has advised Starbucks on investment opportunities in conservation that serve both the corporation’s business interests and the nonprofit’s goals. “A really impactful partnership is one that helps both parties fulfill their missions,” said Prosek. “It’s not a short-term philanthropic engagement.”

But Verdantix’s Nail warned that companies looking for a quick PR boost through NGO affiliation need not apply.

“It’s a harder partnership to do. It’s not as sexy as a simple [marketing endorsement],” he said. “It’s also harder to get your story out there to the customer. You have to be more patient and more committed. … But ultimately, it’s more effective at addressing the issues and puts you in a much better place to communicate a serious strategy around sustainability.”

As consumers become more discerning, companies must be transparent about their environmental policies and practices, even if they are less than stellar.

Seventh Generation was one of the first cleaning brands to disclose its entire list of product ingredients, and even went a step further by pointing out shortcomings in its packaging and product formulas. The risky move won it more fans. When competitors attacked those weaknesses, consumers responded by demanding comparable lists from mainstream brands.

At HSM’s World Innovation Forum in June, Seventh Generation co-founder and then-CEO Jeffrey Hollender spoke about the company’s adherence to what he calls radical transparency. “We broke a paradigm that business believes in so deeply, that you can’t talk about what you are doing wrong,” he said.

That honesty, he added, has made the brand more trusted in the marketplace. “We have built … a level of authenticity and transparency that we believe is one of the key reasons behind the loyalty we have from our consumers.”

Liz Gorman, VP of corporate responsibility for branding and communications agency Cone LLC, noted that consumer awareness sites such as Goodguide.com now provide product information. Anyone with a smartphone can instantly pull up data about the environmental and social impact of thousands of consumer products. “The issue becomes, do you want to lead the conversation about your brand or do you want someone else to do it?” she said.

And these days, consumers are less likely to blindly trust a brand’s assertions and instead look at the facts. “You can do more damage than good if you claim transparency and aren’t prepared to live up to it,” said CoreBrand’s Robinson.

Lesson 5: Be a great brand, not just a green one.
Case Study: Method

With appealing fragrances, sleek modern packaging and effective formulas, Method’s home and personal care products are favorites among tastemakers and average households. And while the brand has gotten plenty of buzz for its cheeky personality and design partnership with Karim Rashid, its products also happen to be free of the environmentally harmful ingredients found in most cleaning products.

“There are very few companies that can use green as a front-and-center marketing message,” said CoreBrand’s Robinson. “It needs to be incorporated, but it shouldn’t overwhelm the other benefits of the product. Method has done a good job of developing a desirable product that happens to be good for you and the environment.”

Most experts agreed that a product trading solely on eco-friendliness remains attractive only to a niche — or “dark green” — consumer. “Seventh Generation had a lock on that ‘green’ marketplace, at least until Clorox Green Works came along,” said Cone’s Gorman. “Method recognized that it couldn’t own that space, so it differentiated [itself with] other attributes.”

A 2009 study published by Grail Research concluded that 76 percent of all consumers fall into the “light green” category, meaning they sometimes purchase green products as a lifestyle statement or out of curiosity. (Dark green shoppers, who value sustainability above all other attributes, made up only 8 percent of the total consumer base.)

Method’s multi-pronged value proposition was unique enough to interest mass-market retailers such as Target, which picked up the brand in 2001, only one year after its launch.

And despite heavy competition from market leaders, San Francisco-based Method pulls in more than $100 million in annual revenue and occupies shelf space in at least 8,000 stores.

The takeaway: While not everyone is in the market for an explicitly green product, savvy consumers like when it’s part of the total package.