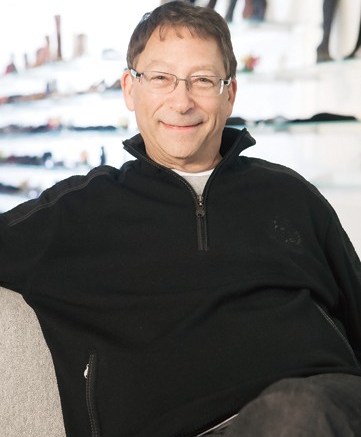 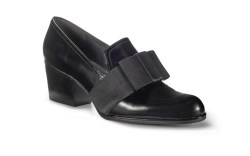 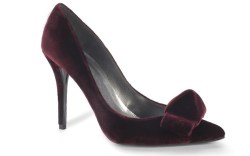 He’s crafted the million-dollar shoe, built a Hollywood following and demanded the respect of the industry. Now, 25 years after bowing his namesake footwear business, Stuart Weitzman is preparing for a new era.

Last year, he sold 55 percent of his company to The Jones Group Inc., paving the way for deeper expansion into global markets, a broader account list and more branded boutiques.

“There are obvious things we have done that have been, for lack of a better word, tipping points for the company and made it more recognizable, bigger and more hip,” said Weitzman, who continues to run the company as executive chairman and will receive cash payments for the remaining interest at the end of 2012.

And, at 69, Weitzman, who sells about 2 million pairs of shoes a year across 70 countries, has no plans to slow down.

Five Stuart Weitzman stores, designed by avant-garde architect Fabio Novembre, have opened over the last year, bringing the international door count to 73. A Fifth Avenue store in New York is in the works for August, while partners in China, Hong Kong and Moscow also are planning to bow close to a dozen more boutiques in the coming year. In wholesale, his line is sold in more than 1,000 doors.

Here, Weitzman opens up about a lifetime in the business and what people can learn from Lady Gaga.

1. How have your day-to-day duties changed since the deal with Jones?
SW: It has stayed exactly the same. To the credit of the Jones team, they recognize they bought into a business that was successful because of the people who run it. There are some compliance requirements because it is a public company, but that’s technical stuff. Half [the business] is theirs, but I’m the one making the decisions. If I wouldn’t spend all my own money on something [before], then I won’t do it [now]. That’s my litmus test.

2. Do you have plans for retirement?
SW: I’ve always said this is my hobby. I like what I’m doing, and as long as it continues to go well, I can’t understand why I wouldn’t do it. If playing the piano was my favorite thing, I’d do it until I couldn’t use my fingers. Same goes for Ping-Pong. I love shoes and I love working with my designers and other people. Why stop?

3. What has been the biggest change in the industry since you launched?
SW: International opportunities. There’s a new marketplace that didn’t really exist 25 years ago for American companies. Our company added 40 percent to our business just because of that, and the product has become more universal. The Internet put on the final touches. We have independent retailers, who couldn’t compete with the huge department stores and malls, now doing major business online. It leveled the playing field.

4. What has been your biggest accomplishment in business?
SW: There have been tipping points, but I’ve never looked at any one thing and thought, “Oh, this was such an amazing achievement.” Some were by luck while others were by design. What’s important is that the customer knows who we are and that we make a good shoe. I’ve never let crazy fashion dictate. I suppose that’s an achievement, but it’s also my DNA.

5. Is there anything you would have done differently?
SW: When I do something, I don’t do it in a big way. I test it. I tried to make some sneakers, which didn’t work out, but it was insignificant in the big picture. If someone comes up with a new idea, we try it. The day I give up taking those kinds of risks is the day Jones might say they need someone else.

6. Your manufacturing has been done in Spain since the beginning. What are the benefits of staying there?
SW: I have really fine-tuned the setup over the years. I’ve built nine factories, don’t farm out merchandise or compete with other brands in the facilities. When I went into moccasins, [for example], I set up a factory that focuses exclusively on hand-sewn product. One factory does only boots, and another one specializes in jewel embellishments. That’s why this is worth hanging onto. It’s so specialized.

7. How have retailer demands changed?
SW: The retailer is buying much closer to the market now and buying much deeper into the seasons. It’s more demanding for a manufacturer, but it also leads to better product performance because you’re reacting to an immediate demand and not guessing what the consumer wants.

8. How important has the power of celebrity been for bringing attention to the brand?
SW: It’s a plus, but the total business done in the styles celebrities have worn wouldn’t move the needle enough for me to lose sleep. The noise it makes, [however], is indefinable. To have your name associated with one [actress] one week and another big celebrity the next gives it a little more credibility and convinces more people to pay attention.

9. What is the best advice you could give to young designers?
SW: Make your own curve. Don’t try to jump on the bandwagon. Pick a different route and [build] your own look, your own personality, like Lady Gaga did. We all know there are greater voices out there, but she figured it out and made a niche. That is what some of the greatest footwear designers out there have done, too.

10. What do you think will be your most lasting legacy?
SW: Accessible footwear made at the right price with great fit, style and comfort. I hope people recognize it that way. [But] you don’t have a run like I’ve had without a few people playing major roles by your side. You can’t do it alone. It’s not a secret to a successful company, but it’s a necessity [to have] a great right hand and a great left hand.