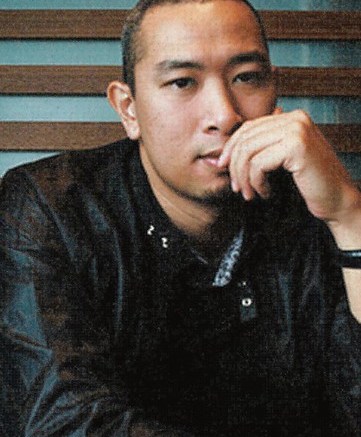 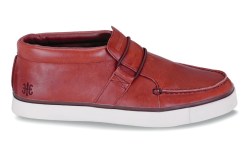 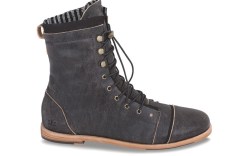 For Royal Elastics EVP and chief creative director John Bondoc, taking over the company two years ago was just the beginning.

Bondoc, who also sits on the board of REH, the investment group that bought the brand from parent company K-Swiss Inc., said his team weathered a rocky start, when morale flagged and the product seemed out of step with the market.

But after some retooling, business has rebounded with new launches. The brand created a 25-SKU vegan line for spring ’11. “I love to support people who are trying to do the right thing,” Bondoc said. “It’s just about making people happy.” And this fall, Royal Elastics debuts its first line of leather-soled shoes, a six-style collection for men.

Today, the brand is sold in 30 accounts in the U.S., its third biggest market, and 60 internationally, as well as in its own retail stores and kiosks. Next year, it will relaunch in Japan, historically an important market for Royal Elastics.

Sales have been flat since the acquisition, but Bondoc said the brand expects to produce 235,000 pairs this year. While that’s down from its height of 350,000 pairs, the reorganization has led to gains in profitability. “We’re a small but well-distributed international company now,” he said.

Bondoc, who was creative director at Royal Elastics when it was owned by K-Swiss, is now looking forward to a new future for the brand. “[Royal Elastics] was all I ever knew,” he said. “I just wanted to keep designing shoes for a brand I really believe in.”

Here, Bondoc shares Royal Elastics’ plans for spring ’12 and his vision of the brand’s future.

1. Your first few seasons were difficult. What went wrong?
JB: We had a plan put together by some MBA guy, [delineating] our demographic, and we put together pictures and pie charts, and designed our stuff based on that. In my opinion, the first two seasons epically failed. We ended up pumping out a bunch of shoes that, on paper, should have sold very well, and none of that worked.

2. What did you do?
JB: We decided we were going to do what we think is cool, and it started looking better and fitting in with the way we were feeling. This past winter, for example, I just didn’t want to wear bright sneakers anymore. So we put out a collection of five or six leather-bottom styles with elastic, and they’ve been great.

3. What kind of changes can we expect in the spring ’12 line?
JB: For spring, [we’re] returning to what we’re about: our elastic roots and more sneakers. I know it’s counterintuitive, especially because we just had such a great reaction to the leather-bottom stuff, and we’ll continue a small program of [that]. But we want to get back to cool sneakers. We’re slowly bringing back color, super-simple [looks] and a return to innovative closure systems.

4. Will collaborations, which Royal Elastics has done before, be part of the mix?
JB: We’re in discussions with people about new collaborations, and there are a couple projects on the horizon with friends who are really cool. I wanted to stay away from collaborations for a couple of years because it seemed so overdone. But as a designer, it’s so great to work with other designers you respect because you learn a lot. It’s good [for] inspiration.

5. Did the difficult retail environment affect your sell-in when you took over?
JB: All these stores that we once thought would be able to take this product either can’t buy shoes anymore, went out of business or won’t pay their bills. We courted those accounts because that’s where our heart is, but we’re [now] in more multiple-door accounts that we know have a sound financial history. The consolidation of the retail industry in general is sad, but one day it will swing around and people will crave those mom-and-pop shops again. I mean, I do.

6. If you aren’t cultivating a reputation as a “boutique” brand, what is the plan?
JB: Royal Elastics is a very unpretentious brand. It always has been, and as long as I’m around, it will be that way. I don’t consider it bad to be in a chain store that you can find in a mall. I shop at the mall. I didn’t get into this whole thing just so I can be the coolest guy at the party. I wanted to make shoes that are comfortable, will look cool and could be sold in the mall, so people like myself could buy them.

7. So are bigger chains or mall stores part of the strategy?
JB: We’re not on their radars just yet. They need to see that we have some staying power, that we’re being run properly and that we make quality product and have invested in marketing. But we’re doing the right things to slowly get into those accounts.

8. How have you kept future growth prospects in mind as you’ve evolved?
JB: We’ve invested in development, in manufacturing, in operations efficiencies and things like that, so if a huge account actually comes in, we’ll still be able to stand by our product. I’ve heard of so many awesome companies — my friends’ companies — going out of business because they get too many orders or they get orders they can’t fill. We’re backed by a leveraged investor, and we have a development team ready to go in China. The manufacturing capabilities are second to none. We’re ready for that moment.

9. Has the consolidation and factory situation in China been as challenging as everyone has been saying?
JB: It’s as bad as everyone has been led to believe, and it’s probably going to get worse. Everyone is looking at making shoes in other places, but all of us also need to realize that moving to the next developing country just to make shoes is probably the most horrible and morally vacuous thing you can do.

10. Is domestically sourced or manufactured product on your radar?
JB: I really hope that that’s where the industry goes. Maybe [for us] it takes me shooting my mouth off again, saying, “At least three styles next season are going to be all domestic.” [But] that’s how I usually get in trouble.