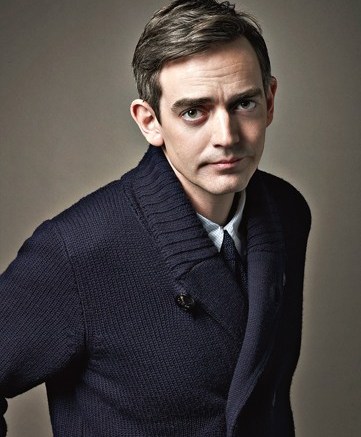 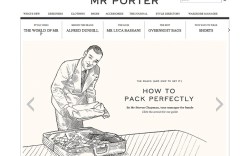 Mrporter.com wants all men to boost their style quotient.

Net-a-porter’s new site, which launched in February, blends commerce and content in an attempt to educate men on clothing, accessories and, of course, footwear. For example, The Essentials section lists 32 must-have items for men, along with links to shop for them on Mr. Porter.

Natalie Massenet, founder and executive chairman of the Net-a-porter Group, recently said the site kept the same global luxury focus as the women’s site, but “threw everything [else] away because we were talking to men.”

Here, Bateman discusses the challenges of buying for a global audience and why style trumps fashion.

2. Why is there an influx of new brands?
TB: There is a movement in menswear right now that men’s fashion is reasonably classical. There’s been a slight move back to formality: more tailored jackets, more hard shoes with jeans. That trend might be something that has prompted new designers — or even existing designers — to introduce menswear collections when they haven’t before.

3. Is it challenging to buy for a site with such a global focus?
TB: Yes, it does pose a challenge in that there are slightly different aesthetics across the globe. The big focus for Mr. Porter is style rather than fashion. An appreciation of style always comes back to men’s classics. That’s why we’ve put things into the site like The Essentials section, which talks about the items every guy should have in his wardrobe. But those items — whether it’s a trench coat, jeans or a pair of brown loafers — are the same essential items for a guy in New York or London or Barcelona.

4. Mr. Porter differentiates between style and fashion. Can you explain the difference?
TB: Style is something that is particular to a guy. He might like wearing suits with Converse, and that’s his style. Whereas fashion is how the shape of that suit changes. Style tends to come back to more classical ideals, and there are certain rules that certain guys like to follow and others like to break.

5. Is the content on the site more educational or entertainment-driven?
TB: It’s more educational. Guys are very nerdy when it comes to buying things, whether it’s a suit, a shirt, a tie or an iPad or camera. We love to know facts. We love to be able to find a pair of new shoes on Mr. Porter, having found out that they are handmade in Northampton, England, or are Goodyear-welted. We then love to recount all those facts and figures.

6. The site offers shoes from Converse to Lanvin. Is it important to carry a range?
TB: It is, but that’s not necessarily the reason we carry Converse. We got Converse because it’s an iconic brand. And it comes back to style. There might be guys who are multimillionaires, but they are wearing jeans and a pair of Jack Purcells, and you can’t dissuade them from doing that.

7. How do you decide what product makes the cut?
TB: We need to create a balanced offering that tackles different levels of fashionability, different price points, so the customer can pick and choose and find the things that are right for him. Once he’s picked through those things, we want to show him a focused range. We don’t want to show 25 pairs of black loafers because he’s still going to struggle to make the choice. What we’re trying to do is make the choice for him and say, “Look, this is the best penny loafer or brogue or oxford.”

8. Why aren’t you featuring boots in The Essentials section?
TB: They wouldn’t make it as an Essential because they’re a trend. Jeremy [Langmead, editor in chief,] and I have discussed this at length, what The Essentials section is for, and we both agree it’s not for us to say, “These are the trends for the season.” We’re very careful to not come across that way because [essentials] should be things that if you buy them for spring ’11, you’re still OK to wear them in spring ’12 and ’13 and on and on.

9. Will men reach the level of shopping that women have achieved?
TB: I’d love to say yes, but probably not. I don’t think men will ever shop in quite the same way that women do because we are still pretty need-driven in our shopping. We look out the window, see it’s a nice sunny day and realize we need to go get ourselves some deck shoes because we haven’t got anything to wear with our shorts that weekend.

10. With more men’s sites launching, has competition changed your approach?
TB: It hasn’t. We are still sticking to the original concept for Mr. Porter, as the global destination for men. That’s what we’re pushing to establish. I’m sure the competitors will do a good job in their own way, but I’m confident we’ll continue to be the best, having been the first, really.