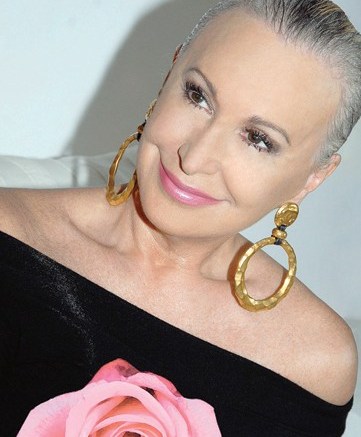 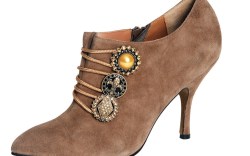 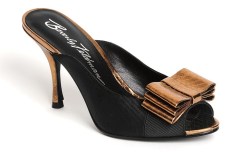 After 40 years designing footwear, Beverly Feldman still gets excited when she sees women wearing her colorful and whimsical heels.

“There are women who buy my shoes every season, and I’m lucky to have that following and fan base,” said Feldman, who launched her namesake brand in 1978 after working in product development at the now-defunct Andrew Geller Industries. “They like the creativity. And, quite honestly, it’s my creativity that has kept me in business.”

Despite a dip in sales in 2009 due to the recession, Feldman broke even last year and is on track to be up about 15 percent in the first quarter of 2011. And, if all goes as planned, this year could be one of her strongest.

In August, Feldman, who lives in Alicante, Spain, rolled out a revamped e-commerce site, and over the past two years, she has expanded agreements with her European and Japanese distributors. Feldman said the moves could increase her international business — which already covers nearly 60 countries — by 50 percent over the next year.

While she has maintained long-standing accounts with HSN, Lord & Taylor and Nordstrom and independents such as Jildor in Cedarhurst, N.Y., Julian Gold in San Antonio and Dolly Duz in Boca Raton, Fla., Feldman is increasing buys by boosting her offering. For fall ’11, she’s launching a bridal and evening collection featuring her signature oversized flowers, bows and glitter. She will also add comfort details, such as rubber soles, foam insoles and padded linings, across her core collection.

Here, Feldman opens up about her highs and lows over the decades, maintaining consumer interest and her prediction for the industry’s future.

1. What’s been your biggest success over the years?
BF: Staying in business by myself. I’m self-financed. I came to Spain when I was 23 years old, and I started working in shoe factories. I’m here 40 years later, and that takes a lot. [Partners] and factories have gone in and out of my life, but I’m still here.

2. What has been most disappointing during that time?
BF: Some of the agents and distributors I’ve worked with [haven’t always] had my business’ best interest in mind, and it’s caused a lot of heartache. It’s important to trust and really know your partners.

3. How has your aesthetic changed?
BF: I’ve calmed down. When you get to be 60, you don’t wear the same thing you wore at 20, and that’s reflected in my design. In the 1980s, the shoes had [more embellishments]. We still do big flowers and bows, but the goal is to simply make them pretty and comfortable. I try to be age-appropriate, but it doesn’t really influence the way I design because I always look to the spectrum [of consumers].

4. What are you doing to capture new retail accounts?
BF: For the next collection, we’re doing a big mailing and more with our website. I’m also on Facebook because the more consumers who know me, the better. My sales team and distributors are also doing things [like trunk sales, guerilla marketing, direct mail, e-mail blasts and gifts, such as single-pair orders].

5. How has being affiliated with HSN helped to reach a broader audience?
BF: I get to speak directly to my consumer and tell her about my collection. The number [of viewers] is also getting bigger. I first went on almost four years ago, and we didn’t want to publicize it too much, but now everyone wants to be on HSN, even [superstars like] Mariah Carey.

6. Your flagship store closed in 2008. Would you ever consider stepping back into retail?
BF: No, the future is online. The new generation is totally computerized, and even the older generation is finding it easier to go online. It’s so much easier to find something online than it is to go to the store. It takes energy to get dressed, go downtown, park the car and go shopping.

7. How did getting into China early shape your business?
BF: I [started in China in 1986] and had the opportunity to sell my shoes to Lane Crawford and [other big Chinese accounts] early on. I also got into a good factory right away and am still with them. They make only my shoes, and it’s become a tight relationship. You can’t just develop that the moment you walk into a new factory, and because of that, I can sleep at night.

8. You’ve also done jewelry, sunglasses and home goods. Why have some categories worked and others been more difficult?
BF: You need massive distribution and licensing arrangements to do all these different categories. I still do handbags, but it is just for certain clients. [To negotiate all that on a larger scale was overwhelming], and going through the struggles of [starting new categories] made me realize I should just stick to shoes.

9. Where will the footwear industry be 10 years from now?
BF: I hope technology will continue to evolve so footwear will be truly comfortable. Lingerie, for example, has come so far in terms of comfort since the 1950s. Shoes haven’t had the same progression. As for the market, there will be fewer small players and more big companies. The big can conquer, making it harder for the entrepreneur to get in there.

10. Who was your industry mentor?
BF: Doris Westin. She was my teacher at Pratt Institute, and she taught me to do the job until it’s done and not focus on making money. Think about the job at hand and the rewards will come later. She wasn’t a shoe designer, but she taught me so much about work ethic.