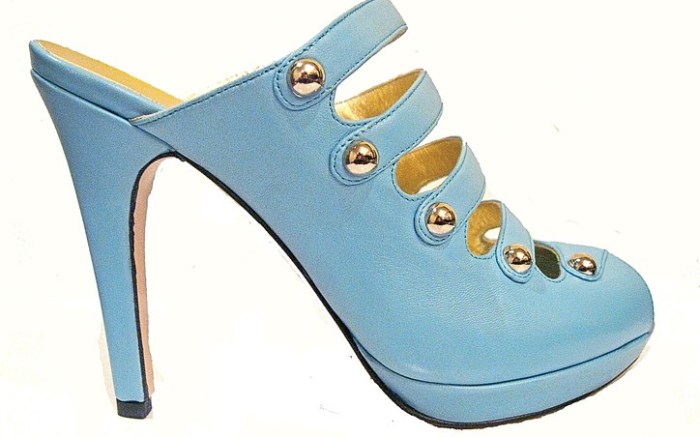 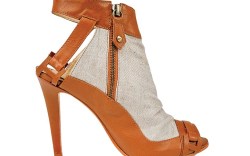 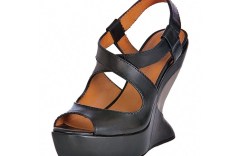 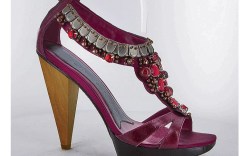 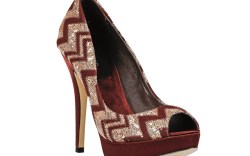 Parisian Pumps
Footwear newcomer Theresa Ebagua is channeling classic French style through her Chelsea Paris line. The collection, which debuts for spring ’11, features peep-toe pumps, sandals and boots in animal prints, corals, ivories, cocoas and reds. Priced between $320 and $895, the 25-style offering is being targeted to high-end department stores and specialty boutiques.

New York Times
New York-based brands Be&D and Costello Tagliapietra have teamed up on a spring collection of footwear. The offering — set to make its first appearance in Costello Tagliapietra’s runway show in September — includes two sandal styles, both with 3 1/2-inch heels and modern architectural elements. Blending Costello Tagliapietra’s tendency to drape and Be&D’s handcrafted leather, the collection is made from calfskin and is expected to retail for $385 to $400 at high-end shops already carrying the brands, including Saks Fifth Avenue, Nordstrom and Barneys New York.

City Slicker
Urban Outfitters Inc., the company behind Anthropologie, Free People and Urban Outfitters, is launching a footwear line called Leifsdottir. The debut spring collection will include a mix of architectural wedges (at right), ballet flats, platform pumps and sandals made from classic and patent leathers, and will feature metallic accents and exotic textures. The line will have six to eight constructions, with 20 to 25 styles, and will deliver four times per year. Leifsdottir is expected to retail for $225 to $295 at high-end specialty boutiques and department stores.

Spanish Frill
Spanish brand Lola Cruz is coming to the U.S. this spring. The brand launched at FFANY with 60 styles of sandals, wedges and pumps embellished with romantic details, including flowers, large stones, rhinestones, bows and lace. The mostly leather collection also features textile prints, mesh and satins. The line, priced between $150 and $250, is aimed at high-end department stores and boutiques.

American Import
Spanish footwear company Grupo Menbur is bringing Menbur Luxury to U.S. soil. The line will feature 16 high-end styles made from leather and satins and detailed with Swarovski crystals and other embellishments. The special-occasion shoes, priced between $225 and $450, are being targeted at national retailers for spring.