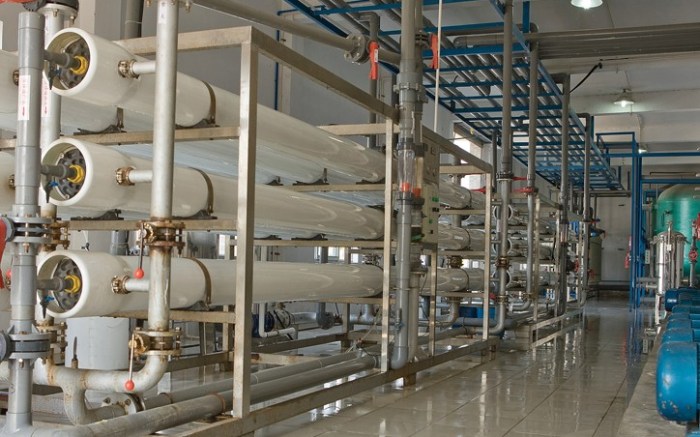 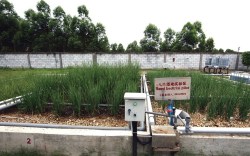 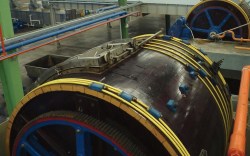 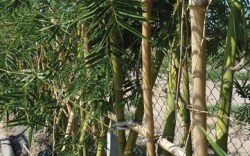 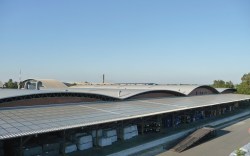 Tanning leather doesn’t have a reputation for being very “clean.”

The process for turning rawhides into durable leathers uses heavy-duty dyes and tanning solutions that contain toxic compounds that can create problems in waste water and in the atmosphere. And the water and energy demands are immense.

But with 56 percent of the footwear sold last year in the U.S. made of leather (that’s 1.1 billion pairs), reducing the environmental impact of the process would be a major step in reducing the impact of footwear manufacturing. Innovative new methods to cut energy use, recycle water and reduce the carbon impact of tanning are being enacted every day.

Here, Footwear News went to some of the industry’s leading tanneries to find out what they’re doing to go green now and later on down the road.

Now: When Simona Tanning opened in 2006, a top goal was to create a lower-impact facility. “If we were going to enter this business, we wanted to be in it on a world-class level,” said Keith Hill, president and COO. Simona was the first tannery in China to receive the Leather Working Group’s gold status, in part for its focus on efficient treating and reusing of water — a major concern because an average tannery can use as much as 44,200 cubic meters per month. Simona created a comprehensive system to salvage as much water as possible during the tanning process. A membrane bio reactor system was put in place in June 2008 to reduce suspended solids and organic pollutants in water used to re-tan the hides, and a reverse osmosis system installed later that year filters the treated water so it can be reused in the tanning process. The system, which Hill estimated cost 30 percent to 35 percent more than a standard effluent treatment system, has reduced both Simona’s fresh water use and its water discharge by 40 percent.

Future: Even though continued water reduction and reuse isn’t a major cost saver for the tannery, it’s a big focus going forward. A pilot program to use reed beds to further filter water (reducing chemical use by 20 percent and energy costs by 30 percent) began last summer, and Hill expects to have a permanent installation the size of three football fields operational by March 2011. And a program to collect the rainwater that is abundant in Huizhou City could net the tannery as much as 20 percent of its water needs when it’s finished. Looking even further forward, new technologies, such as infrared dryers, will be the key to cutting back on energy, water and waste, Hill added. “We’ll continue to invest in technologies that will get us there,” he said. “We need to do everything we can to reduce the carbon footprint.”

Now: In both the company’s original tannery in Guangzhou and its 2009 facility in Saigon, ISA Tantec was able to make significant savings in water and energy use through a painstaking examination of every step of the manufacturing process. That focus led to a reengineering of the systems from beginning to end, which has paid off with significant savings, said Jon Graebin, VP of sales and marketing for ISA TanTec. “The software is the key part. If you don’t know the measurements, you don’t know where to begin,” he said. “We have measure points in every stage of the process, so we can treat [it] in each and every stage.” For example, hydraulic cooling systems have replaced fans in several pieces of equipment, meaning no extra electricity is needed to run the fans, and the water that is heated as it cools the fans later can be pumped into the boiler, where it won’t require as much energy to heat. In the China tannery, and especially in Vietnam, which was built with the green adaptations in mind, such changes have reduced energy consumption by 35 percent and water use by 50 percent.

Future: Continuing to reengineer the tanning process to save money and energy is top of mind for TanTec, Graebin said. A pilot program to filter wastewater with wetland plants, such as bamboo, is under way, he said — as is a plan to take advantage of space in the Saigon facility to separate streams of wastewater for treatment. The company intends to continue the initiatives it began in mid-2007, when it launched LITE (Low Impact to Environment), a program of measuring the carbon-dioxide emissions per square foot of leather. “We are not drifting away from the LITE initiative,” Graebin said, “but we are taking this a lot deeper.”

Now: “Environmentally sound leathers start with environmentally sound facilities and practices,” said Jon Clark, CEO of PrimeAsia. “We spend our money on investments in efficiencies.” With that in mind, the company spent $500,000 to install a 16,000-sq.-ft., 768-panel solar farm on its Vietnam tannery that went operational in September. The installation should be sufficient to heat 100,000 liters of water a day, which avoids heating the water in boilers — what Clark said is one of the tannery’s biggest energy users. And, he added, the system should pay for itself in 17 months.

Future: David Wright, PrimeAsia’s chief environmental officer, said the company is making energy its focus for now and beyond. “We are identifying the priorities in renewable energy,” he said, citing geothermal and gasification systems, as well as wind energy, as possibilities, though the differing climates of the company’s locations means each one will need its own kind. Water, too, is a focus, with the firm examining every step in the tanning process as a whole. “We will be challenging the manufacturers of the equipment we use in the process of making leather. It’s an old industry, and the technologies are antiquated,” Wright said.