Shoes on the Red Carpet 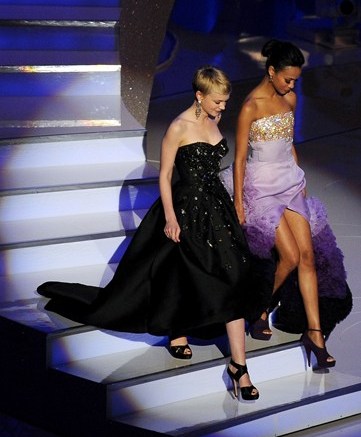 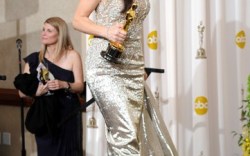 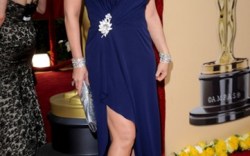 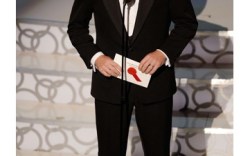 Movies aside, the Academy Awards are all about the fashion. Though voluminous dresses —from the likes of Marchesa, Oscar de la Renta, Valentino, Chanel and Donna Karan —hid most of the stunning shoes, FN kept a watchful eye on the stilettos and platform pumps that gave the stars a lift during the show.

Best Actress nominee Carey Mulligan (“An Education”) made her Oscar debut in head-to-toe Prada, donning sky-high black heels as she took the stage with Zoe Saldana to announce the Best Short Film winner. Saldana, who starred in the nominated “Avatar” and “Star Trek,” went bold in all purple, pairing a poufy Givenchy Couture gown with the fashion house’s platform, T-strap heels.

Though Jennifer Lopez has proclaimed her love for her Louboutins with a song named for the red-soled shoes, she turned to satin Salvatore Ferragamo pumps for Oscar night. The brand was also a big hit with the men, including Matt Damon, who was nominated for his role in “Invictus,” presenter Jake Gyllenhaal and “Star Trek” star Chris Pine.

Tom Ford sported his eponymous line, as did Colin Firth — who was nominated for his starring role in the designer’s first film, “A Single Man” — and presenter Ryan Reynolds. Co-host Alec Baldwin went for Cole Haan, donning two styles over the course of the night, while Ryan Seacrest wore the brand on the red carpet as he dished with the nominees walking the red carpet at L.A.’s Kodak Theatre.