Retailer of the Year: Selfridges 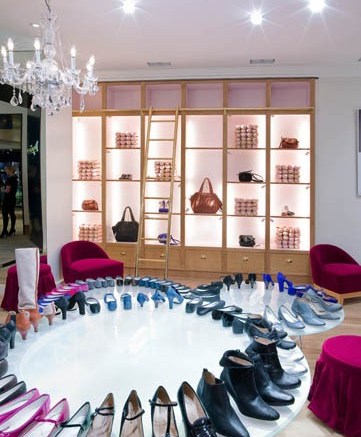 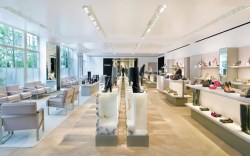 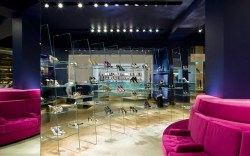 London retailer Selfridges is laying claim to the title of largest shoe department in the world.

With the debut of its 35,000-sq.-ft. Shoe Galleries in September, Selfridges has cemented its status as the must-visit shopping destination for tourists and locals alike. As a result, not only has store traffic increased but sales have more than doubled.

“We have beat the two-year sales forecast,” said Sebastian Manes, director of accessories and footwear at Selfridges and part of the team behind the Shoe Galleries’ redesign, which reportedly cost at least 10 million pounds, or $16 million at current exchange. “In fact, we are nearing the three-year forecast within just eight weeks.”

Neil Clifford, CEO of Kurt Geiger, which operates the Shoe Galleries, called the revamp “a brilliant business move” and lauded its timing.

“The previous shoe department was extremely successful, but 10 years old. Footwear is having a strong moment … [and] the department … has exceeded all our expectations,” said Clifford.

British shoe designer Rupert Sanderson, whose eponymous line has been in Selfridges since 2007, said his sales there have more than doubled since the new look was unveiled, and he credits the store with creating a powerful shopping environment.

“I love the introduction of natural light and the obvious commitment to the architect’s vision, [including] tables made of wooden lasts [and] 16 unique patterns of parquet flooring. It shows bravery and a belief that shoes are a hugely important part of the Selfridges business,” said Sanderson.

Jimmy Choo has also seen a significant increase in sales at Selfridges, according to the brand’s CEO, Joshua Schulman.

“Selfridges took a category-killer approach to women’s footwear by offering a broad array of products, from Topshop and Havaianas to Chanel and Jimmy Choo, balancing product authority with a sense of theater. They have raised the bar, and I expect that other global retailers will take notice,” he said.

Such accolades are music to Manes’ ears. The shoe department’s makeover was in the works for three years, he said, and was an “obvious natural progression” after the 2007 opening of the Wonder Room, a 19,000-sq.-ft. space dedicated to luxury items, fine jewelry and other precious gifts.

Although Selfridges’ old shoe department was large, it was “not very impressive and had fallen behind due to a lack of serious investment in [it],” said George Wallace, retail specialist at U.K.-based MHE Retail.

Now the store has focused its strategy on providing a mix of mainstream and luxury brands, as well as those that have not opened stand-alone shops for shoes, such as River Island, Topshop, Office and All Saints. The department opened with more than 35 exclusive styles, which also will be a priority going forward.

Manes told Footwear News that the Shoe Galleries were modeled after the Château de Versailles in France and were inspired by exhibitions held there, such as the one by American artist Jeff Koons that ran in 2008 and featured, among other sculptures, a red aluminum lobster floating above the Salon de Mars.

“The first thing [we wanted to do] was to create the largest space [for shoes] in the world, but despite the size we wanted to retain an intimate feel and create identities in the rooms. The Jeff Koons exhibition at Versailles was like that — a succession of rooms [with] guest artists coming in to fill the spaces and a garden at the end,” said Manes.

The result: Selfridges’ Shoe Galleries now boasts 55,000 shoes in stock at any one time, 4,000 pairs on display from more than 150 brands, 11 designer “apartments” (or shop-in-shops) and one hanging garden.

Wallace lauded the move as a “strategic rationale in a growing market [as] footwear has become such a key category at the upper-middle and premium ends.”

The firm is now focused on making sure shoppers continue to come and add to the total revenue of the Selfridges Group, which is projected to hit about 2 billion pounds, or $3.2 billion at current exchange, in 2011.

Events for the Selfridges Shoe Galleries have already been planned through Christmas 2011 and will include various collaborations for pop-up shops in the center of the department every few weeks, said Manes.

First up in January is a project with London’s Victoria and Albert Museum to display a selection of conceptual footwear from the museum’s archive, such as a shoe for sheep and a shoe for a giant man.

In February, the pop-up store will display a collection by London-based designer Chau Har Lee, who already sells her footwear at Selfridges on a made-to-order basis.

“In terms of competition, Galeries Lafayette would be the second-largest [shoe department] in the world,” said Manes. “[But] all the stores that are selling shoes will be competing with us.”