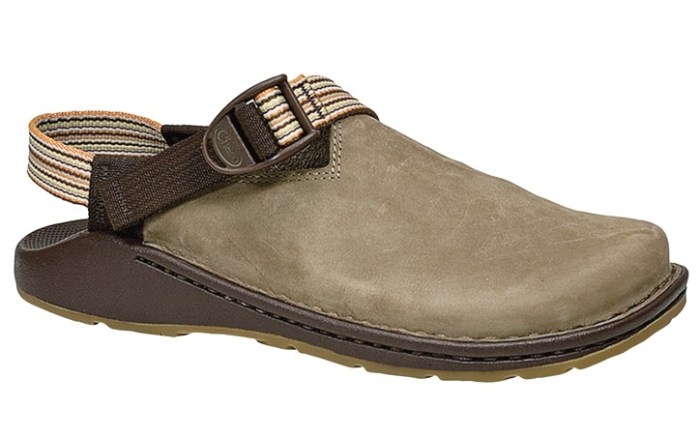 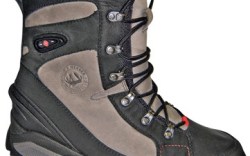 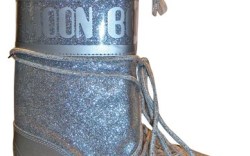 After being acquired by Rockford, Mich.-based Wolverine World Wide last year, Chaco, known for its river-rafting sandals, decided to reboot its closed-toe offering, said Brandan Hill, director of product development for the brand. “What our customers are telling us is that they want to take the Z sandal [Chaco’s original and best-known sandal] into cold weather,” he said. Hill and his designers created two styles for men and women that combine the Z sandal’s webbing materials and polyurethane footbed with waterproof leathers on the upper, which are stitched directly to the midsole. The shoes also use the heel strap to replace a traditional heel counterin the Ped Shed design, giving the wearer the option of collapsing the heel to wear the shoe as a clog, as with the Toe Coop (at left). Both designs feature Vibram outsoles, which can be sent back to the company or taken to a shoe repair specialist to be resoled. The Ped Shed and Toe Coop are each available in four colors and will retail for $120 and $110, respectively, with distribution open to all Chaco accounts, including outdoor shops and comfort independents. Delivery is set for July 15.

Salt Lake City-based Wenger Footwear is getting into the heated footwear game with its fall ’10 Boar style for men (below)and women. The 8-inch, cold-weather boot features a rechargeable heating unit on the boot shaft that can be adjusted. In addition, the boots have OutDry waterproofing and 400 grams of Thinsulate insulation. Available in two colors in leather, the $250 Boar will be targeted to outdoor shops, better sporting goods stores, catalog and online accounts, and select independents. Delivery is scheduled for July/August.

Italian boot company Tecnica is celebrating the 40th anniversary of its iconic Moon Boot with a nod to the past and a look to the future. The company has reissued the original unisex boot in the original nylon, as well as in glitter (below), patent leather and croc embossed leather. The boots are set to deliver in August/September to outdoor and fashion accounts, with price points between $100 and $325. The company also has taken inspiration from the well-known silhouette for a remastered set of boots under the Butter and Puddle Jumper names. The boots feature anatomical lasts that differentiate between left and right, as well as full sizes and a slimmer silhouette. Also made in Italy, the boots range from $135 to $180.