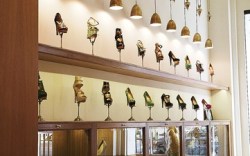 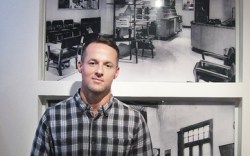 For designers on the road to success, a branded store can be an important mile marker, showing they’re established enough to take control of their image, distribution and customer interaction.

But while industry experts said the benefits are plentiful, they also cautioned that such a move is expensive, involves a lot of risk and requires a different set of management skills.

“A designer’s reach is multiplied when the brand is put in front of department store customers at, say, Bloomingdale’s or Saks,” said Anne Brouwer, senior partner at retail consulting firm MacMillanDoolittle. “But [customers] may not be getting a full expression of what [the brand] stands for because of other merchandise that the stores put around it.”

Indeed, for Young, who recently opened his first store on Rue Jean-Jacques Rousseau in Paris to house his eponymous line, the store offered a chance to show it all. “We’d just launched a line of ready-to-wear [leather jackets] … in beautiful rare skins and we needed our own space to present everything in the same place and at the same time,” said the designer, who debuted his label in 2008.

Dellal and Ingelmo also described the decision as a natural progression for their businesses.

“Luxury brands are often defined by their retail concepts,” said Dellal, adding that favorable 2009 sales for her Charlotte Olympia label gave her the confidence to open a shop in the Mayfair area of London this summer. “It’s also fantastic to finally see our clients face to face and to get direct feedback on the shoes.”

Ingelmo, who bowed a shop-cum-showroom in September near his home in New York’s Soho neighborhood, is using the space, which is reminiscent of an old-school cobbler shop, to sell exclusive styles such as women’s sneakers. The Cuban-born designer acknowledged he was taking a big risk — especially as luxury spending is still tentative despite reports of an economic upswing — but that it was one worth taking.

“I’m not going to follow trends and be scared of downturns, [because] I am secure in my brand and my identity,” he said.

A branded store also can open up opportunities when wholesale networks become restrictive. British designer Rupert Sanderson, who launched his shoe line nearly a decade ago, said wholesale businesses are more difficult to control and revenues can swing widely from season to season. “You’re slightly at the mercy of the retailer you’re selling to. If they’re having a crappy year, it affects your business,” said Sanderson, who recently bowed his fourth standalone store, in Hong Kong.

Alternatively, retailers have become more selective with vendors in a post-recession environment. George Wallace, retail strategy consultant at U.K.-based MHE Retail, said the key is to eventually strike a balance between both operations.

“Commercially, designers have to rely on wholesale [sales to drive revenue], but having their own stores means they get to set up their collections in a beautiful way. In the end, the retail business is complementary to the wholesale business,” said Wallace.

Still, industry experts noted that the risks of opening retail are high, especially as creative types are not often trained to run a business.

“Retail is detail,” Brouwer said, adding that designers sometimes do not anticipate large operational costs, as well as inventory, rent, taxes, insurance and labor. Depending on the size and location of the store, startup costs can range from $10,000 to $200,000, experts estimated.

Dellal admitted that number crunching has become “increasingly complex and time consuming” as her brand grows. “As a small business, we don’t have a marketing budget to compete with our large competitors, so we really rely on the shoes doing the work [to drive sales],” she said.

The risk of failure seems smaller for designers such as Young who have financial backing. “I can fully concentrate on the artistic and design part without worrying. Our GM is also an expert on luxury fashion, [having been] an executive board member at LVMH for more than 15 years,” said Young, adding that a store in New York is already in the works.

In spite of the difficulties, boutiques are fast becoming an important part of any emerging designer’s business plan. However, they must be patient as success can take years.

One thing is for certain at this stage: Opening retail “feels right and instinctively makes sense,” said Sanderson. “In very brutal terms, if you’re not prepared to take a risk by opening your own shop, why on earth would any other wholesaler be interested in taking your product?”