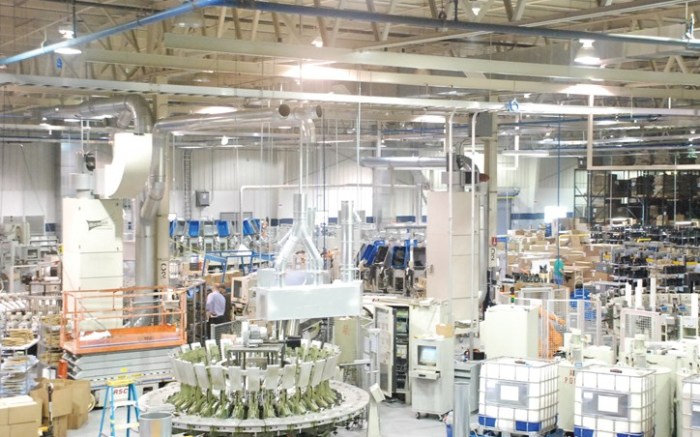 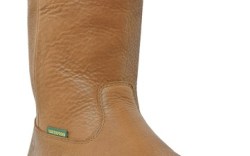 When it comes to their work wear, today’s bluecollar guys are waving the American flag.

To help fuel the economy and support their fellow workers, consumers are showing a renewed interest in buying workboots that are made in the U.S. And the timing couldn’t be better as more boot brands — including John Deere, Justin and LaCrosse Footwear — are increasing domestic production as prices in China continue to soar.

For retailers, too, the change has been positive. “More customers are mentioning [U.S. product] lately,” said Wayne Musick, owner of The Boot Store in Nicholasville, Ky. “They’re asking where boots are made. Some tend to shy away from imports. They prefer domestically made product.” And, he added, they’re often willing to pay more to support manufacturing jobs at home.

Bobby James, owner of James Family Outfitters in Grayson, Ky., agreed: “I’ve noticed more [customers] asking for [American-made product] since the economy got tough,” he said. “[The recession] woke up a lot of people. This nation needs to take care of itself a little more.”

James carries domestically produced boots from Red Wing, Justin and Carolina, which account for about 20 percent of his store’s inventory. He’s optimistic about that number rising, as other brands have announced they’re once again looking stateside for production.

Clarksville, Tenn.-based Dan Post Boot Co., licensee for John Deere workboots, is one such company. Marketing manager Sherry Weaver said e-mails from consumers prompted the company to source workboots in the U.S. In January, John Deere will introduce a series of general-use boots produced in a North Carolina factory owned by Dan Post’s parent company, McCrae Industries. The series will account for about 15 percent of John Deere’s footwear collection.

“As times and jobs get harder, consumers are looking for American-made product,” said Weaver. “McCrae bought new [direct-inject] equipment that lends itself to what we want to do, so we decided to take advantage of it.”

While Justin Boot Co. has been producing Justin Originals Workboots since 1997, with about 55 percent of the offering made in the U.S., the Fort Worth, Texas-based company expanded the mix in June with the addition of the J-Max collection, produced in its Missouri plant.

Brandon Barker, brand manager of Justin Originals Workboots, said J-Max was created to elevate the comfort and performance, and will retail for $139 to $160. “We’re creating more drive and desire [for consumers] to want to buy better-quality American-made products,” he said.

To spread the word, Justin has gotten some help from retailer PFI in Springfield, Mo. The store launched last year a series of 30-minute cable shows on RFD-TV titled “American Made Tour,” and featured Justin in one of the episodes. “Patriotism is at an all-time high,” said Paul Patterson, PFI’s GM. “The American worker is looking for product still made in the U.S. And soon, prices may not be too different between imports and U.S. product.”

Indeed, Wellco Enterprises of Knoxville, Tenn., is finding that prices of goods sourced in China are slowly catching up to American-made products. “Foreign prices have increased,” said Erron Sorenson, VP of the commercial business unit. “They’re nearly comparable to U.S. product due to duties [levied on them], rising transportation and labor costs. It’s getting to be where the U.S. consumer is willing to pay the 10 percent more for [American goods].”

To take advantage of that sentiment, Wellco will offer its first series of workboots assembled in the U.S. for spring ’11. The collection will be produced in the company’s new 40,000-sq.-ft., state-of-the-art facility in Morristown, Tenn., where it also manufactures military, law enforcement and hunting boots. The work looks will be made on machinery recently acquired for the production of direct-attach footwear.

“We made a decision to invest more technology in Morristown,” said Lee Ferguson, CEO of Wellco’s parent company, Tactical Holdings. “The market in China has been unstable over the past year. There’s been a big change, and we felt the effect in 2009. It was harder to fill orders and get on-time deliveries.”

While roughly one-third of Wellco’s non-military production is done domestically, Ferguson expects that number to hit 50 percent within the next two years.

At LaCrosse Footwear, the debut of a 59,000-sq.-ft. Danner factory — twice the size of the previous facility in its hometown of Portland, Ore. — has meant the company could produce 12 workboot styles there, compared with the nine it made before (or one-third of its line).

“It makes good sense to have part of our sourcing in different regions of the world,” said Chris Wojnar, product line manager for LaCrosse and Danner’s work category. “We’re fortunate to be able to make product in the U.S. It’s a great strategy that takes pressure off Chinese [production] and its uncertainty.”