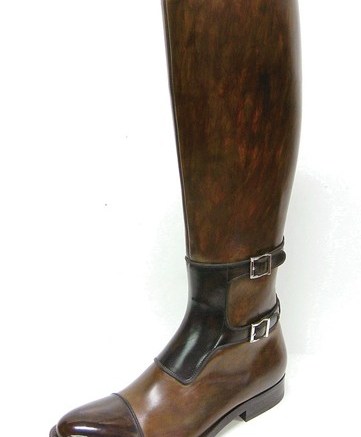 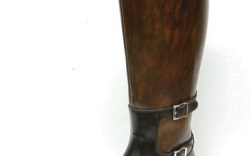 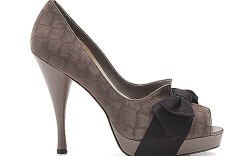 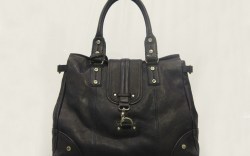 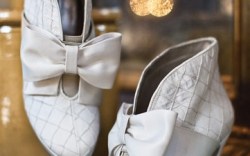 Good & Plenty
Tracy Reese is launching casual and vintage-inspired footwear under the Plenty by Tracy Reese banner for fall. Coordinating with the apparel collection of the same name, the 30-style line features flats, heels, clogs and boots with touches of masculine detail, including tassels and lug soles. The collection, produced by Highline United, is set to retail for between $99 for flats and $199 for boots and is targeted to major department stores and boutiques carrying the clothing line.

Girl Time
Menswear staple Magnanni is taking on the women’s footwear market. A line of shoes and boots for fall ’10 is outfitted in dark brown and black antiqued leather and embellished with buckles and unique details. The 100-style collection includes a mix of dress boots, aviators, riding boots and hiking styles, with prices ranging from $295 to $495 for shoes and $495 to $695 for boots. The women’s offering will be available at high-end department stores and independent shops nationwide.

Wild Child
Pour La Victoire will bow a series of rock ’n’ roll and bondage-inspired handbags for fall. The 12-style line, which ties in with Pour La Victoire’s footwear, is made from soft and lightweight black leathers embellished with studs. Set to retail from $300 to $500, the bags will be sold at Bergdorf Goodman, Shopbop.com and Intermix.

Higher Ground
Adrienne Vittadini footwear is moving on up. The New York-based apparel brand, which relaunched the Adrienne Vittadini shoe line last spring, is debuting the higher-end Adrienne Vittadini Collection for fall ’10. The line, produced by licensee Will-Rich Co., comprises 14 styles, including kitten heels, slingback pumps and tall boots detailed in leather, animal prints and fabrics. Priced between $165 for shoes and $450 for boots, the line has been picked up by Lord & Taylor and is being targeted to Neiman Marcus, Bloomingdale’s and Nordstrom.

In the Bag
Corso Como is branching out beyond footwear. The San Francisco-based company is offering two handbag collections for fall ’10 — the higher-end Corso Como and a diffusion line under the Ciao Bella nameplate — with licensee HBA Accessories. The 15-style Corso Como line comes in a variety of leather styles, from clutches to totes, in neutral tones, metallics and brights. Priced from $168 to $368 for bags and $48 to $128 for wallets, the Corso Como collection is being targeted to Bloomingdale’s, Nordstrom and other high-end shops. The non-leather Ciao Bella line is expected to retail for $48 to $98 at department stores such as Macy’s, Kohl’s and Bon-Ton.

Wedding Belle
Ann Roth shoes are walking down the aisle for fall. The Atlanta-based women’s shoe brand is adding a vintage-inspired bridal collection with eight customizable styles. Handcrafted in Spain, the shoes are made from white and ivory silk, satin and leather, and finished with embellishments including vintage organza and velvet flowers. Retailing from $315 to $650, the bridal line will be available in European sizes 35 to 42 in select boutiques in the U.S. and Europe, as well as at Annrothshoes.com.

Debut Party
Spanish designer Elisa Palomino, who has worked with John Galliano and Diane Von Furstenberg, is going solo. The fall ’10 debut of the designer’s eponymous label features four footwear styles that take inspiration from the work of 1920s Japanese illustrator Kasho Takahata. The shoes — produced in a color palette that includes light-pink and fuchsia — feature materials such as suede, leather, silk, mixed chiffon, shearling and lace, and will sell for $600 to $850 at Debut NY.

Bridging the Gap
Messeca New York Footwear has been creating private label for almost two decades, but for fall ’10, the company is bowing a line under its own name. Created by Jacques Messeca, who was also behind the spring ’10 launch of Mea Shadow, the 16-style Messeca collection includes studded over-the-knee boots and funky Mary Jane looks. Priced between $99 and $309 at retail, the line has been picked up by Endless.com, Lloyd’s in Carmel, Calif., and World Class Footwear in Miami.