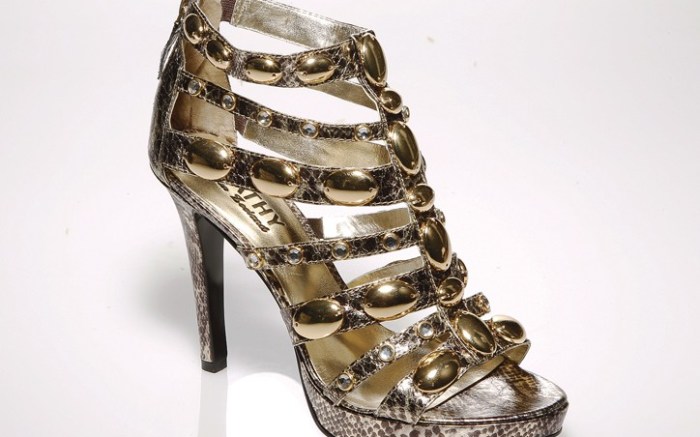 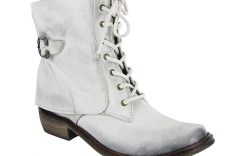 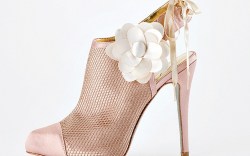 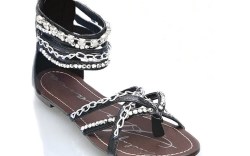 Bag Lady
Handbag maven Kathy Van Zeeland is making inroads with retailers for her debut fall shoe collection. The designer — along with New York-based LF USA, which acquired her brand in December 2008 — is unveiling a collection of highly embellished flats, kitten heels and over-the-knee boots. Playing up details from the handbag collection, such as studs and exotic prints, the 65-style footwear offering is priced between $59 for flats and $130 for boots. It is expected to retail at department stores, including Macy’s and Von Maur, as well as specialty boutiques.

Stepping Up
MIA Shoes is taking things up a notch for fall ’10. After rolling out a soft launch of higher-end footwear, the Miami-based brand is bowing a broader offering of Brazil-made footwear priced between $100 and $350. The line, callled MIA Limited Edition, includes 30 styles, ranging from flat booties and oxfords to high-shafted boots and wooden wedges in neutral blacks, browns and grays. MIA Limited Edition is being targeted to independent boutiques nationwide.

Bridal Path
Wedding bells are ringing at Charles David for fall ’10. The Culver City, Calif.-based brand is bowing a seven-style collection of bridal footwear, from ballet flats to booties. Detailed with lace overlay, chiffon flowers and satin embellishments, the shoes will be offered in champagne, white, black and blush hues. The line, priced between $98 and $175 at retail, is set to ship in October and be offered at Charles David stores and Nordstrom.

Havana Nights
Juniors’ clothing brand Vintage Havana is getting into footwear. The Hillside, N.J.-based company, known for its sundresses and beach looks, is launching this summer with seven sandal styles, including embellished flip-flops and metallic gladiator looks. Produced in-house, the $39-to-$54 line is expected to retail at Bloomingdale’s, Lester’s in New York, National Jean Co. and other independent boutiques.