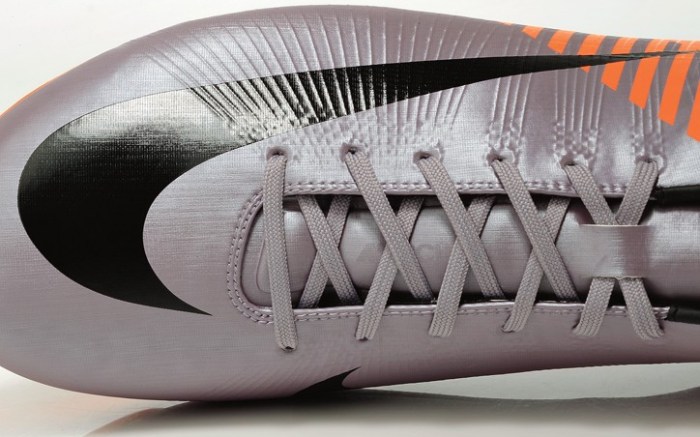 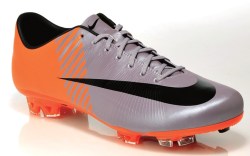 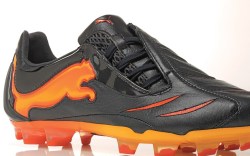 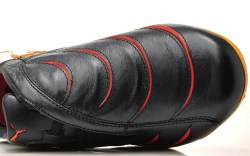 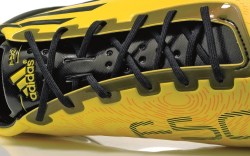 When the World Cup formally begins this Friday, all eyes will be on the soccer pitches of South Africa and on the attention-getting boots of the players. The major athletic brands pulled out all the stops to create cutting-edge product that takes the category to new technical heights. Here, the brands sound off on what innovations players can expect for the kickoff.

Nike Mercurial Vapor SuperFly II Elite
$400
What sets it apart: The two front studs can retract or extend up to 3 millimeters to adapt to both the ground conditions and a given player’s weight and force, adding stability, and the latest Nike Flywire in the upper gives a more responsive fit. But it’s the color innovation that’s bound to catch most people’s attention. According to Phil Dickinson, global creative director for football at Nike, the purple and orange was designed to give players an advantage as they pass on the field because the high-contrast pairing gives visual cues to teammates as to where the ball is going and how it’s being passed, which can be “really critical in making those split-second decisions,” Dickinson said.
Worn by: Cristiano Ronaldo (Portugal), Clint Dempsey (U.S.) and Robinho (Brazil)

Puma PowerCat 1.10 Tricks
$210
What sets it apart: Aesthetically speaking, Puma’s new power-oriented boot plays into the sun-sky-earth motif of the brand’s Africa Unity kit by grounding it with fiery colors meant to evoke the earth’s core. But technically speaking, the boot is designed to help players defy gravity. “[The shoe] is all about adding power to releasing the ball when you’re shooting,” said Filip Trulsson, Puma international brand and marketing director. Designed with the company’s Springtech foam in gills across the vamp, the boot is meant to absorb and then release energy. “It’s a bit like when you shoot with a handgun — the recoil effect,” Trulsson said of the style, one of the first purely power-oriented styles from the company in a long time. “It puts more power behind the ball.”
Worn by: Samuel Eto’o (Cameroon), John Mensah (Ghana) and Emmanuel Eboué (Ivory Coast)

Adidas F50 AdiZero
$200
What sets it apart: When designers got the brief on this shoe 22 months ago, senior product manager for Adidas football Aubrey Dolan said, it was all about making it light. “Players tell us, ‘I want to be faster; I need to be faster,’” Dolan said. “And to us, that meant lightweight product.” Taking inspiration from a sprinter’s spike, the Adidas team used a single-layer synthetic for the upper to cut down the weight to 165 grams (standard boots weigh in closer to 300 grams). The company also re-engineered the studs and stud pattern. “We wanted to make the player quicker with the outsole,” Dolan said. “The new stud shape allows for maximum acceleration in the linear direction, but also laterally and medially, which is so important in soccer nowadays.”
Worn by: Lionel Messi (Argentina), Jozy Altidore (U.S.), David Villa (Spain) and Lukas Podolski (Germany)