Will the Next Shoe Revolution Be Barefoot? 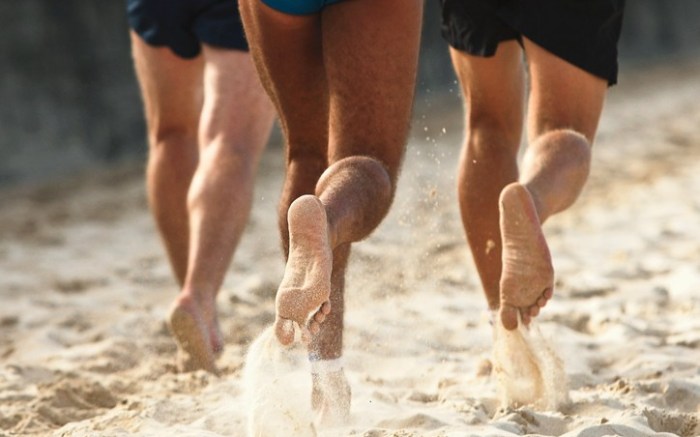 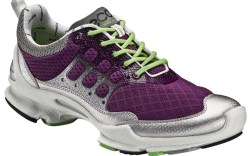 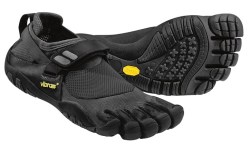 The biggest story in running footwear today is shoes that feel less like shoes than ever.

The idea of barefoot technique running isn’t new. Nike Free, a series of shoes designed by biomechanics expert Peter Bruggemann to transition runners to an unstructured, barefoot-like gait, hit the market in 2005. But with recent shoe releases from Newton, Ecco Biom and Vibram Five Fingers ringing up sales — and more entries to come from Saucony and K-Swiss, among others — the category has hit a new high.

With shoes that put the feet much lower to the ground and provide less padding in the heel, runners learn to move away from a heel-striking gait to a shorter, more midfoot-centered stride. The technique, also known as natural motion, biomechanically correct running and midfoot running, has plenty of proponents, who credit it with reducing stress on the body and making faster, more fluid runners. And with a spate of recent media attention, vendors in the field say they’ve seen awareness skyrocket.

“Five Fingers is opening everyone’s eyes,” said David Helter, GM of performance for Danish company Ecco, which manufactures Biom. Helter said that when he first started selling Biom 18 months ago, he needed to work to educate retailers. But now, he explained, Biom is in more than 50 stores and retailers “at least want to hear about it, which is half the battle.”

While the success of Vibram’s Five Fingers articulated-toe product has been fast and furious (the firm tripled sales last year, due, in large part, to Five Fingers), Vibram CEO and President Tony Post sees the larger market growing as well. “[Our shoes are] a little too eccentric for most people. But the built-in principle — that’s not eccentric,” he said.

Such appeal, said Ecco’s Helter, is a sales opportunity for retailers. “I’m not trying to displace motion control or stability,” he said.

As more players enter the market, the question has become whether barefoot technique running can become its own category in stores. Some retailers said yes.

“There’s a perfect storm,” said Mark Rouse, owner of Runners High ’n’ Tri in Arlington Heights, Ill., about the confluence of product, media attention and consumer interest in the category. Natural shoes now make up about 35 percent of his business, up from 15 percent last year, and Rouse said the category has brought new customers into his store.

“[Natural running] is not going to steal share — it expands the pool of runners,” he said. Rouse is a convert himself: He credits Newton, a brand he was first to wholesale, and its midfoot technique with saving his own running career. Now he’s seeing the impact of Newton and Vibram, both of which he carries, spreading into more mainstream shoes. Still, he doesn’t expect natural running to replace mainstream business. “It’s not for everybody,” he said. “Stability shoes are not going away; motion control shoes are not going away. But [barefoot technique] has got some real staying power.”

Curt Munson, owner of Okemos, Mich.-based Playmakers, agreed. While he said he’s seen good sales in less structured shoes, the technique also has the potential to influence the broader market. “You’ll have the [natural running] category, as well as a new one that’s going to be more minimalist and lower profile — and it will be significant.”

Sound Runner, a three-store chain headquartered in Brantford, Conn., is a little more cautious. Owner Robert Francis, an engineer by training, said he can’t help but be influenced by his background.

“We don’t have data on the podiatric problems of primitive people, but we do know what force is and that all impact must be attenuated with every foot strike,” he said. “This can be done in only four ways: by the running surface, the footwear, the musculoskeletal system or the cranium.”

His wife, Julie Francis, said the store has started small, recognizing that the shoes can be part of a good training program. Sound Runner will carry Five Fingers starting in August, and Julie Francis said the emphasis will be on educating people about natural technique, and how to use it as part of a broader routine.

“What cemented it for us was, after reading all the articles, we started seeing people come in who didn’t fit the profile of someone who should necessarily be doing barefoot running,” she said. “And we thought, ‘We really need to be a part of this so we can explain to people why it can work and how. As a specialty running store, someone who does sit-and-fit, it became important to us to make sure we have all the information.”

For Kris Hartner, owner of Naperville Running Co. in Naperville, Ill., barefoot runs (as in, completely shoeless) were a part of his training even in high school. He now carries a wide range of barefoot shoes — Vibram, Biom and Newton, as well as Nike Free — and said the category has grown exponentially, from 2 percent of his business a year ago to almost 10 percent now.

“Sales are predominantly additive,” he said. “It’s like Bosu balls or stretch bands.” Hartner said sellouts on Five Fingers and steady sales in Biom, Nike Free and Newton have made the decision an easy one. “We certainly are big fans of it all.” As he sees it, barefoot running shoes are just part of the story. “It’s a component of training, a supplement to your daily regimen, like weight training. It’s a good [tool for improving] running form.”