Where Does Toning Go Next? 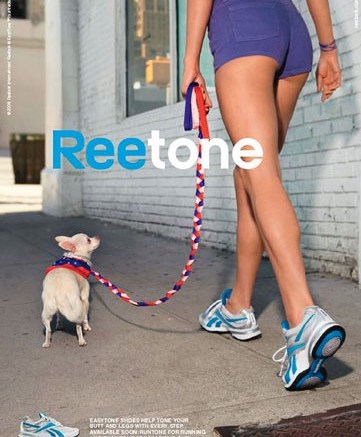 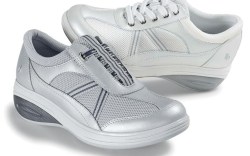 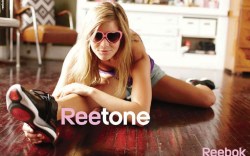 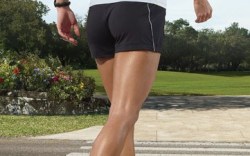 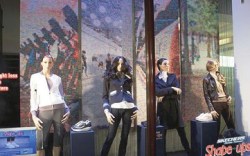 NEW YORK — How does toning top a full year of massive sales and major buzz? By exploring new avenues of growth and reenvisioning the category itself, industry experts said.

The market has changed considerably since last year, when Skechers and Reebok burst onto the scene with Shape-ups and EasyTone. In the past six months, athletic players from across the spectrum have joined them. American Sporting Goods Corp. brands Avia and Ryka premiered instability-based toning shoes to accounts such as DSW and The Finish Line; and in May, Collective Brands Inc.-owned Grasshopper debuted a health and wellness style exclusively with HSN. Even core running brands, including New Balance, which launched into toning in April, have gotten in on the act.

The toning category, which has its roots in the rocker-bottom wellness styles carried by comfort independents, is making a splash with instability-based product sold in the mall-based athletic retailers, family footwear chains and sporting goods dealers. Foot Locker, Finish Line, DSW and Dick’s Sporting Goods have all cited the shoes as standouts, and have made clear their dedication to the nascent category. Brown Shoe Co.-owned Famous Footwear is so bullish, in fact, that in May it launched an entire toning-centric customer outreach campaign highlighting its in-store offerings of Skechers, Reebok, Avia and L.A. Gear.

Such growth has quickly translated into sales. Port Washington, N.Y.-based NPD Group, which tracks the department store, family footwear and sporting goods channels, estimated that sales in the toning and shaping footwear market for men and women has increased to $74 million in April from $3.6 million in May 2009. Charlotte, N.C.-based SportsOneSource, which tracks sporting goods, specialty athletic and family and moderate department stores, pegs the number even higher, with sales soaring to potentially $1.5 billion in full-year 2010 from $300 million in 2009 (largely in the third quarter).

But while the long-term direction of the market isn’t clear, almost everyone agrees that toning will enjoy more success. “Every business — new or old — has a ceiling attached to it, and the question is how much growth can you expect? I don’t know yet when the saturation point comes for toning, but we, at least, have not seen it yet,” said Uli Becker, president and CEO of Reebok. “We’re not even close to reaching a limit in 2010.”

“We’re nowhere close to being at any kind of saturation level,” agreed SportsOneSource analyst Matt Powell. “If we do $1.5 billion this year, it could be easily $2 billion in 2011.”

Christopher Svezia, an analyst at Susquehanna Financial Group, observed, “We’re really just in the first generation of product [from most vendors]. If you look at the branded footwear business, it’s a $17 billion business. Toning might be 10 percent of that this year, so there’s room to grow.”

But brands won’t rest on their laurels. Athletic firms told Footwear News they are aggressively targeting new consumers and broader markets. And looking even further into the future, brands and retailers said they are betting the category will continue to evolve and expand.

To date, toning’s allure has been a largely American phenomenon, but the vast potential outside the U.S. has brands feeling hopeful.

Boston-based New Balance will hit the international scene in the third quarter — with launches planned in Japan, Latin America, Asia-Pacific, Europe, the Middle East and Africa through the end of the year.

As for Reebok, Becker told FN the brand has put the same marketing strength behind campaigns in international markets as it has done in the U.S., with good initial responses in Germany, France and the U.K.

“Italy and Iberia have just started,” he said. “And we’ve put marketing dollars in Russia, India and Korea. We’re seeing similar tendencies in those markets as we saw in the U.S. The rest of the world is on a six- to nine-month delay [from the success in the U.S.], but the tendencies are very similar.”

Fila, which debuted its first toning shoes earlier this year (with three more product lines set for spring ’11), has also researched the foreign markets. “We just held our international sales meeting in Miami, and from Latin America to Russia to China to Canada, it was the most exciting part of the conversation,” said Jon Epstein, president of Fila USA Inc.

Of course, brands will have to customize their messages to target customers in different places. Dick Johnson, president and CEO of Foot Locker U.S., Lady Foot Locker, Kids Foot Locker and Foot Action, is not ruling out anything in terms of global opportunities for his stores, but he said he could not predict how the international consumer would respond to the shoes. “There’s an awful lot of fashion influence [in those markets] — a little bit more fashion than function,” particularly in Western Europe, he said. “But I could see it happening.” So can the growth overseas rival the growth here? “That’s a TBD,” he said.

Brands also are seeking to appeal to customers who are younger than the current toning demographic (mainly women in their 20s and older).

Epstein said Fila will target a youthful market next spring with a line of $80 shoes called Quik Tone that have “the bones of a running shoe,” but are colorful and fashionable.

“There are a lot of younger consumers who haven’t even entered into this product category because it hasn’t evolved for them,” Epstein said.

Fashionable product should succeed in attracting young shoppers, said Powell, noting that the second generation of product from Skechers and Reebok has already started to look less clunky. And the initial reaction to New Balance’s low-profile True Balance line, which launches next month, has been positive, he added.

So far though, the kids’ arena remains untapped. “Childhood obesity is a huge issue now,” said Powell. “If you find out a way to make product credible [as a solution], that could be another burst of growth for the category.”

And while the men’s business presents its own set of challenges, it is also an obvious target for more growth. NPD Group estimated that sales of toning footwear for men now account for approximately 10 percent of overall sales, up from 0.1 percent a year ago.

Skechers, in particular, has seen its men’s business perform well. According to Svezia, channel checks have shown demand that has even surprised retailers carrying the product.

New Balance began its toning push with women, but the brand said the men’s side will be addressed in the fourth quarter of 2010.

And Reebok has made male shoppers a priority: The RunTone product that debuted in March has a strong men’s component, and the basketball-influenced JumpTone line coming out next month is just for men. “Plain and simple, what is relevant for women also has a lot of relevance for men,” Becker said. “Making muscles work harder without changing the way you work [appeals to everyone]. The potential is definitely there.”

Still, convincing men to buy product labeled “toning” may continue to be a difficult sell. “How it’s positioned with men will be critically important,” said New Balance President and CEO Rob DeMartini. “I don’t think ‘toning’ is a word that will resonate well.” As a result, New Balance is looking at ways to promote its men’s initiative to sell the technology. If the brand can find a name that appeals to men, he said, “we think the response can be almost as strong [as it has been in women’s].”

As toning continues to perform beyond expectations, more industry watchers are trying to predict the future of the category and, more specifically, figure out where to expand its parameters. While there is no consensus, industry experts have outlined a few different paths that could prove fruitful.

The walking category, for instance, offers possibilities to get in on the toning action, even for those who haven’t entered the space yet. In fact, said Powell, taking advantage of the trust customers already have in certain brands can be a boon. By focusing on walking, running brands would have a legitimate entrée into the category. And toning could allow trail-walking brands, as well as brown shoe companies, to enter the wider field. (In fact, on the brown shoe side, a number of major brands have introduced walking lines that borrow heavily from toning, including Hush Puppies, Clarks and Rockport.) “There’s an opportunity for people to get into the fitness walking space who wouldn’t do a rocker bottom,” said Powell. “One of the core concepts of toning is that it creates instability, and [running brands have] spent their whole lives talking about stability.”

At Boston-based sporting goods chain City Sports, footwear category manager Brian Trask confirmed that the Reebok and Ryka toning styles it carries (the retailer will add New Balance next month) have been a “very interesting addition” to the walking category, with the new colors and technologies creating customer excitement. “[Toning has] broadened the walking category and added more customers,” he said.

Others have speculated that toning’s future lies as a subset of the training category.

“From a long-term potential standpoint, toning is a sustainable category [because] it’s part of training or health and fitness,” said Foot Locker’s Johnson. “But in and of itself? No idea. That’s a whole different discussion.”

What happens in the category will depend on manufacturers bringing new features to market and evolving the category into a larger space. “Can [brands] continue to bring more technology to it; can they update it and make it stay relevant?” Johnson asked. “It’s a very good subcategory, and it has really helped drive our technical running business. But this idea of a more active lifestyle, it’s definitely got some longer legs.”

Nike is another believer in the training genre. The Beaverton, Ore.-based company publicly stated it would not create a toning shoe — which Nike VP of merchandising and product Eric Sprunk described as “a shoe that makes your butt look better, your gut smaller and you feel better just walking around” — because, he explained, “no one can make that.” But at a recent meeting with investors, execs announced that for holiday ’10 or spring ’11, they will expand the five-year-old biomechanics-focused running and training line Nike Free to include first women’s and then men’s product meant for wear at or to the gym. The brand said it would now highlight the core- and leg-strengthening properties the sneakers have always contained, and that the shoes would sit in its training-product silo.

Still others see toning evolving as part of what may become an even larger wellness or health-focused category, growing to span a number of different concepts that promote better health in general.

Matt Rubel, chairman, president and CEO of Collective Brands, said the opportunity for his company’s brands — including Payless ShoeSource, Saucony and Grasshoppers — is in the broadness of the category’s potential appeal, from highly technical athletic product to fashion-comfort, all of which can emphasize a different aspect of health. “We see it as going beyond toning and into fitness,” he said. “We believe it will go anywhere from toning to fitness to activating muscles, with both highly technical product, as well as product that is aesthetically [focused] and drives muscle development.”

Analyst Marshal Cohen of NPD Group also sees the category moving in this direction. “The toning business is not going to grow at the astronomical rate it has been, but it’s going to continue to grow,” he said. “The growth of toning is going to be with a different focus; it’s going to be more about wellness and health.”