What’s Too Sexy in the Juniors’ Market? 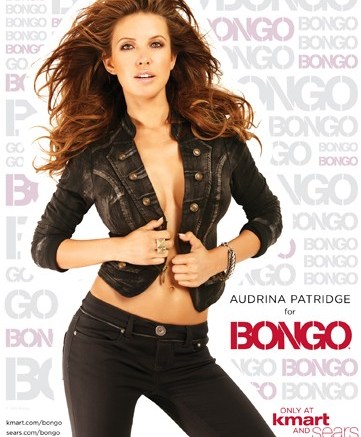 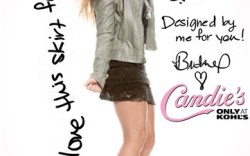 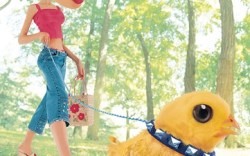 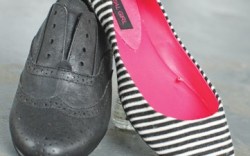 Has the age of innocence ended for juniors’ footwear?

On the heels of tween queen Miley Cyrus’ decidedly adult reinvention, as well as reality raunchfests such as MTV’s “Jersey Shore” and the resurrected and racier-than-ever Abercrombie & Fitch catalog, the footwear industry is abuzz about what’s appropriate for teen product lines and their retail customers.

“Sex in advertising is nothing new, but it’s new to footwear as of late,” said Marshal Cohen, chief industry analyst for The NPD Group. “Footwear ads used to be all about the image of the shoe, and it certainly wasn’t normal to be racy in the younger market.”

As footwear marketing changes with the times, brands continue to test boundaries with risqué content. For spring ’10, Aldo commissioned edgy photographer Terry Richardson to shoot model Jessica Stam for its “Dress the Part” campaign. The photos depict a variety of looks customers can recreate with Aldo accessories, including “Pin Up” and “Teenage Hellcat.” Also this spring, Sam Edelman stepped away from product-focused ads to feature a nearly naked model, often with a strategically placed exotic animal.

“Exhibitionism is more prevalent in our society, and this generation is certainly more narcissistic,” said Bob Mullaney, EVP and GM of Vida Brands, which produces shoes for BabyPhat, Pastry and other labels. “But the footwear industry has really just gone along with the macro trends in society and advertising.”

Still, some companies said that sexy ads are key to capturing the teen dollar. Iconix Brand Group Inc. makes no bones about the fact that sex helps sell some of the company’s brands. In recent months, Iconix tapped Audrina Patridge of “The Hills” to revive the Bongo label, “Gossip Girl” star Taylor Momsen is helping to launch Madonna’s Material Girl line, and supermodel Bar Rafaeli recently replaced Gisele Bündchen as the face of the Rampage brand. All three lines are targeted to teen consumers.

“We are a company that takes huge risks, but that’s why we have such huge payoffs,” said Dari Marder, chief marketing officer at Iconix.

The New York-based firm made major waves in 2009 when it signed pop star Britney Spears as the spokeswoman for Candie’s at a time when her career was in a downward spiral.

“We received more than 2 billion PR impressions when we announced Britney would be the new Candie’s girl,” said Marder, referring to the metrics used to determine the reach of publicity campaigns.

To those who say the company took it too far by hiring the pop star, Marder said the campaigns get results.

“You are always going to have the haters, but the proof is in the sales and the reaction of the true consumer,” she said. “Maybe our girl’s mom didn’t love the Britney campaign, but our girl did. It made her go to Kohl’s to the Candie’s section and buy the product. And we are marketing to the core demographic, not her mom.”

For the latest Bongo shoot with Patridge, the company was specific about its goals.

“We did two different photo shoots: one more sexy and one for back-to-school,” Patridge told Footwear News. “The photos are showing the different sides of Bongo, a sexy side, as well as a casual side.”

Easy access to and mass fascination with runway styles have also had an impact on the juniors’ market, ushering in more adult fashion trends, experts said.

“Brands like Jeffrey Campbell and Steve Madden take liberal inspiration from the runway,” said Christina Mannatt, an analyst at trend forecasting firm Stylesight. “As those designer shoes get higher and more sexy, the effect trickles down to the [juniors’ market].”

Indeed, the line between the juniors’ and women’s categories has become increasingly blurred as brands are forced to cater to both teenagers and their moms.

“Steve’s initial vision, when the company launched in 1990, was to give 13- to 17-year-old girls a hip way to express their individuality,” said Rob Schmertz, brand director at Steve Madden. “We launched the ‘Big Heads’ campaign, which broke away from conventional supermodel fashion images. The message was ‘You don’t have to be [a sexy supermodel] to look cool.’”

As the company looks to revive the “Big Heads” campaign in the coming seasons, it faces a changed marketplace, one where the brand’s consumers want to look older, and that’s a tricky balancing act.

“There’s a fine line between being sexy and cool, and being cheesy,” Schmertz said.

Still, sources said that in a market saturated with sleaze, there is still demand for demure footwear for teens.

“A lot of our customers have high expectations for their daughters and are not going to let them get away with wearing [overly provocative styles],” said Laurel Tate, co-owner of the Two Sole Sisters boutique in Boulder, Colo. “The daughter will say ‘I have to have these,’ and the mother will say ‘They really need to be an inch shorter.’”

“When you try to engage the girls in a provocative way, you alienate more than you titillate. You might get her attention for a minute, but we want to be with her for the long term,” she said. “Our girl lives in Nebraska and Missouri, the real American heartland. Her sensibilities are not going to be compromised.”

At Vida Brands, Mullaney and his team strive to maintain a clear distinction between the raciness of BabyPhat and the more whimsical look of Pastry.

“We purposely monitor Pastry so it doesn’t get controversial or vulgar. Our tag line is ‘Sweet, chic and unique.’ It doesn’t mean she can’t be flirty, but [overt sexiness] is just not part of the brand’s DNA.”

And even though the sexpot look is at critical mass, a return to sweeter styles could be on the horizon — at some point.

“There are media personalities, like [MTV’s] Alexa Chung, who are known for tomboy looks,” said Stylesight’s Mannatt. “She wears kitten heels and flats, which Marc Jacobs recently sent down the runway. Sensible styles will definitely trickle down again.”