What’s in Store: The Future of Retail 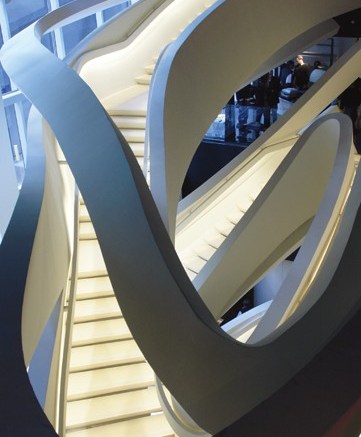 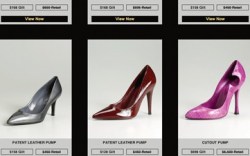 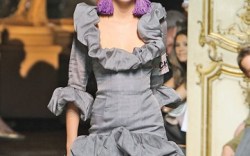 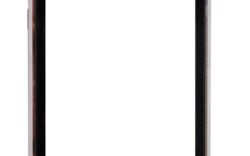 Welcome to the future.

Retailing is fast becoming the new sci-fi channel, thanks to emerging software and in-development gadgets that are beginning to reinvent how consumers buy, and, in many cases, find places to shop.

Indeed, the technological transformation is happening, experts suggest, because the online and offline retail experiences are increasingly blurring. Virtual information is now being layered over the physical world, and that’s impacting traditional commerce.

According to Thomas Frey, executive director and senior futurist at the DaVinci Institute, a non-profit think tank for idea junkies, within two years cell phones will feature another perk: object-recognition software. He said shoppers will be able to point their cell phones at other pedestrians to find out what brands of footwear and apparel they’re wearing, how much it costs and the closest store that sells the merchandise.

Even better, consumers will already have their exact body measurements — from waist size to foot size — scanned into their handheld devices, enabling them to call up an immediate visual of what a potential purchase would look like on them.

Of course, all that will have a dramatic impact on the stores of tomorrow, from inventory levels and product displays to staffing and impulse buying.

“The store experience will be more about that whole shopping experience,” Frey said. “Stores will be built around that. No longer will it be sufficient for product to be just sitting idly on a shelf. There has to be some sort of energy and vibrancy to these products. So retailers need to be creative in how they develop these stores.”

To that end, other industry watchers say in the not-too-distant future, stores will feature product that becomes technologically activated by motion.

“The technology is raw in this area, but down the road, a woman will be able to pick up a pair of red shoes and an overhead projection will trigger some kind of virtual activity, telling her about the shoe, where it was made, what it looked like on the runways and how it can be worn,” said Joseph Bona, retail division president of CBX, a branding and design firm specializing in store environments. “It’s all about arming people with more information and making it so there’s more engagement.”

That’s no surprise, experts said, because shoppers are demanding efficient, informative experiences where they remain in control throughout the process.

That’s one reason online shopping has grown so fast. It also explains why, for the first time, 2009 experienced more Internet data traffic on phones than on computers, according to some figures.

“People don’t like to be hassled,” said Bona. “They can go online or to their phones, see what they want and place an order. There are no long lines to contend with. No traffic to fight. No temporary help that doesn’t know what they’re doing. And they know right away if the desired item is in. The question, then, is how can retailers take that experience and build it into traditional brick-and-mortar?”

While nobody knows for sure, there are some clear indicators that will drive the outcome.

For starters, they will be a lot smaller. No longer will big-box retail and massive malls dominate, said sources. One reason: the flight from the suburbs. Consumers are increasingly moving back to urban environments, where they can scale down their living spaces, relying more on public transportation and being closer to cultural activities.

That translates into stores carrying far less inventory. Frey said he envisions stores as places that function as showcases for merchandise, which would limit retailers’ overhead, while also empowering the consumer.

“[Merchants] may hire models to walk back and forth in front of — or inside — their stores wearing a particular product, and all the potential customer would have to do is aim their phone and click. That opens the world around us. Everyone can be a billboard. It becomes a true marketplace.”

Additionally, stores will be built based on current cultural trends.

For example, as the sustainability movement becomes a permanent part of the store design process, retailers will continue to use better materials, incorporate more natural lighting and become more energy efficient, noted Bona. Stores will instinctively aim to produce goods and services without destroying natural resources.

Demographics will also play a role in the look and feel of stores.

By 2042, according to recent census data, groups of people currently classified as minorities will make up the majority of the U.S. population.

“I always say, if you want to see the future, go to California, which is already there,” said Glen Hiemstra, founder of Futurist.com, a consulting firm focused on future trends and long-term planning. “The question becomes how ethnic-specific we will be versus how blended we will be. Retailers should think about cultural targeting. Although people don’t want to admit it, we do tend to divide up ethnically around cities. So stores need to speak to who is really living here as opposed to an idealized version of how we should be.”

“Everyone knows about it, but of all the dominant trends in the future, it’s the least respected,” he said of the demographic phenomenon caused by the large babyboom generation.

Hiemstra said it’s an important figure because as people age and become less mobile, it will affect where they are willing to shop and how they expect the insides of stores to accommodate them, from wider aisles to the accessibility of product.

“In 2025, we will have 27 Floridas in the U.S.,” Hiemstra said. “It’s important for people to prepare for and shape the future, as opposed to waiting for it.”