Wesco Opens Up to Women 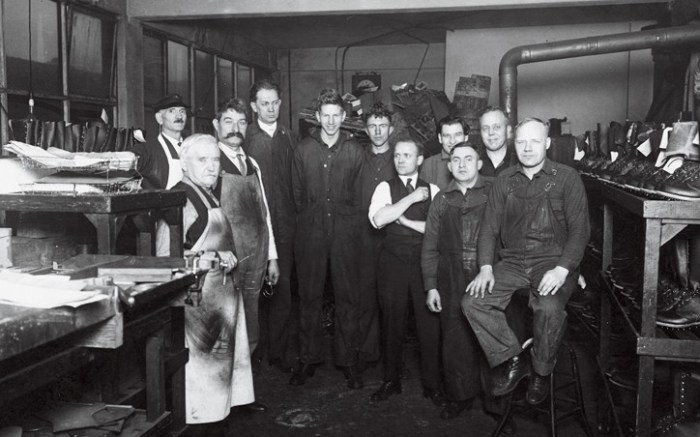 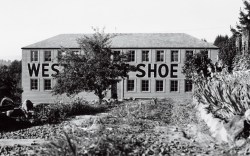 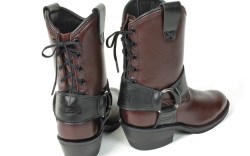 Wesco is showing off its more feminine side.

The 92-year-old, family-owned company, known for its tough-as-nails workboots, in August introduced its first women’s-specific styles. “Women are becoming increasingly interested in our products, so we finally decided to create a dedicated last and styles for them,” said Roberta Shoemaker, president and CEO of Wesco, officially known as West Coast Shoe Co. “Before, we just did conversions of our men’s last through custom fitting [for our female customers].”

The initial women’s offering consists of four styles, including the Black Widow, a harness boot with lacing in the back, and the Phoenix, a lace-up look available in five different heights. The company also has started producing versions of its core men’s styles using the new women’s last.

As the first woman to run Wesco, Shoemaker is clearly eager to make the company’s product offering more female-friendly. She also sees opportunity for the Wesco brand outside of the core work market and is spearheading the launch of a collection of handmade leather fashion boots called Van Spijker.

“It’s a completely new direction for us. The idea is to take a bit of the Old World look and bring it into the 21st century,” Shoemaker said of the women’s boots, which are priced from $1,200 to $1,800 and feature details such as leathercovered buttons, buckles and brass nails in the soles. Van Spijker, targeted to high-end boutiques, is launching in January.

A similar men’s line may follow, Shoemaker said, but “first thing’s first. We need to get the women taken care of. I mean, they haven’t really been acknowledged for 92 years.”

Retailer Troy Schwarzenberger, owner of Westside Boot 7 Shoe in Colorado Springs, Colo., said Wesco’s decision to cater to females should pay off. “It’s certainly a huge step for them,” he said. “What they’ve had has always worked very well, but they understand the need to diversify. This will help them reach more customers.”

For Wesco, the move into the women’s market comes at a time when the company’s business is experiencing significant growth, fueled by a renewed interest in authentic, American-made products. The company manufactures all its boots — ranging from logging to electrical hazard styles, in its small factory in Scappoose, Ore.

“We have always been committed to continuing the traditional boot-making skills the company was established on,” said Shoemaker, who is the granddaughter of company founder John Henry Shoemaker. “We haven’t slacked at all, from the materials to how the boots are made to where they are made.”

In addition to selling direct to consumers through its website, catalog and Scappoose showroom, Wesco retails its boots in independent and specialty footwear and workwear stores here and abroad.

Sixty percent of its business comes from custom orders, and in recent years the company has focused on expanding the number of options available (such as boot height, leather color, lacing pattern, lining type and thread color). Boots start at $400 to $500 and rise as options are added. Wesco also offers a stock program, driven by core styles such as the Highliner, geared to arborists and power, telephone and cable linemen, and the Jobmaster, an all-purpose boot.

A pair of Wesco boots typically takes five days and more than 150 different steps to complete. According to Shoemaker, the product is set apart from others thanks to features such as all-leather insoles and midsoles, steel shanks, double vamps and a stitchdown construction. The company uses 7-oz., full-grain leathers, making the boots sturdier and more substantial.

“The boots are built like tanks, yet they’re comfortable enough to wear all day on the job site,” said retailer Ron Belanger, co-owner of San Diego-based Big Black Boots, which has carried Wesco for 25 years. “It’s one of those things where you have to try on a pair to really understand what is so good about them.”

Schwarzenberger agreed that Wesco boots are built to last. “With Wesco, you get what you pay for. They don’t cut any corners,” he said. “I have guys come in and tell me they’re still wearing the Wescos they bought 10 years ago. They’re just made incredibly well.”

Having its factory on-site allows Wesco to ensure strict quality standards are met. “We have that oversight,” Shoemaker said, “and because so much of what we do is made-to-order, we can turn on a dime and be flexible.”

Still, the shrinking materials and components market within the U.S. has posed a growing problem for Wesco. “The U.S. is our primary source for leathers, but there are fewer and fewer tanneries here,” said Shoemaker. “All of the raw materials are going to Asia, and the domestic market is kind of relegated to what’s left over. There’s just not as much choice.”

Compounding the issue, she added, is that suppliers don’t always give priority to smaller-volume manufacturers like Wesco, whose annual production is typically between 10,000 and 15,000 pairs.

Despite the challenges, Shoemaker said the company remains committed to producing locally. “Supporting our country is very important to us. It sends a message that we believe in the people here. And customers appreciate that.”