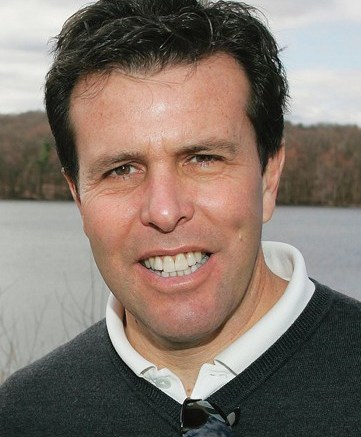 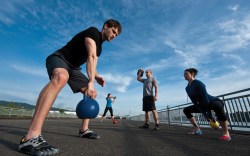 NEW YORK — It’s been a crazy ride for Vibram.

On the strength of its quirky-looking FiveFingers product, the Italian brand has been a standout in a weak economy. In fact, sales have tripled every year since the style’s debut in 2006 — and this year, the brand is on course to deliver 1.4 million pairs of the glovelike shoes, a fivefold increase over the prior year.

But Vibram’s runaway success hasn’t come without challenges, from meeting demand to new competition in the sphere to becoming a target for counterfeiters. But armed with new factories, bigger U.S. offices and an expanded team, Tony Post, president and CEO of Vibram USA, said the company is ready to face the future.

“In every aspect, our business has grown and evolved, and we’re much better positioned,” Post said. “If I were to say anything about 2010, it’s that this has been a truly transformational year for Vibram USA.”

“People gravitate right to the product,” Wasserman said. “They know it and they’ve seen their friends wearing it. Right now, it’s one of our top brands.” Tip Top has expanded its offering from 24 pairs of mostly men’s styles in February 2007 to 20 SKUs for men and 15 to 18 for women for the current season, he added. “We have runners coming in and buying their second and third pair already. It’s a category of footwear that’s not going away.”

Guy Perry, owner of Salt Lake Running Co. in Salt Lake City, said he was not able to get the product in 2009, but since he started carrying FiveFingers this year, Vibram has become a “top 10” vendor for the three-store chain.

And while the brand has been embraced by runners in the community, Perry said, its popularity with gymgoers and CrossFit enthusiasts has also opened the door to new consumers.

“It’s been exciting because we get to talk to somebody besides the guy running 50 miles a week,” he said. “[Vibram’s] product is in demand, and that’s really nice, to have people walking in and asking for it.”

Post estimated that a third of the Vibram business worldwide is in FiveFingers product, with 90 percent of that done in North America. (The company derives the other two-thirds of its business from its components program.)

To keep pace with demand, the firm expanded to a new office earlier this month, giving it three times the space.

On the production front, Vibram has shifted its operations from a single factory in Southern China to five, with one or two more scheduled to be added by the end of the year. Additionally, the company has upgraded its distribution center capabilities and installed a new operating system, which should be able to handle the company’s needs beyond $1 billion in sales.

At the same time, the brand has continued to unveil new styles, and for spring ’11 will introduce kids’ shoes.

To support the growth initiative, Vibram is now venturing into advertising for the first time. “We spent a lot of our money first on people, then building up the foundation to provide a bigger and more comfortable workplace,” Post said. “Now we’re finally at a stage where it makes sense to advertise.”

The company launched Youarethetechnology.com over the summer, which goes in-depth on the FiveFingers product. And it will unveil print and outdoor advertising in late fall, supported by grassroots social media outreach.

“Consumers want to participate in the brand a little bit more: understanding it, sharing their ideas, critiquing you when you have a problem,” said Vibram marketing manager Georgia Shaw. “And they respect it when you communicate back.”

As the company gains more fans, it is also facing challenges from counterfeiters.”As our business has grown, we have had a lot of problems [there],” Post said.

More Vibram retailers, he said, are being approached with counterfeit product, and there are several websites that use FiveFingers logos and imagery to sell fakes.

To defend its trademark, Post said, the company has hired legal representatives to investigate false merchandise and is working with Google and domain registries to close fake Web storefronts.

The brand also is reaching out to retailers to increase awareness of the problem. Given that the company still does not have enough product to meet retailer demand, it is creating a tempting opportunity for counterfeiters.

“I don’t want people to be desperate and to take whatever they can get,” Post said.

The company started running an ad recently in trade publications (including Footwear News) urging retailers to reject counterfeit product. The ad, which features a FiveFingers shoe with its middle toe extended, ruffled some feathers, but Post said he heard compliments as well. “Not everybody liked it, but at Outdoor Retailer, I bet I had 10 people who came up and shook my hand,” he said.

But imitators are not the only ones that want to get into the space. Teva, Inov-8 and Vivo Barefoot have all unveiled barefoot performance product. And Vibram partnered with two major brands — New Balance and Merrell — to bow their own minimal lines for spring ’11.

“What’s exciting about it is that it brings more ideas and innovation and creativity to the market,” Post said, adding that Vibram also gains further penetration in the category.

“[The partnerships] allow us to exploit the opportunity a little bit more and share it, frankly, with our best customers,” Post said. “And by listening to the consumer and paying close attention, we’ll be able to leverage this concept to its full potential.”