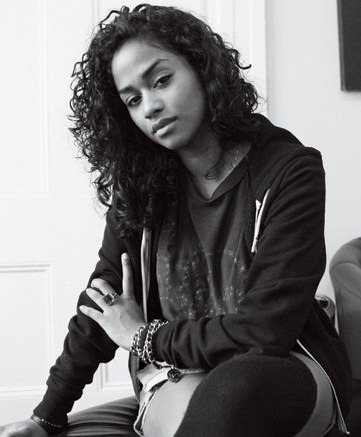 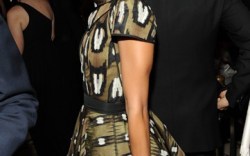 Vashtie Kola is bringing her tomboy aesthetic to the athletic crowd.

The 29-year-old artist, music-video director and designer already has a T-shirt line, Violette, and she just became the first female collaborator with the Jordan Brand on a remake of the Air Jordan 2, which hit this fall.

“All the clothes and sneakers I liked growing up were always made for boys,” said Kola. “I felt like there was a certain group of people that I could reach with my style and my aesthetic.”

Before launching Violette in 2008, Kola was the director of creative services at Def Jam records, where she worked with artists like Rihanna, Chrisette Michele and Nas. Now she is busy creating new designs for her tee line that were inspired by the West Indies, and she will also soon relaunch Vashtie.com.

Here, the New York native talks about her obsession with the 1990s, fashion icons and who she’s following on Twitter.

Favorite fashion era: The 1990s. “When I was growing up, everything my older brother and sister did was so cool. There were so many trends starting, from hip-hop to grunge.”

Trend I wish would go away: “Studs and spikes on everything.”

Best places to shop: Opening Ceremony and vintage stores in New York. “I do a lot of vintage shopping, but I don’t want to [divulge] my spots.”

Trend I wish would come back: “I’d like to see the Prince era come back. Something really different, like a guy with a perm wearing a Shakespeare shirt.”

Actress I’d want to play me in a movie: Zoe Saldana

I unwind by … Watching “America’s Next Top Model.” “I’m not big on reality TV shows, but I watch that one religiously.”