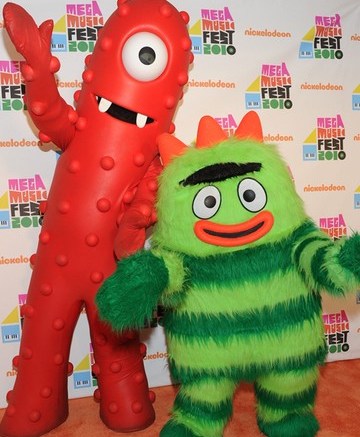 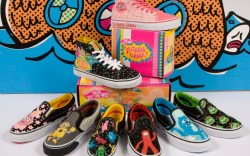 Cypress, Calif.-based Vans will today announce that it is producing a line of children’s and toddler shoes featuring characters from the popular kids’ show “Yo Gabba Gabba.”

The show’s creators, Christian Jacobs and Scott Schultz, began discussing plans for the line at last weekend’s Comic Con. Speaking at the event in San Diego on Friday, they said the “Yo Gabba Gabba” characters — Muno, Foofa, Brobee, Toodee and Plex — would be part of the new collection delivering for holiday.

A favorite with indie-rock musicians and celebrity guest stars, “Yo Gabba Gabba” has been airing since 2007 on the Nick Jr. channel (formerly known as Noggin).

The boys’ and girls’ shoes will come in sizes 10.5 to 4 for kids, and 4 to 10 for toddlers, in two of Vans’ most popular styles. Toddler shoes will retail for $32 for the Classic Slip-on and $37 for the Sk8-Hi Deconstruct, with kids’ versions of the same styles retailing for $40 and $45, respectively.

The Yo Gabba Gabba collection will deliver in November to Vans accounts globally, as well as online at Shop.vans.com.