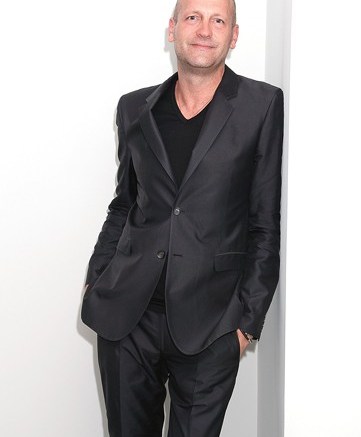 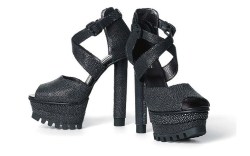 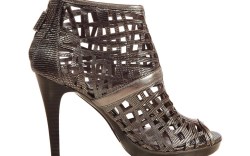 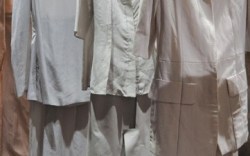 Seasoned shoe designer Ulrich Grimm recently stepped out from behind the scenes at Calvin Klein Inc.

In June, the 45-year-old, German-born creative director of Calvin Klein men’s and women’s shoes and accessories was inducted into the Council of Fashion Designers of America. And last month, he appeared at the brand’s staging of the “World of Calvin Klein” in Berlin during the city’s Fashion Week, featuring 70 models showing every aspect of the business, including ready-to-wear, underwear and accessories. It was the company’s largest European event to date, with a reported cost of $1 million.

Grimm started his career in the U.S. creating shoes and accessories for Anne Klein and Anne Klein II. He then went on to work on the launch of CK Calvin Klein footwear for a previous licensee and did a stint as design director at Coach before eventually joining Calvin Klein’s in-house team in 1998.

Since 2006, Grimm has been responsible for the overall direction of footwear and accessories for every brand in the Calvin Klein stable, which includes Calvin Klein Collection, CK Calvin Klein, Calvin Klein and Calvin Klein Jeans (all the footwear is produced under license by Jimlar Corp.).

“The most inexpensive piece in our company stores to the most expensive ones on Madison Avenue all go through our hands,” Grimm said.

Each line has a separate team of designers, and Grimm manages 19 people. Though his duties include handbags, wallets, belts, watches, jewelry and eyewear — a segment that averages sales of $1 billion per year for the company — the designer said he is “more involved with footwear than anything else.”

Calvin Klein shoes are available at a range of retailers, from Macy’s to Zappos.com. Grimm added that Collection shoes returned to Bergdorf Goodman last spring and have been picked up again by Berlin’s Quartier 206 for pre-spring ’11.

Footwear News caught up with Grimm the day before the big show in Berlin — Calvin Klein’s next target market.

FN: In the design process, where does your role end and the licensee’s begin?

UG: With Calvin Klein Collection, [for instance], my team of three people and I do everything. We produce the shoes in Italy, so we go to Florence to the last-makers and the factories. Developing the product, up until market, is with us. Jimlar is selling it and producing it. We work as a very close team; it’s just with Collection every design is done in-house. When it comes to CK, I have a separate design team of three people working on the development. And Jimlar also has a design team for CK. So we develop the mood, color stories, the key shoes that will be in global advertising, those that we think will be most directional. We design these in New York and give them to Jimlar’s design team. Jimlar has certain marketing and merchandising needs and helps fill in the gaps with the more commercial shoes. What we bring to it is the Calvin Klein aesthetic.

FN: You have been at Calvin Klein since 1998. How has your role changed over the years?

FN: Do you and Francisco Costa work together on the runway shoes?

UG: Because our timelines are parallel, we work with him on a daily basis. It’s a constant and tight collaboration, as we’re in the same building. He’s pretty decisive in shoes and knows what he wants.


FN: What is your approach to designing shoes?

UG: To me, I consider shoes to be a bit more like industrial design. The last is about volume and proportion, and then there are the heels and constructions. I’m more involved with footwear than anything else because I like it the most. When I came to America, my first job was at Anne Klein in ready-to-wear, and I got into shoes by accident in 1994. I worked with Schwartz & Benjamin, [where I learned] how to make shoes. I find it such an amazing product category [because it’s] so intricate and complicated with so many different factories involved to put different shoes on the table.


FN: Which footwear line do you experiment with the most?

FN: Is there a women’s Calvin Klein Collection style that has done especially well lately?

UG: Our most successful style this past season, was a very clean-lined, masculine, oxford slip-on called the Remi. And we’re still carrying that shoe. We were so excited about it because it’s not easy to create a shoe that is a commercial success that is also a fashion statement that people can actually wear. To do a flat shoe that doesn’t come out too frumpy but that manages to look feminine still isn’t easy.

FN: How much do footwear trends affect Calvin Klein shoes?

UG: It’s a fantastic time for us here at Calvin Klein. A couple of years ago, everything was more embellished, and it was tough for us to do that. But the whole [pared-down] feeling at the moment is perfect. It’s right up our alley. We’re starting to get a lot of success with cleaner looks that are very Calvin.

FN: Is there one market that Calvin Klein is pushing right now?

UG: First of all, we’re here in Berlin, and Germany is [a market] that I’m very excited about, seeing that it is my home country. There is tremendous opportunity here to clarify our different segments because in Europe, especially, it gets misunderstood. To many, it’s all just Calvin Klein.


FN: What other markets have you been excited about for the company?

UG: Brazil. São Paulo was, for me, an amazing experience. I was there for the first time in my life in May/June of [this year]. We’ve taken so much inspiration from architects, particularly Oscar Niemeyer, over the past couple of seasons. The architecture in Brazil is so amazing, and the country is so beautiful. It was also interesting to go to the home country of Francisco [Costa] and to understand him a little better. And we make shoes in Brazil for the Brazilian market.


FN: Do you have a hobby outside of fashion that helps you to unwind?

UG: Last year, I qualified as a Pilates trainer for the beginner’s mat. It’s very German and an amazing and disciplined sport. I only did it to learn more about it and get out of the passenger seat, so I’d know what I’m talking about. I did feel like a fish out of water, though, when I did the certification because I was in the middle of all these gymnasts.