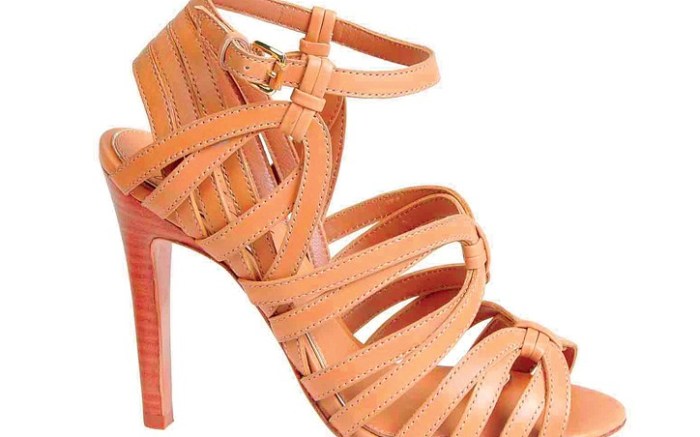 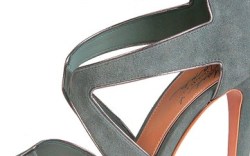 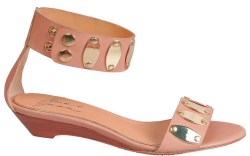 LOS ANGELES — Titan Industries Inc. is heading into spring with two new licenses that the firm hopes will dramatically expand its reach.

The Huntington Beach, Calif.-based company struck a deal last week to produce True Religion footwear. In a separate move, the firm is expanding its relationship with Badgley Mischka and will produce shoes under the design duo’s Mark & James contemporary label.

Titan CEO Joe Ouaknine said the Mark & James collection would be more mainstream and reach a wider audience than any of his company’s other labels.

“They’re middle-of-the-road, sophisticated, but with lower heels,” he said.

James Mischka said younger consumers have increasingly been drawn to the Badgley Mischka label, but the footwear was priced too high.

“We’ve had a lot of interest from young customers who wanted to wear Badgley Mischka shoes but didn’t want to spend $300 to $1,000 for the shoes,” said Mischka. “We also wanted [shoes] to go with the [Mark & James] clothing line.”

“The difference between the two collections is that Badgley Mischka is sort of whimsical and feminine and flirty, and definitely has a glamorous evening feel,” added Mark Badgley. “The Mark & James collection could truly be day shoes.”

Mark & James footwear will retail from $125 to $250 and be sold through department stores such as Neiman Marcus, Saks Fifth Avenue, Nordstrom and Bloomingdale’s, as well as at Badgley Mischka boutiques.

Meanwhile, Titan is taking another stab at the denim market after a failed attempt to expand Antik Denim into footwear.

The company is upbeat about its new True Religion women’s line. (The men’s footwear will continue to be produced by GMI USA in New York.)

“It’s an amazing brand,” said Ouaknine. “It has international recognition beyond anything else we’re doing at this company. That’s what caught my attention. I resisted doing denim brands, but I couldn’t pass on this one.”

Ouaknine said the line would feature a wide array of footwear styles, from sneakers to espadrilles to boots, also priced from $125 to $250.

That is a lesson Ouaknine said he learned from his experience with Antik, where he limited the scope of the footwear assortment to mostly Western boots. “For this, we’re going to cover a wide variety,” he said.

With so many denim brands now offering footwear, the competition is fierce, but Ouaknine said he is not worried about differentiating the brand in the marketplace.

“We’re treating this like we’re the only ones doing it,” he said. “It’s our vision. I’m looking at what we want to do … not what other brands are doing.”

The line is expected to be sold through department stores and specialty boutiques worldwide.