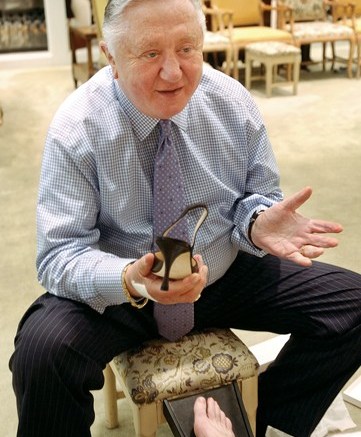 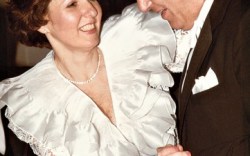 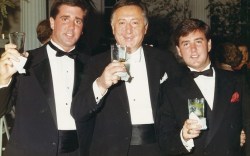 NEW YORK — Morris Kalinsky, who transformed the fashion scene in the coastal city of Charleston, S.C., was remembered by his family and colleagues last week as one of the most remarkable salesmen in the industry, known for his well-honed style and southern charm.

Kalinsky, the owner of well-known independent Bob Ellis Shoes since 1950, died on April 10 after almost 60 years in the business. He was 86.

“He was the consummate salesman, the greatest salesman of our time,” said George Malkemus, president of Manolo Blahnik USA. “His greatest love and passion was selling shoes to his clients.”

Kalinsky’s affinity for the footwear business made a huge impact on his sons, Barry and Jeffrey.

“The first thing anybody will remember is his personality because so many connected with my dad,” said Jeffrey Kalinsky. “He was the greatest shoe retailer. In terms of the niche has was in, I don’t think anyone did it any better.”

Jeffrey Kalinsky said his retail training started at the dinner table at a young age. He would listen to his father talk about the importance of customer service, unaware at the time that the lessons would be useful in the future. “It ended up being this education I didn’t know I was getting,” he said. “I never knew I was going to follow in his footsteps and have a career in retail fashion.”

In 1990, Morris Kalinsky went on to help his son launch Jeffrey Atlanta, which is now owned by Nordstrom, along with a second location in New York.

Kalinsky said one of the biggest lessons he learned from his father was to sell customers what you think they should have — not what they want.

“That’s probably the most [important] thing he’s taught me because I’ve always done that,” Kalinsky said.

Barry Kalinsky — who today runs Bob Ellis — started working at the store when he was 13 years old.

“As we were growing up, Bob Ellis was pretty much the center of our universe,” he said. “[My father] spent his entire adult life in the footwear industry and he loved every day of it. He loved his relationships with his customers, with his employees, with his vendors — the whole business from A to Z.”

So when he got the offer more than 20 years ago to work with his father, Barry Kalinsky viewed it as a tremendous opportunity.

“Family businesses are unusual because you have a relationship outside the business, [but] most people who saw us could tell we got along fabulously,” he said.

“When I started in this business, there were plenty of Morris Kalinsky-type talents buying footwear,” said designer Stuart Weitzman. “[But] the industry changes and the bigger stores get bigger and it’s harder for independents to make their mark. Through all the changes in the industry and through all the mergers and all the expansion, he never gave an inch to them, he held his own.”

Weitzman added that he will forever remember when Kalinsky gave him his first order at the Atlanta Shoe Show.

“I was just out of school and I often look back at those shoes and [wonder] how [he] saw something?” joked Weitzman.

When another young designer, Mary Norton, first moved to Charleston in 1992 with her husband, Joe, she happened to wander into Bob Ellis.

She planned to just browse the store, but ended up buying multiple pairs of shoes totaling $3,000. Upon leaving, her husband joked, “You have now been introduced to the most dangerous man in Charleston.”

“Morris loved shoes and he loved women and he made you feel so beautiful. He could match a shoe to a woman so perfectly,” said Norton, who later opened a store down the street from Bob Ellis. “He was just so great. Although, I would run past the window so he wouldn’t grab me and put the perfect ‘Cinderella’ shoes on me.”

Kalinsky — who was inducted into the Footwear News Hall of Fame in 2000 — was also known for his sense of style.

Reed Evins remembers when his father, Lee, and uncle David were running the Evins Shoes factory in the 1970s and a man walked in wearing a “meticulously cut” kelly-green blazer.

“Us New Yorkers had never seen or met anyone like Morris before,” said Evins. “He became family immediately. He was a true visionary. He brought the best to the South, never compromising taste or quality, with his own inimitable style.”

Schwartz & Benjamin CEO Danny Schwartz knew Kalinsky for at least 30 years and recalled how he would come to visit the showroom with his family.

“If you’re in the shoe business and you think of Charleston, you think of Morris Kalinsky,” he said. “He was an icon in the better footwear business. They don’t make them like him anymore.”