The Secrets of Hudson’s Success 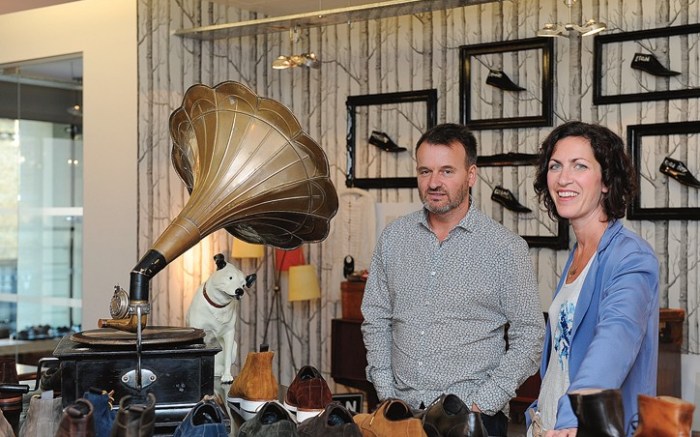 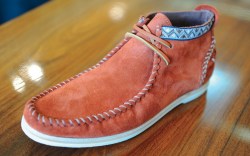 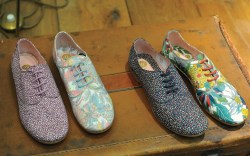 In addition to highlighting the merchandise, the light and airy 4,000-sq.-ft. space in Hoxton houses a wealth of vintage props, including monogrammed leather luggage, Eames chairs, a grand piano and 1950s-era lights with lampshades — all collected by design director Vicky Haddon.

The look of the British brand’s showroom offers a glimpse at what Hudson’s upcoming store could look like (it’s on track for a 2011 opening in London). And the company is moving ahead with plans to launch e-commerce and continue growing accounts in the U.S. — all while enjoying healthy sales.

Hudson has more than doubled its sales over the past six years, taking in roughly $15 million in revenues for the year ended May 2010 and projecting sales of more than $17 million for 2011.

Execs said the brand has fared well in difficult times, thanks to its unique style. “We started in a bigger recession, but we grew because we offered something different,” said sales director Michael Bunce, adding that since the downturn started in 2008, many big British shoe retailers have fallen by the wayside. “Fortunately, all the people we supply, like Kurt Geiger and Shuh, have picked up the slack.”

Bunce and managing director Mark Verona launched Hudson during a recession in 1990 to be a directional, but affordable, men’s shoe line. Haddon joined the management team in 1994 and works with Bunce on the day-to-day running of the brand.

At the beginning, Hudson shoes were made in Italy, but it wasn’t long before production shifted to Portugal, helping the brand achieve a lower price point while keeping a level of quality.

“Portuguese manufacturing has come on leaps and bounds,” said Bunce. “The factory we use is progressive and modern and is open to experimenting and dyeing.”

Unlike other well-known British men’s brands such as Church’s, Trickers and Grenson, Hudson has sought out alternatives to traditional Goodyear-welted constructions, hoping to lure a younger, 20- to 40-year-old, fashion-forward customer. In fact, the Ellington, a pointed men’s brogue with a cemented sole that first launched in 2005, continues to be the brand’s bestseller. Over the last five years, it has sold more than 200,000 pairs.

In 2004, the company launched H by Hudson, a 100-style collection that now accounts for 90 percent of the wholesale business totaling 400 accounts worldwide, including Kurt Geiger, Office, Schuh and Asos.com. With lower prices than Hudson, the line has a distinctive look: thin soles and washed and aged leathers in soft, autumnal tones. H by Hudson has overtaken sales of Hudson, which works with niche accounts such as Liberty of London.

“We do a lot of business with Hudson,” said David Clark, assistant buyer for men’s footwear at Asos.com. “It always offers commercially relevant, on-trend product at a great price. The [shoes are] well made with premium finishes, making it a great value. Hudson has a loyal following. This allows them to push the envelope with more-daring product.”

Hudson expanded into women’s in 2008, putting the brand’s androgynous look on smaller lasts. The collection’s success took the company by surprise, and it has since grown to include 50 to 60 styles.

“Our women’s business in the U.S. is now bigger than men’s,” said Haddon, who counts Agyness Deyn and Sienna Miller as devotees of the brand.

Going forward for spring ’11, the men’s collection includes gladiators and espadrilles, as well as washed shoes with the brand’s signature “battered” look. In women’s, after establishing a following for ankle boots, brogues and masculine flats in the women’s line, Haddon said she will soon introduce higher heels. Both lines are updated about every three months.

H by Hudson now has 65 accounts in the U.S., including Oak in Brooklyn, N.Y.; Tani in Manhattan; American Rag in Los Angeles; Bloomingdale’s; and Saks Fifth Avenue online. This fall, the brand will bow at Blackbird in Seattle and at Hollander & Lexer in Brooklyn, N.Y.

“H by Hudson offers stylish, ahead-of-the-curve styles that are not only original in their design, but also very well made,” said Blackbird owner Nicole Miller.

Mark Werts, CEO of American Rag, which has been selling the H by Hudson men’s line for at least five years, lauded the line’s vintage, casual feel. “It’s not like wearing workboots,” he said.

While the U.S. only accounts for 5 percent of the total business, sales there have grown by 50 percent over the last six months. Each season the company unveils its H by Hudson collections at Capsule in New York and Las Vegas. It also exhibits at a number of other European shows, aiming to step up its presence there. Key international accounts include Galeries Lafayette in Paris and Seibu in Hong Kong. Sales in Japan and Australia are also growing.

Before the launch of the brick-and-mortar store next year, Hudson will launch an e-commerce website to coincide with the brand’s 20th anniversary later this fall.