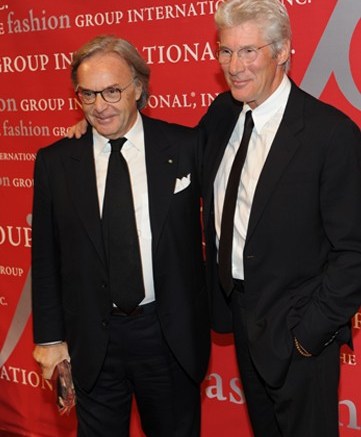 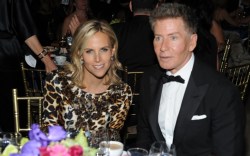 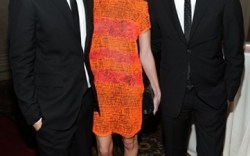 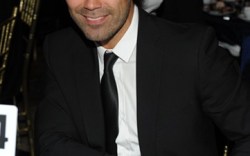 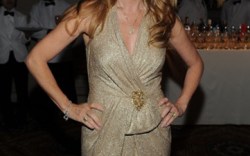 The stars were shining brightly at Cipriani Wall Street in New York on Thursday night, as fashion’s finest joined together to honor top names in the industry.

While cocktails were being served, Burch chatted about her brand’s efforts to enter new markets, such as Rome, where the company just bowed a store. As for her fall ’11 collection, Burch said to expect lots of color and a return to pointy toe styles.

Actress Jane Seymour showed her fashion support in gold sandals by Elie Tahari, proclaiming that she is not always a fan of height. “I can’t do the big platforms that everyone does,” she said.

Barneys New York Creative Director Simon Doonan kicked off the awards portion of the evening with a short comedy session, as he created “Jersey Shore” nicknames for the night’s winners.

Jack McCollough and Lazaro Hernandez of Proenza Schouler, who arrived with Kate Bosworth, were given the Fashion Star award by Vogue’s Anna Wintour, who told them “you’re still the sweet young men we met all those years ago.”

Diego Della Valle, chairman and CEO of Tod’s SpA, was honored as Brand Visionary, and the award was presented by Richard Gere, who explained to the crowd that he is a longtime fan of the brand. “Diego gave me my first pair [of Tod’s] 10 years ago.”

The second Fashion Star award went to Albert Kriemler for Akris, while Glen Senk of Urban Outfitters was honored for Corporate Leadership, and Nina Garcia was presented with the Lord & Taylor Fashion Oracle Award. The Superstar title went to Nicolas Ghesquière. Frederic Fekkai left with the Beauty Star title, and “Mad Men” costume designer Janie Bryant was awarded for Entertainment.

In addition, Rafael and Diana Vinoly picked up the honor for Architecture, while Evelyn Lauder received the Humanitarian Award (presented by Mayor Michael Bloomberg), and Pierre Cardin was presented with the Board of Directors Legend Award.