Talent Scouting: The Next Sourcing Sites 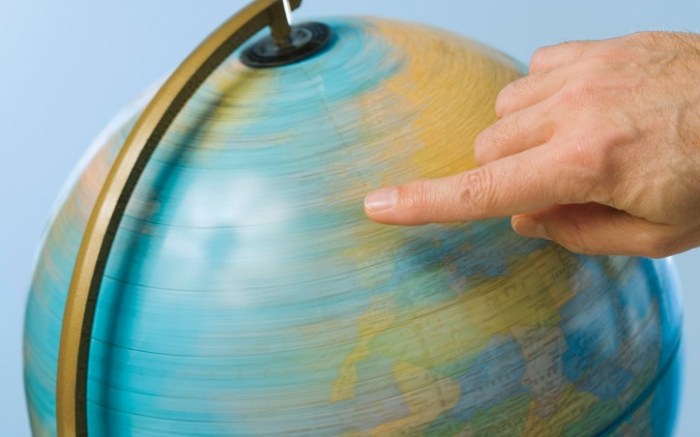 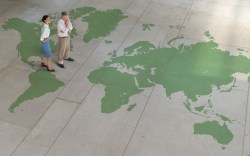 The footwear industry once again is on the move.

Escalating labor costs and shrinking factory capacity in China have triggered a new urgency in the industry among both big and small brands to find sourcing alternatives outside the country.

Many companies are experimenting in — or at least investigating — places such as Vietnam, India, Bangladesh, Cambodia, Mexico, Brazil, Indonesia, the Dominican Republic, Morocco and Ethiopia.

“There’s no question that everybody is exploring,” said Chinese Laundry CEO Bob Goldman.

Added Nate Herman, VP of international trade for the American Apparel & Footwear Association, “There is an urgency out there to figure out if one country or a group of countries [can serve as an alternative to China], and there is an urgency to figure this out as soon as possible.”

In the past three months alone, labor prices in China have risen by as much as 20 percent. Additionally, China’s currency, the yuan, is in the process of a radical revaluation. The yuan had been pegged to the dollar, guaranteeing a low exchange rate. Now the government will allow the currency to be revalued as a managed float, meaning that there’s no telling exactly how high the yuan could rise.

“We started looking at this issue a year ago,” said Nine West Footwear Corp. COO Alan Luchette. “We forecasted that labor rates [in China] would go up, but not as dramatically as we have seen them go.”

Nine West is not alone in exploring new terrain. Bob Campbell, CEO of BBC International, has been tweaking his sourcing strategy, starting with trial production in Vietnam and Cambodia seven years ago. But the early results haven’t been too encouraging.

For one thing, Vietnamese production is geared more toward large-volume players. For another, the labor pool is shrinking.

“Vietnam is not the cheapest place to make shoes,” Campbell said. “Not by far. In Indonesia, you can get better pricing than in Vietnam, but there are stability issues there. There is a shortage of labor in Vietnam and across Asia, except for in Indonesia.”

What’s more, duties also complicate a move to another country. Campbell said he’s been quite happy with the quality of products made in Cambodia, but duty restrictions limit where he can profitably export the finished goods.

“In Cambodia, you can only ship to one area: Europe,” said Campbell.

In September, he will travel to India to explore factories, and he plans to soon test some factories in Ethiopia. “It’s not going to be really big in the beginning, but we’re very impressed with our samples, and we’ll be there in the near future,” Campbell said.

Richard Siegel, founder and chairman of Pace International, has been working for the past few years to develop the footwear infrastructure in Ethiopia and attract U.S. manufacturers. And while he conceded that Ethiopia alone, with its 33 footwear factories, can’t replace China’s volume, Africa could.

“They have better machinery than China,” he said. “They have the heritage of shoemaking. They’re at an international crossroads. The country is set up for footwear.”

Still, Siegel admitted that cultural differences persist among Ethiopia’s factory owners and U.S. companies, and it will take time for factory operators to learn the way U.S. footwear manufacturers conduct business. Such cultural divides have caused many firms to stick with countries with a longer history of working with Western brands.

At Nine West, Luchette said the company has begun producing small runs of in Vietnam and India, is testing operations in Indonesia and is exploring options in Bangladesh. But so far he’s not convinced.

While labor prices in Vietnam and India are cheaper than in China, productivity remains lower, said Luchette. “The efficiency just isn’t there compared with China,” he said.

Expertise is another issue complicating the tests. Vietnam has a significant history in synthetics and athletic shoes, but local factories don’t excel at leather dress shoes. “What I found with Vietnam is that for our types of products, their hand isn’t quite as delicate and clean in making dress shoes,” said Luchette.

As for Indonesia, Luchette said, some of the infrastructure remains in place from when the country was a central hub of shoe production in the 1990s. “In certain places, there is an ample supply of labor,” he said. “They’re rebuilding, and we’ll see if that works out.”

The executive also is revisiting places such as Mexico, Central America and the Dominican Republic. “They are resurrecting themselves, and they’re places I will be testing in the future. NAFTA [and the Central American Free Trade Agreement] make it more viable,” he said.

Luchette noted that he has been approached by factory representatives from Ethiopia, and while signs look encouraging, he wasn’t ready for a full test of the country’s capabilities. “I don’t foresee us going there in the next couple of years,” he said. “In three to five years, it could be a different story.”

Goldman said he’s looked at a number of different countries and recently returned to Chile. “It’s the first time we’ve gone there in years,” he said. “Chile had a stitch-down construction that China really couldn’t produce for us, so I guess it was sort of a special item.”

While some industry execs see India as a rising power in shoe production, Goldman said the country isn’t advancing the way Taiwan, Korea and China historically did when they embraced the footwear industry.

“The problem with India is that people really haven’t invested financially in the shoe industry there,” he said. “The industry hasn’t evolved. I guess it has grown in terms of volume, but it’s not the kind of growth [in expertise] we saw in Taiwan and China.”

The Holy Grail of footwear production voiced by many experts is directly south of the U.S.: Mexico. But tariff issues, quality and reliability — not to mention capacity — have kept many companies away.

“Mexico has always been viable, but difficult,” Goldman said. “Mexico actually has the best equipment for shoemaking. And its growth [in exports] is tremendous, but it doesn’t compare with India and Vietnam in terms of quantity.”

Still, some see promise in Mexico’s future as a footwear production center.

“You can still make shoes in Mexico that aren’t that bad,” said Titan Industries CEO Joe Ouaknine. “Mexico has a pretty good command of shoe manufacturing, like Brazil does, but at better prices.”

Lee Iwan, president and owner of The Iwan Consulting Group in León, Mexico, said the Mexican footwear industry is actively working to improve the quality of shoes. “Mexico’s footwear associations and export organizations are seeking to increase the manufacturers’ focus on [design and quality] as a way to increase the value of product,” he said. “[The amount of] orthopedic and diabetic footwear is also increasing.”

Still, Iwan said, those hoping to produce shoes in Mexico need to look beyond just labor costs. “If [footwear companies] come and go over a few pennies, Mexican footwear manufacturing companies will not invest in infrastructure,” he said. “There must be the establishment of a win-win relationship taking into account the various advantages of Mexico compared with Asia, [such as] logistics time, ease of travel, similar legal system, copyright protection, free trade and shared cultural and religious foundations.”

Ouaknine said his home country of Morocco is also building its shoe industry in the wake of recent factory closures in Italy and Spain. And while the country is limited to casual shoes, some U.S. companies may find an opportunity there.

“There is an advantage because there is no duty between [Morocco] and the U.S.,” Ouaknine said. “They have [good] shoe factories and they’re getting better, and the government is subsidizing quite a few factories.”

While several nations do hold some promise for future sourcing possibilities, experts agree that currently — or even in the foreseeable future — nowhere else in the world offers the same range of expertise, capacity, ease of transportation and overall cost-effectiveness as China. “China is still the best value,” said Luchette. “Labor is only one piece of the puzzle. You have to look at things such as logistics, component availability and shipping. You can find cheaper labor, but it’s finding the whole package to maximize product value that is the challenge.”

And that package will be difficult — if not impossible — to reproduce, said Herman. “It’s going to be hard to replicate [the infrastructure in China] anywhere else in the world,” he said.

Bill Snowden, SVP of Topline Corp., which produces the Report brand, said that for the time being, the smartest business decision is to learn to adapt to the changing conditions in China. “In many ways, the best next new country to source in is the next province over [in China],” he said.

Snowden said he is making limited runs of product in India and Brazil but so far has uncovered no viable alternative to China. “We haven’t found that either [country] can make up for what China can do in terms of the variety they can source, the lead times and the [quality of the] product,” he said.

Still, Matt Priest, president of the Footwear Distributors & Retailers of America, said companies would be wise to continue to search for and develop alternative production facilities. Even if the cost equation isn’t ideal, companies could benefit from the peace of mind that comes with a broad manufacturing base. “There might be some comfort in diversifying and putting some eggs in another basket, even if they’re small eggs,” he said.

SNAPSHOT
A by-the-numbers look at some potential new sourcing destinations, according to the U.S. Department of State; U.S. International Trade Commission’s Trade Dataweb