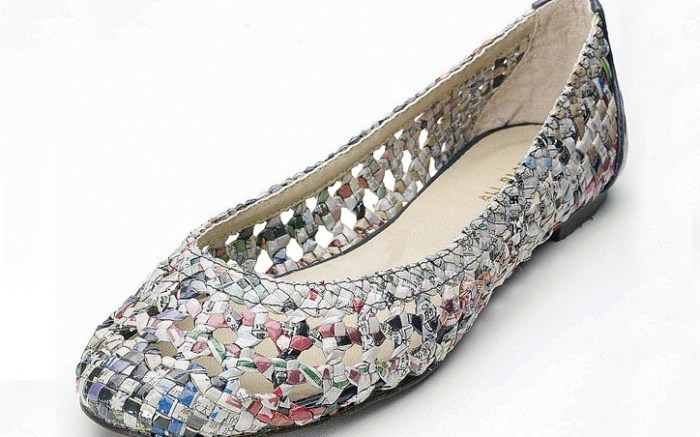 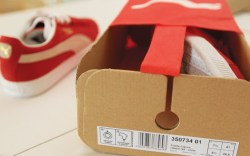 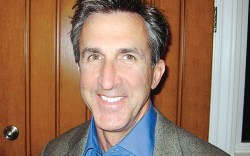 Companies are focusing on sustainability online, through staff hires and with new product and packaging.

Not long after indie Website Moxsie.com debuted in 2009, CEO Jon Farhner discovered that the company could serve its eco-minded shoppers even better. He saw that many of his customers wanted organic fabrics and socially conscious manufacturing.

“We realized, this is not just a category within indie fashion, this is parallel to indie fashion, even predominant,” he said. “There’s got to be customers who only want to look at this stuff.”

So during the last holiday season, the eco shop debuted with a selection of apparel, jewelry and shoes, including organic fabric styles from Keep and looks from United Kranes and All Black made from recycled materials. The eco site focuses on providing detailed information from the manufacturers about product materials, construction and factory locations.

To date, 30 percent to 40 percent of the site’s sales come from the 15 designers (and five footwear brands) housed on the eco site, Farhner added. “It’s one of the top two or three most-visited areas [of Moxsie.com],” he said.

• Puma last week unveiled its new packaging and distribution system, part of the brand’s effort to reduce its overall environmental impact by 25 percent. The centerpiece of the plan is the “Clever Little Bag,” designed by Yves Béhar, founder of San Francisco-based design firm Fuseproject. It replaces Puma’s cardboard shoeboxes and gives the brand a 65 percent reduction in paper, resulting in a 60 percent reduction in water, energy and diesel use in manufacturing. Look for the new packaging to debut in the second half of 2011.

• Concord, Mass.-based Vibram’s newest sustainably minded rubber compound, EcoStepPlus, will debut on select footwear styles for spring ’11. Made with 50 percent pre-consumer-recycled content, the compound’s durability and slip-resistance are comparable to EcoStep, first released in 1994. Like its predecessor, EcoStepPlus meets Vibram’s standards for use in casual styles, or can be co-moulded with other Vibram compounds for use in hiking shoes. (See page 13 for more.)

• Atlanta-based sandal maker Oka B. has been accepting used pairs of its PVC styles for regrind and reuse for the past several years, but relying on word-of-mouth has meant that less than 1,000 pairs have been returned to the company’s Buford, Ga., factory. (The reground material is used in new Oka B. styles — which can utilize up to 20 percent reused material — with the rest sold to a company that makes industrial mats.) But the brand is planning to make its recycling program a key element in its Website redesign, launching soon. “Our customer base is loyal and loves wearing shoes that not only feel great but make a difference,” said Kelly Schmidt, VP of marketing for Oka B. “It’s taking the concept of reducing your carbon footprint literally.”

Goleta, Calif.-based Deckers Outdoor Corp. got serious about its sustainability efforts last month, when it named Mark Heintz to the newly created position of director of corporate social responsibility.

Though new to the footwear industry — he joins Deckers from computer manufacturer HP — Heintz has been in the CSR world for the past decade. And the two sectors aren’t so far apart, he explained. “In supply-chain issues, whether they be computer industry-related or footwear-related, there’s a lot of commonality,” he said.

Heintz, who reports to Deckers COO Zohar Ziv, will build on Deckers’ efforts over the past two years with CSR consulting firm The Cahn Group, as well as through its corporate partnership with the Bren School of Environmental Science & Management at the University of California at Santa Barbara. Deckers, which has preexisting factory monitoring protocols and a code of conduct governing working conditions, has made inroads in ethical supply chain management, Heintz said. The newly created position is part of an ongoing push to devote resources to CSR.

Heintz said he saw his initial job as reinforcing a CSR culture at the company and institutionalizing work in the areas of human rights, the environment, community and philanthropy. Possible future endeavors could include bike racks and subsidized bus passes for employees to further reduce the carbon footprints of the individuals — and therefore the company — as well as encouraging and formalizing existing service efforts, such as river cleanups. Heintz also will focus on incorporating green elements into the product and marketing. “I’ll be pulling together all the good work that’s been done and putting it in a slightly broader context,” Heintz said. “That’s perhaps the biggest value [of the new position].”