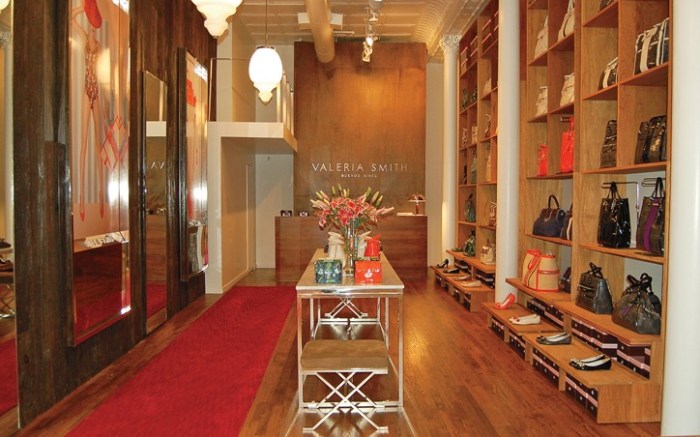 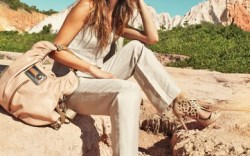 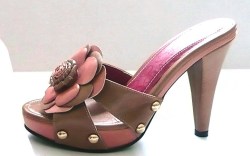 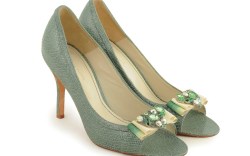 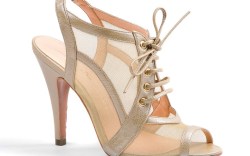 NEW YORK ­— Despite lingering uncertainty and growing competition in the U.S. market, established South American brands — from Paraguay to Brazil — are increasingly eyeing the American market as a growth opportunity. But the moves pose significant risks.

“Even [before the recession], the U.S. was an overstored marketplace and already a difficult place to enter as a new business,” said John Long, a retail strategist at New York-based consulting firm Kurt Salmon Associates. “With an economic climate like today’s, any brand looking at this market will have to make that decision very carefully. The payoff could be significant, but a lot of it is going to depend on how they differentiate themselves among the brands already here.”

One that’s had some success is Paraguay-based Olinda. It launched 15 years ago and operates a branded shop in the capital city of Asunción, but began targeting U.S. wholesale accounts for spring ’08, just before the economic meltdown. After taking orders for about 400 pairs of shoes in its first year, VP of Olinda USA Art Rizzi said the brand’s U.S. business is on track to sell more than 1,500 pairs in 2010.

“The brand has been wanting to grow outside its home country for some time now,” he said. “It’s well-established, but the total population of Paraguay is less than New York City. Olinda can’t grow any more [there]. We understand we’re competing in one of the toughest markets, but if we can make it here, we can make it anywhere.”

Olinda, which retails for less than $200, has also trademarked its name in another 27 countries, but is focusing first on expanding its nine-door account list in the States — which includes Dolly Duz in Boca Raton, Fla., and Bus Stop in Philadelphia — by attending trade shows and implementing an aggressive strategy for direct visits along the East Coast, Rizzi said. Plans call for adding at least five new accounts in 2011 and a roster of about 60 doors within the next five years.

“The goal is for Olinda to be recognized across the U.S. in 10 years,” said Rizzi, noting that the brand could eventually do about 30 percent of its overall business here and another 30 percent in Europe.

Luiza Barcelos is angling to capture a portion of the U.S. audience drawn to Brazilian-designed and -made product.

“The U.S. market has really understood the brand best,” said Annelize Nogueira, marketing manager for the label, which is sold in 600 stores in Brazil and produces more than 300,000 pairs of shoes a year.

After selling one or two shoes to the occasional U.S. store, executives at the contemporary brand, priced between $80 and $300, decided to make a concentrated push in the States for spring ’10. About 50 accounts, including Anthropologie and Endless.com, picked up Luiza Barcelos in the first year. Branded retail is expected as early as 2014, and handbags are slated for next year.

“Eventually it will be a full-blown lifestyle brand, offering bags, belts, wallets and everything else related to accessories,” said Rafaela Castro Neves, president of Showroom212, which handles U.S. sales for the label.

Other companies have entered the market by testing branded stores before moving on to wholesale accounts. While retail is a good way to introduce consumers to a new name, Long said, it also comes with significant financial risks.

“There’s always the initial hurdle of developing brand awareness,” Long said. “[Brands] typically do that by opening a flagship presence and then accompanying that with some sort of marketing or advertising, and that is a costly venture.”

For that reason, São Paulo-based Carmen Steffens, which is sold in more than 160 namesake shops and 450 doors across South America, cautiously stepped into the States in 2006 with a single Los Angeles shop.

“The U.S. market is very competitive, and it isn’t very forgiving. You need to get it right,” said the president of U.S. operations, Mark Willingham, noting that the company will soon make its first real push into the wholesale arena. “We wanted to see how our product was received and identify the best opportunities.”

Willingham plans to target mostly independent boutiques within the next month and anticipates that Carmen Steffens shoes and bags will be sold in as many as 100 doors within three years. Branded retail is still a major focus, with plans to open five to seven shops, from Miami to New York, over the next year, and another 60 doors by 2017.

“These are favorable conditions for opening stores,” he said, adding that business in the U.S. should be up about 30 percent in 2010. “The economy is slowly digging its way out, and [our own stores allow us] to present the brand on a larger scale.”

About 5 percent of Carmen Steffens’ total business is done in the U.S., and Willingham predicted that figure could eventually be as high as 40 percent.

Buenos Aires-based Valeria Smith, meanwhile, has established a niche following in Argentina under the Jackie Smith label and the firm is leaning on its boutique on Soho’s Mercer Street, which opened in June, to build recognition in the U.S. The long-term plan is to court Barneys, Saks Fifth Avenue, Bergdorf Goodman and, potentially, high-end specialty shops, said Michael Catalani, who oversees U.S. sales.

“The goal by the end of the year is to have at least one department store buying from us,” Catalani said. “We don’t want to spread ourselves too thin by opening the store and then go bam, bam, bam with wholesale. We don’t want to grow too quickly and compromise the quality of the product.”

While brands are approaching U.S. expansion carefully, Long said unfamiliarity among consumers could also be an asset.

“Coming in cold to this market,” he said, “[gives these brands] a high opportunity to tweak their position exactly the way they want without concern that it will have a backlash on their image back in South America.”