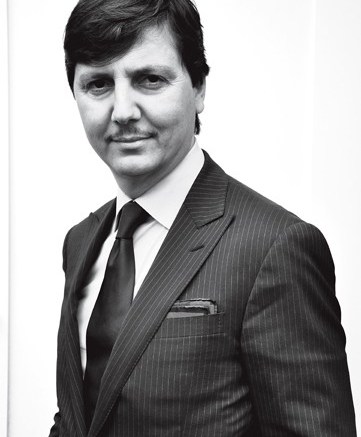 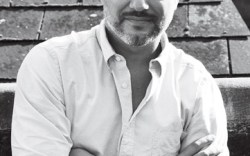 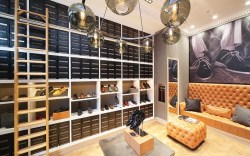 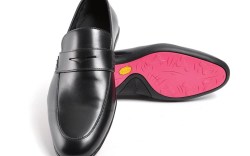 Harrys of London is looking beyond British men’s shoes.

The company, founded in 2001 by Matthew Mellon, recently launched a major retail concept, opened several sales offices in Europe and began testing its first women’s product. And at almost 10 years, the brand continues to reinvent itself with more fine-tuned product.

“In many cases, with newer brands, you go through an initial phase where everyone wants to see you and it’s exciting, and then there’s an adjustment, maybe a reality check,” said Kevin Martel, managing and creative director of Harrys. “And even though we’ve had incredible support, it was up to us to grow the brand. So over the past five years, people knew what the brand was, but to become a real player, [we had] to make some significant impact on the market.”

Expansion efforts have been aided by the backing of Atelier Fund Management (part of Switzerland-based Compagnie Financière Richemont, owners of Van Cleef & Arpels, Montblanc, Dunhill and others), which took a stake in the brand in 2007.

One part of the strategy has been to add a retail component to show Harrys’ breadth of merchandise and offer the level of customer service its execs have in mind. The first standalone store — located in London’s Mayfair neighborhood — opened in 2008. Despite the economic downturn, the 400-sq.-ft. space has been doing well, with sales up 28 percent for the first quarter this year, according to CEO Giuseppe Bonfiglio.

“I don’t think we have suffered [from the recession] nearly at all,” said Bonfiglio, who joined the company last year. “We might have caught more of those aspirational customers, but our growth is pretty much where we expected it to be, even higher.”

Such success has led Harrys executives to consider opportunities in other countries. Rather than focus on Europe, the company has followed its largely Middle Eastern clientele east.

A second store, in Kuwait’s 360 Mall, debuted in May. And the brand has plans to open in Dubai, Qatar, Beirut and Abu Dhabi later this year. Early 2011 will see even more locations in Tokyo and Shanghai. In fact, Bonfiglio said Harrys will bow 30 stores in the next five years.

With all the stores, the company has a strict policy against markdowns. In Mayfair’s two years, it has not discounted any merchandise.

“Why would we want to go on sale? If [customers] just bought it a year ago and go back in [and see it on sale], it’s degrading the product,” said Martel. “Hermès, Vuitton, they don’t do sales in the stores. Their products have integrity. And we wanted to have that too.”

Wholesale is still in the picture, as the brand continuously re-evaluates its offering. To support that business, Bonfiglio was instrumental in opening new sales offices in Spain, Germany and Italy over the last six months (additional showrooms already existed in London and New York). At the Pitti Uomo show this season, Harrys unveiled its Windsurf outsole, made exclusively for the brand by Italian-based Vibram, based on a design used for performance windsurfing shoes. The two styles that incorporate the Windsurf — the Downing loafer and Dexter derby, offered in a range of colorful rubber soles — have, at $545, already become bestsellers.

Saks Fifth Avenue, which has carried Harrys in the past, picked up the Downing and several other styles for spring ’11. The shoes will be available in New York and then rolled out elsewhere based on response, said Eric Jennings, VP and fashion director of menswear at the department store.

“We like the heritage of the brand and how they’ve reinvented themselves,” said Jennings. “They do a great job of that business-casual shoe that’s appropriate in the business setting but has that interesting detail.”

Jennings added that the store is working with Harrys to ensure the shoes aren’t marked down. Instead, Harrys has agreed to swap out older styles for newer ones to keep the inventory fresh. It’s a new business model for Saks, explained Jennings.

Other retailers noted that the brand has found a good niche, especially as the dress shoe trend returns in the men’s category.

“Right now, cool casual is what’s happening, and Harrys is great because it bridges both denim and luxe sportswear. It’s refined and sophisticated,” said Dan Farrington, GMM of men’s at Mitchells, Richards and Wilkes Bashford, all of which have carried the brand in the past. “It’s not too dressed up and not sloppy. It’s a nice spot.”

Now Harrys is taking small steps toward the women’s market. Martel has developed a women’s version of the brand’s signature Jet Moc, a shoe that was originally designed to be worn on private planes (“I grounded it a few years ago by saying ‘[you can also wear them] to look chic in coach,” said the designer). The women’s style is available in the Kuwait store and could be introduced on a larger scale later this year.

“It’s like opening the show in New Haven, Conn., before you go to Broadway,” he said. “[Later on, the line] will be interpretations of menswear [looks]. It’s a menswear brand, and that’s our focus, so I’m not going to start doing cork wedges. These will be loafers and slip-ons.”

Martel also has been working on a driving shoe specifically for the Italian-made Bugatti Veyron, considered the most expensive and fastest car in the world. The collaboration is in the beginning stages and could debut at Pitti in January, Martel said.

“We would like to enter the driver world,” said Bonfiglio. “Not like Tod’s or Car Shoe or Prada, but something more at our level.”