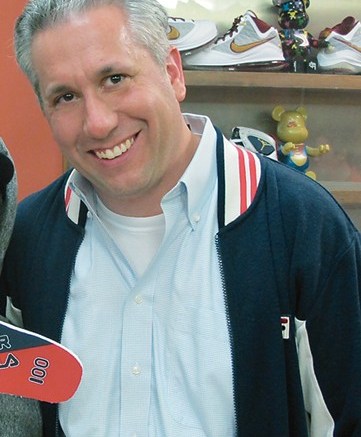 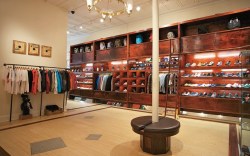 After two-and-a-half years of economic turmoil, shopowners in the sneaker world have been confronting their own issues. The limited-edition and special-makeup product that had led to expansive growth in the boutique channel is now going into big-box retail. At the same time, customer tastes have evolved, as more people look beyond the major athletic brands and classic re-releases. And with traditional brown shoe styles like chukka boots and boat shoes showing up on the runway, increasingly fashion-savvy consumers have shifted their attention away from pure athletic styles.

The increased competition and economic pressures have taken their toll. Matt Halfhill, founder and publisher of influential sneaker blog Nicekicks.com (which opened Nice Kicks, a sneaker shop in Austin, Texas, in February), estimated that 20 percent of the shops in the blog’s directory closed their doors in the past two years. The stores that are surviving — and thriving — in the new economy have made some fundamental changes in the way they do business, including shifting their assortments and focusing more on customer service.

“The shops with the weakest business structures were the first to fall, and the ones that survived made their shops leaner and better performing to [ride] through the storm,” Halfhill said. “It’s sad when recessions happen, but the stores that remain pull out of the recession stronger and more efficient than when they went in.”

To some insiders, the biggest change is evident on the shoe wall. Previously, assortments focused almost exclusively on Nike and Jordan, with a smaller presence of Adidas, Puma and others, but retailers said customers are now willing to consider different brands. As a result, stores have diversified with heritage sneaker labels such as K-Swiss, Vans and Pro-Keds, newer players including Clae and Generic Surplus, and even brown shoe lines like Clarks.

Mike Packer, owner of Teaneck, N.J.-based Packer Shoes, said brands such as Pro-Keds, Fila and Adidas have significantly stepped up their game with product and collaborations — moves that are paying off at the register. “What these other companies have done is eat a little humble pie and realize that if they work with the retailers that know the market, we’re all going to benefit,” he said. “And there’s a sense that [consumers] are willing to be different and [have] an open mind if the product is right.”

The key, Halfhill pointed out, is finding a product mix that appeals to people beyond just the obsessives who live for the limited-edition drops.

“In no city can you make it just on sneakerheads,” he said. “There’s a ton of competition, and there are not enough die-hard sneakerheads to support a store. You can serve that niche market, but you need to be welcoming and approachable to the general public.”

Offering a wide range of prices is one way to do that. Jay Gordon, owner of Boston-based Bodega, said the low-profile styles by Vans and others changed the game during the recession. “The average sale price was a lot cheaper,” he said. “From the $250 Air Force 1s we saw three years ago, we’re talking $75 Nike Tokis or Vans chukkas.”

Retailers also are taking a different tack when it comes to the in-store experience, putting a bigger focus on customer service. The cooler-than-thou attitude that many sneaker shops once cultivated is no longer an option. “All of us have been in that situation where you walk into a shop and they treat you like the worst scum on earth,” Gordon said. “But we want to create a fun environment where the people are friendly and it’s not a high-pressure situation.”

That’s something the best shops do, Halfhill said, and something he’s trying to institute at Nice Kicks. “Product is extremely important, but service is more important.”

And building those relationships goes beyond the four walls. “Customers appreciate an e-mail, cards, stuff like that. Stores have to learn and give back to their customers, and that doesn’t mean just giving them a T-shirt if they buy 10 pairs of shoes,” said Chris Vidal, a New York sneaker expert. “They have to focus on what gets them business, not just what sells.”

Still, one thing hasn’t changed: Customers are still looking for the validation that comes from product at top-level sneaker shops. And that’s the advantage such stores have over the competition, said Bradley Carbone, editor at Complex magazine. “Not everyone is a stylist, not everyone sits on the sneaker blogs all day,” he said. “If you go into Foot Locker, you have to be confident you know what you want. Boutiques serve that role where they make you feel comfortable about the purchase.”

Despite the changed landscape, storeowners said they remain bullish on the category as a whole. Both Packer and Gordon said sales are up — even comfortably up — from the business they were doing in 2007.

And while Nice Kicks was conservative with its initial sales projections for the year, Halfhill said the store is beating its initial forecast for its first year.

Ultimately, success comes down to the shoes, Packer said. “If good product comes out, people will buy it and give up other things to buy it. At the end of the day, if any industry is recession-proof, it’s this one.”