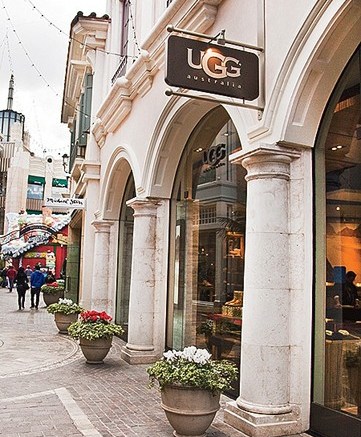 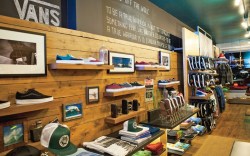 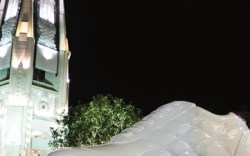 Deckers Outdoor Corp. recently made its first foray into the Los Angeles market with an Ugg Australia-branded boutique at The Grove outdoor mall. The 1,300-sq.-ft. store mimics the global theme of other recent store openings, with natural oak and slate finishes.

“We had been looking for a couple of years for a space in Los Angeles,” said Connie Rishwain, president of Ugg. “We’re a Southern California brand, so it’s fitting to be here.” Next up, Rishwain said the company would begin working on its 30th Ugg-branded store, which will most likely bow in Tokyo.

Vans Partners with Surf Shop
Vans chalked up another first earlier this month, when it teamed with Thalia Surf Shop on a co-branded boutique. The shop, located in Laguna Beach, Calif., combines Vans’ footwear and apparel with Thalia’s mix of clothing, wetsuits and surfboards.

“The timing was right for our first co-branded surf venture, as Vans had the opportunity to join with an existing retail partner in Thalia Surf Shop, who we consider to be the leading innovator in surf boutiques,” said Vans VP of marketing Doug Palladini. “While surf has been an important part of Vans’ heritage since our beginnings, we’re putting more support behind our ever-growing surf footwear and apparel product lines than ever before.”

Ryn Takes on China
Korean wellness brand Ryn is staking its claim in the Chinese market. It recently bowed a store in Shanghai, its first outside of Korea. “China is the biggest market in the world for high-end goods,” said Terry Stillman, president and VP of marketing for Ryn USA, about the decision to launch there. He added that China is a prime location because there is growing demand among Chinese consumers for imported goods.

Welcoming customers into the 4,000-sq.-ft. space is a larger-than-life Ryn shoe sculpture. Inside, a crisp modern design allows the rocker-bottom looks, which come in athletic or tailored styles for men, women and children, to take center stage.

According to Stillman, while there are no plans to open stores in the U.S., Latin America may soon be on the agenda.

Ruia Brings Euro Labels to Soho
Kajal Ruia felt there was something missing in Soho — namely, an inviting shopping experience with top European footwear brands not found elsewhere in New York. Ruia Shoe Boutique opened earlier this month, featuring women’s brands such as Cleo B, Loriblu, Baldan, Luis Onofre, Doraby by Mipiaci, Dibrera and Twice, merchandised on dining room tables and dressers. Prices range from $400 to $1,000. To cater to both female shoppers and their male companions, the shop serves complimentary cocktails and champagne in a mezzanine space equipped with a television. The goal, said Ruia, is to make the shopping experience comfortable and enjoyable for everyone. “I want to offer New Yorkers a luxurious sanctuary where they can browse our beautiful collection in a warm and friendly environment, which maximizes the pleasure of shopping.”

Crocs Enters Puerto Rican Waters
Crocs has announced that later this month the company will expand its presence in Puerto Rico with two new stores — one in Plaza Las Americas in Hato Rey, and another in Plaza Carolina, in San Juan. The stores join two other locations that debuted earlier this year, in Barceloneta and Old San Juan. “Puerto Rico is a great market for Crocs and a very strong footwear market,” Doug Hayes, Crocs VP and GM of Americas, said in a statement. “New stores are a part of our Crocs brand globalization strategy. It’s important for us to not only strategically locate our stores in busy shopping districts but also showcase our diverse offering to shoppers around the world as our shoes appeal to consumers for their comfort, color and value.”