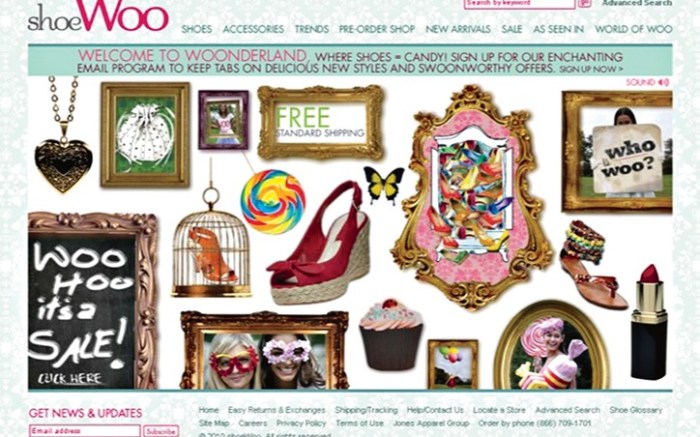 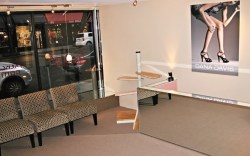 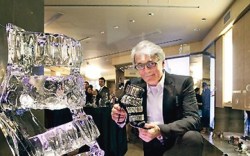 After its initial success with the multibrand Shoe Woo concept, Jones Apparel Group Inc. continues to forge ahead with expansion.

Earlier this month, the company rolled out two more Woo locations, in Boston and in Hampton, Va., with plans to bow an additional unit in Columbus, Ohio, in May. That will bring its total to six locations.

The site incorporates the same visual aesthetic found in the stores, with a background of vibrant colors and whimsical details. It allows visitors to shop by brand, style, trend and size, and view video footage from Nine West’s spring advertising photo shoot in a section called “The World of Woo.” Weekly e-mails will be sent to showcase the footwear collections, as well as sales and promotions.

“This site provides a great showcase for the total Jones Apparel Group portfolio of shoe brands and possibly others down the line,” said Stacy Lastrina, chief marketing officer at Jones.

As the fashion comfort category continues to gain popularity, French Sole is getting in on the action with a new retail concept called French Sole Comfort.

The debut store, which opened on Saturday and occupies 1,800 square feet, will be located on New York’s Lexington Avenue, where the retailer already operates a flagship and outlet store.

French Sole Comfort will carry a wide range of designers, including Dana Davis, Gentle Soles, Aquatalia and Finn Comfort, in addition to its own French Sole line.

“Over the past 10 years, both fashion and comfort lines have recognized the necessity of embracing both aspects for the consumer market,” Ochart said. “Our mission is to create a store that represents both aspects.”

The space is a duplex location, and its original spiral staircase was transformed into a display for the shoes.

Giuseppe Zanotti bowed his first store in Boston this month, marking his fifth shop in the U.S. market and 53rd worldwide.

The designer was on hand in mid-March to show off the 1,700-sq.-ft. boutique at the Copley Place Mall, while the soft opening took place in December. The store will have the same décor as the existing locations in New York, Miami and Las Vegas, including two signature chandeliers and displays of Italian stone.

“Boston is a lot more fashionable than people think, and it has a diverse clientele of people,” said franchise co-owner John Rapo, who runs the store with his wife, Maristela. “We’ve had a pretty good response and I expect to have a decent year. [The economy] is at the bottom, so we can only go up.”

The Copley Place Mall is home to a variety of other high-end shops such as Gucci and Jimmy Choo. — With contributions from Barbara Schneider-Levy