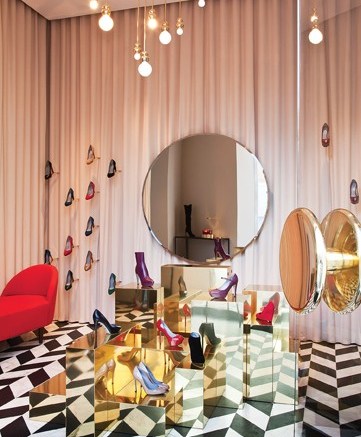 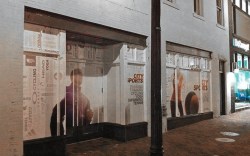 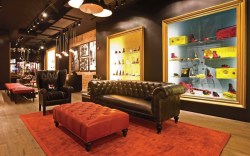 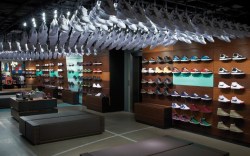 Sergio Rossi last week reopened its Rome location with an 810-sq.-ft. flagship concept. According to President Christophe Mélard, half the company’s 80 stores will undergo a makeover during the next three years. “We started with Rome because we want to communicate that Sergio Rossi is an Italian brand and convey the value of this,” he said. “A store is a powerful tool.” The new shop features an 18th century stucco façade and is divided into two sections: a bright, chic area visible from the street, and a darker, more hidden section with a boudoir feel. In early 2011, the label, which is owned by PPR’s Gucci Group division, will open two stores in China, in Harbin and Chongqing. — Luisa Zargani

In December, City Sports will add its fourth Washington, D.C., location: a 10,400-sq.-ft. flagship store in the Georgetown neighborhood. The new two-story store, built in a historical building, features exposed brick and metal elements, with separate rooms for unique merchandising opportunities. “[The space] allows us to do these great product stories in these rooms, like men’s running and training in one specific room, or a really strong women’s department,” said EVP of merchandising Michael Mosca. “Footwear is in the back of the store. You can see it from anywhere you are in the store. Even if you’re on the second floor, you can look down and see the footwear floor.” The new shop brings City Sports’ total portfolio to 18 locations.

Dr. Martens recently celebrated its 50th anniversary by opening its first flagship store in Manhattan, at 148 Spring St. The store’s décor features raw, unfinished surfaces meant to capture the feel of the brand’s working-class roots in industrial Northamptonshire, England. Executives hope the Soho location will attract even more attention to the brand and not pilfer sales from its New York-area retail partners. “[We] truly believe the added exposure from the new retail store can and will benefit all our partners,” said COO Mike Vincent. “One of the advantages of Dr. Martens’ product selection is we have a very unique, distinctive look that fits well into a variety of retail store product mixes, from exclusive boutiques to department stores and major independents.”

Nike last week reopened its flagship in London’s Oxford Circus after an extensive redesign. The 42,000-sq.-ft. store is the first in a series of reopenings across the U.K. Plans are also under way to launch a multi-category store in Glasgow, Scotland, in 2011, similar to the concept that debuted in August at Santa Monica Place mall in Santa Monica, Calif.