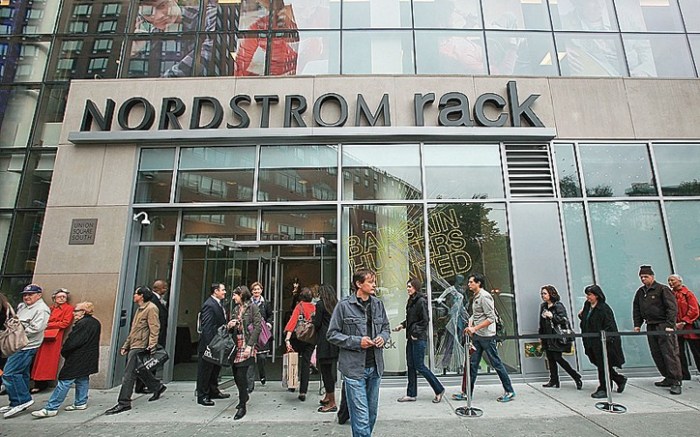 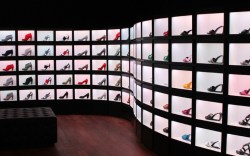 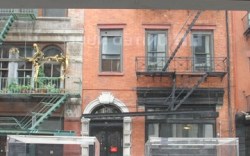 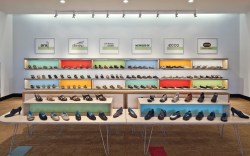 On Tuesday, shoppers flocked to the opening of Nordstrom Rack, and lines formed outside of the store throughout the day. When Footwear News arrived at 7:30 p.m., the shoe department — which consisted of about 25 aisles of merchandise — was crowded with consumers.

Shopper Summer Benton was feeling the stress of opening day. “It’s a little bit of madness, but it seems like they have a large selection of designer footwear,” she said.

Rebecca Lizarraga, who traveled from the Upper East Side, was in search of something specific: Sam Edelman flats. Lizarraga had picked out three pairs, but said she wasn’t completely besotted with the store. “I thought [it] was going to be bigger,” she said.

In addition to Sam Edelman, the women’s footwear assortment included Steve Madden and Jessica Simpson, priced from $40 to $100, as well as higher-end names such as Stuart Weitzman, Donald J Pliner, DVF and Badgley Mischka, which were in the $140 to $200 price range.

Other retailers in the area clearly took notice of Nordstrom’s arrival. Down the block, DSW offered a free-shoe giveaway every half hour on Tuesday, Wednesday and Thursday.

The opening is part of a larger retail strategy to launch flagship locations around the world, including in London, Tokyo and Hong Kong.

“It’s very important that we create something that is totally United Nude so people can really understand the brand in each fashion capital,” said Creative Director and Founder Rem D. Koolhaas.

The 1,800-sq.-ft. space is part of an existing retail concept the brand refers to as a “dark shop.” The walls are black to create a dark space and the product is the only area illuminated in various colors. The store will open with women’s product ranging from $150 to $550 and in January the retailer plans to add men’s shoes as well.

United Nude isn’t entirely new to the New York market — it currently has a franchise location on Elizabeth Street.

Despite tough economic times, Hanig’s Footwear is forging ahead with expansion.

The retailer’s latest location — which opened at the end of March on North Avenue in Chicago —“is off to an extremely good start,” said owner Peter Hanig.

“The initial response was better than we expected,” he said. “We’re still in a difficult economy, I think the stock market dip we’ve seen [recently] is an indicator of continuing problems, but we’re hoping for nice, slow growth.”

The space is located within two blocks of Apple, J. Crew and Banana Republic, which has helped generate buzz.

The digs, which span 3,800 square feet, incorporate a vibrant range of colors, to give the space a “warmer” feel, said Hanig. Standout brands include Hunter Boots, Vibram Fivefingers, Dansko and new addition Merrell. Hanig said the store is “hitting a wide range of clientele.”

The Sports Authority is bowing a new retail concept.

The sporting goods retailer said last week it plans to debut over 100 “S.A. Elite” stores in the next five to 10 years. The first location is set to open in August in Denver. The smaller format spaces will be approximately 12,000 to 15,000 square feet and will house a variety of first-time brands (that could not yet be named), in addition to new product assortment and categories from brands that the retailer already sells, such as Nike, Adidas, Asics and New Balance.

“It will give our current customers a broader offering and customers who may not have found what they are looking for will find this new experience different,” said Sports Authority EVP, CMO and CSO Jeff Schumacher. “We’ve done a lot of research, so we’re confident this should do well.”

Sam Poser, an analyst with Sterne Agee, said the concept gives Sports Authority an opportunity to showcase a more premium mix and increase service training. “To make this really different and compelling [will depend on] how they partner with their vendors,” he said. “I think it’s a signal of them getting more focused on service.”