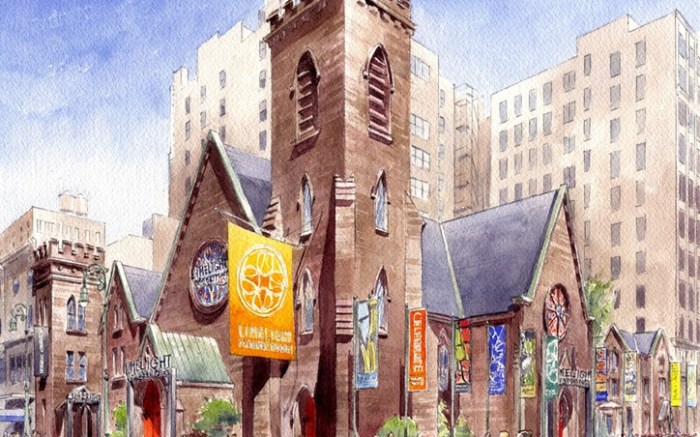 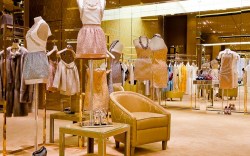 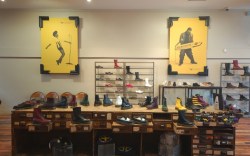 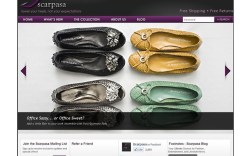 Flash of Limelight
The Limelight Marketplace opens on May 7 in New York’s Flatiron District, with footwear retailers Hunter Boot and Havaianas as part of the three-story shopping venue.

“The buzz around the opening is tremendous. The Limelight is such an iconic New York location and the marketplace transformation gives it a whole new attitude,” said Havaianas EVP Glen Lagerstrom. “Our business is growing, and we see this location as a high-profile opportunity to share a large collection with our dedicated Havaianas collectors as well as new customers.”

“We see it as an in-store boutique, the elements and logistics of a store, but within a larger retail conversation,” said Hunter CEO Wendy Svarre. “It’s a wonderful foray into retail, while also giving us the opportunity to speak directly to our consumer.”

Going West
The Prada Group expanding in the West.

“Footwear is a focus for Prada — a leader in this product category. The South Coast Plaza store will advance this focus,” said Prada Group COO Sebastian Suhl. “The large footwear area within the Prada store and the wide offering are testament to our commitment to footwear among other categories.”

Miu Miu, part of the Prada Group, has already opened a 1,640-sq.-ft. space in Las Vegas that is divided into three sections for footwear, women’s apparel and accessories and handbags. Each area will include display corners and lounges, surrounded by gold walls and ceilings. The atmosphere aims to illustrate the “feminine identity” of the brand.

Last week, the heritage British brand opened a 1,500-sq.-ft. store in San Francisco and now plans to open a 2,000-sq.-ft. location in the Soho neighborhood of New York in September. The brand currently has two other U.S. stores, including spaces in Portland, Ore., and Seattle.

U.S. sales have started to improve, since the company saw a slide last year by 20 percent. With sales up 10 percent, Dr. Martens is looking at even more expansion.

“Sales are up by 30 percent in our own stores and because of this we are looking for more factory capacity in Asia,” said Dr. Martens CEO David Suddens, adding that the company operates a mix of franchise, partner, concessions and company-owned retail in such places as Japan, Hong Kong, Singapore, Korea and the U.K. In fact, two other new stores — in Manchester and Leeds, England — will open in the summer.

“Site traffic has been slowly growing. We spent the first month of our soft launch working out the kinks of the site and making it as user friendly as possible, and now we are working on building awareness,” said founder Chris Luhur. “I want people to think of it as a great online boutique with fantastic shoes that doesn’t compromise in style.”

With a variety of sandals, flats, boots and pumps, Scarpasa.com searches for product with “walkable” heels and wearable styles. The company is also currently focusing on upping its social media presence, by enhancing the blog and Facebook page.

Base Camp
Camper is preparing to bow two new locations in May — in Washington, D.C. and in Los Angeles.

The 311-sq.-ft. D.C. location is a “work in progress,” where consumers are encouraged to draw on the walls and furniture, before the store is redone (the brand also did this at its Madison Avenue space). The designer of the 196-sq.-ft. Madison location, Tokujin Yoshioka, was inspired by his surroundings.

“Elements existing in nature, such as plants and flowers, always please us with their ever-changing expression,” said Yoshioka. “The idea for this new Camper store incorporates those miraculous principles of nature.”

Camper currently has four additional locations in the U.S., including two stores in New York City, one in San Francisco and one in Boston.

The Texas-based retailer opened a store in Hixson, Tenn., last week, and marks the company’s third location in Tennessee. The new store covers 66,504 sq. ft., and plans are already underway for another Tennessee location this fall.