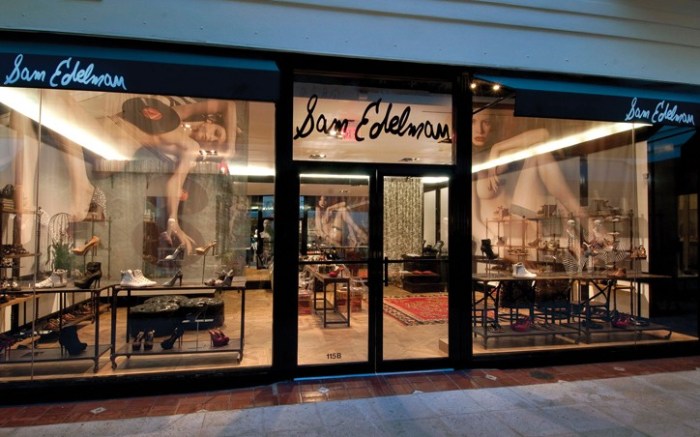 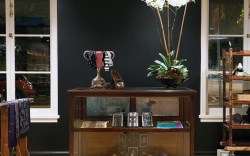 Sam Edelman’s first freestanding, 1,000-sq.-ft. pop-up boutique, which opened Nov. 20, could become a permanent retail home for the designer. While the shop, located at 150 Worth Avenue in Palm Beach, Fla., is slated to operate through April, Edelman said the brand could potentially extend its stay. “That opportunity is there for us,” he said. “At the moment, we’re going to live, eat and breathe this retail experience. The future is out there, and who knows [what will happen]?” Edelman said the store features all the same elements that go into a Sam Edelman shoe: whimsy, femininity, humor, and trendiness. It also stocks 50 to 60 different styles in three different colorways each, as well as product such as a snakeskin pump created specifically for the store. New styles are also being tested at the location. But, Edelman said, the real advantage is being able to connect with customers on a more intimate level.

The British are coming — again. Barker Black Ltd. this month opened its second North American location, in the West Hollywood area of Los Angeles. The 500-sq.-ft. boutique, located on the city’s trendy Robertson Boulevard, will give shoppers the chance to snag the company’s latest styles, as well as classics. Made-to-order services will also be available.

“I am so excited to finally be opening in Los Angeles,” said Derrick Miller, creative director. “We have so many local and bi-coastal customers, we knew our second store had to be here. I have always appreciated the L.A. aesthetic. Because of the weather, the wardrobe is limited to a few items: a pair of jeans, a well-fitting T-shirt, a nice watch and, of course, a great pair of shoes, and we are here to address the premium shoe category in Barker Black signature style, with a cool aesthetic and mature sensibility blended into one.”

North Andover, Mass.-based Converse, a division of Beaverton, Ore.-based Nike Inc., opened its first New York door on Black Friday, a little more than a month after the debut of its first flagship store on Boston’s Newbury Street. “We were born in Boston, but we live in New York,” said Dave Powers, VP of retail for Converse. “This is our home away from home.”

Powers said the 7,000-sq.-ft. location devotes 45 percent of its 5,500 square feet of retail space to footwear, incuding a high-end mix of Converse products such as Jack Purcells, the brand’s skate styles and its most extensive offering of men’s and women’s boot styles. Exclusive New York designs will be available on Chuck Taylors and can be applied to other styles through the store’s customization area for apparel and footwear.

The shop also will mark the debut of a new footwear service model that Powers said will be rolled out in future locations: the Chuck Bar or Chuck Window, a glimpse into the back stock area where customers and staff can go to pick up additional sizes and styles. — Jennifer Ernst Beaudry

United Nude on Monday unveiled its latest pop-up store, this time in Miami, where it has a 4,400-sq-ft. combined retail-and-art gallery space.

In addition to United Nude products, the shop features photography from eight established and up-and-coming Chinese artists. The theme, “Women & City Life,” includes photos from Shanghai, Beijing, Guangzhou, Hong Kong and Chengdu. The photos are meant to serve as a time capsule for life in today’s China.

“From United Nude’s beginnings we wanted to offer good value for money, so we began spending a lot of time in China, where we are proud to produce [shoes] at a very high level,” said brand founder and CEO Rem Koolhaas. “And for anyone who is in the art world, I don’t have to tell you how significant Chinese artwork has become. So after spending a lot of time working with creative industries in China, we were compelled to organize and collaborate with some of [the country’s up-and-coming photographers and we put together an exhibition and a book entitled 5PRCITY.” The store/art gallery will remain on display until Jan. 10.