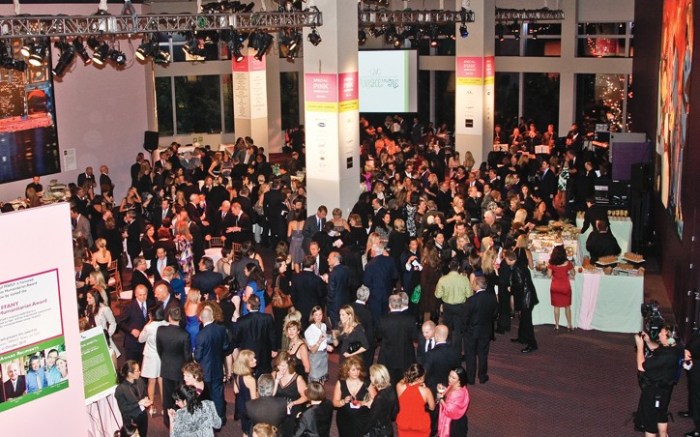 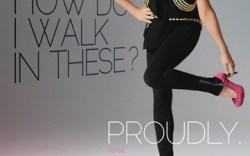 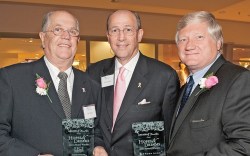 After unveiling a new format last year, the organizers of QVC Presents “FFANY Shoes on Sale” are changing things up again.

While the 2009 event was scaled down due to the poor economy, on Wednesday the annual gala at Frederick P. Rose Hall in New York returns with a short program paying tribute to Shoes on Sale co-founder Jodi Fisher, who died last year at the age of 49 after a long battle with leukemia. FFANY’s greatest philanthropic honor has been renamed the FFANY Jodi Fisher Humanitarian Award, in recognition of Fisher’s dedication to the cause.

“Jodi was a motivator for a lot of people to make this event continue to happen,” said FFANY President and CEO Joe Moore. “[For the award’s inaugural year], we chose to give only this award to make it very special in honor of Jodi.”

Fisher’s father, Nine West co-founder Jerome Fisher, said the name change was very meaningful to him and his family, who would attend to offer continued support. In fact, he recalled, one of his fondest memories was working alongside his daughter on the first Shoes on Sale event 17 years ago.

“The enthusiasm and contribution from everyone was great,” Fisher said. “And Jodi really loved it. Over the years, she worked with everyone at FFANY, [which has] continued to support [the fundraiser] in a major way. This award is the greatest recognition that FFANY could bestow on her.”

The 2010 winners are Brown Shoe Co. Chairman and CEO Ron Fromm, and Jones Apparel Group Inc. founder and Chairman Sidney Kimmel. Both were chosen by the Shoes on Sale committee for their commitment to the breast cancer cause and philanthropy in general. (See pages 22 and 24 for more about the winners.)

Fromm and Kimmel will be recognized during a brief awards program at Shoes on Sale, during which Chaka Khan is expected to perform live. Moore said the entire program will last only about one hour, after which dessert and drinks will be served, with a DJ spinning in one room and a jazz band in the other.

Another change this year is the QVC broadcast, which will air two days afterward from the network’s studios, rather than live from the event. Moore said this change will maximize the overall charitable contribution. “When QVC comes with the trucks, the whole production costs us more than $100,000,” he said. “And that comes right out of what we are able to donate.”

Instead, QVC will air pre-taped event coverage during the broadcast on Friday, when more than 100,000 pairs will be available for sale, from 7 p.m. to 10 p.m.

“There are two benefits to spreading out the event,” added QVC CEO Mike George. “One is to give our customers more of an opportunity to be engaged in the event, [and therefore provide] more education about breast cancer. The second is to use the gala to build traffic for the Friday shoe sale and raise our total level of contributions.”

Event organizers said they are hoping to raise more than $3 million this year, with the aim of surpassing the $35 million mark for total donations made over the event’s 17 years.

And while Moore said this year the gala has already received the largest pledge amount ever — thanks to the generosity of the Fisher family — the economic fallout is still an issue. As companies have gotten back on track with smaller inventories and more cautious orders, fewer excess shoes have been donated for the sale.

“It blindsided us,” said Moore, adding that some companies that previously donated $100,000 to $200,000 worth of footwear have not been able to give as much this year. “But we still have more than enough shoes, and we don’t think this will have a [big] effect [on sales].”

Still, the event’s organizers have given the shoe salon more space in the main room of the venue and returned the focus to designer shoes. Last year, the sale included a few moderately priced brands to encourage people to shop, but this year, the salon has been pared down and glammed up.

“We found that people only wanted the designer shoes,” said Moore. “We thought [the more-accessible range] would give us a broader base because an $800 shoe at half price is still expensive, but the crowd that’s interested in this, that’s what they’re looking for. So we are going back to [higher-priced labels].”

Unfortunately, the event’s celebrity spokesperson, Fergie, will not attend (she and the Black Eyed Peas are shooting a movie with James Cameron in South America, Moore said), but he promised several surprises and a shoe industry that continues to come out for the important cause.

“That’s what it’s all about: contributing to finding a cure,” said Moore. “We have helped build awareness and to take some of the fear out of the diagnosis. But I’d like to put all those scientists out of business.”