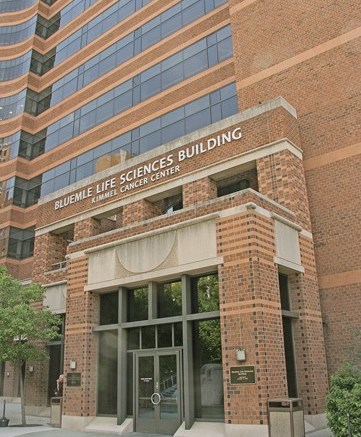 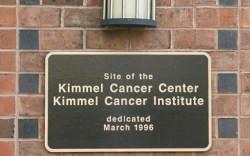 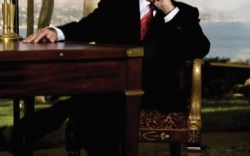 He’s made his fortune from fashion, food and films, but nothing makes Sidney Kimmel prouder than being able to give that money away.

The founder and chairman of Jones Apparel Group Inc. will be recognized for his philanthropic efforts on Wednesday with the FFANY Jodi Fisher Humanitarian Award. Kimmel told Footwear News that Fisher’s father, Nine West co-founder Jerome Fisher, is a close friend and that the connection to the award hit close to home for him.

For nearly 20 years Kimmel has been channeling his wealth to good causes, but he said he felt humbled and honored to receive the award.

“I first went into cancer research because I recognized that outside of cardiovascular [disease], cancer was the [second most-common cause of death] in America,” recalled Kimmel, now 82. “I just felt, when I decided I wanted to give my money back, that cancer research was the best vehicle I could explore.”

Kimmel founded the Sidney Kimmel Foundation in 1993, the same year he made his first big gift: a $12 million pledge to help develop what is now the Kimmel Center for the Performing Arts in Philadelphia, where he was born and raised. To date, he has donated a total of $65 million to the center.

In 1995, he made his first large contribution to cancer research: $10 million to what has become the Kimmel Cancer Center at Thomas Jefferson University in Philadelphia.

All told, his foundation has committed more than $550 million to various philanthropic causes, with nearly three-quarters of that going to cancer research and innovative treatment technologies.

The Sidney Kimmel Comprehensive Cancer Center at Johns Hopkins University in Baltimore and the Sidney Kimmel Prostate and Urologic Cancers Center at Memorial Sloan-Kettering in New York were both created with Kimmel’s help. The former has also been a benificiary of FFANY Shoes on Sale in years past.

Yet, out of all his philanthropic efforts, Kimmel said he is most fulfilled by the establishment of the Kimmel Scholars Program, which provides research grants to promising young cancer scientists and physicians. “[The program is] something we created when I recognized, as I got into the world of cancer research, that [some of] the new postdoctoral candidates coming into the world got jobs at universities, but didn’t have money to set up their labs,” said Kimmel.

So he assembled a board of 12 medical advisers — all esteemed cancer experts themselves — to pick 15 researchers each year and award them two-year grants to fund their research.

The Kimmel Scholars Program draws 200 applicants annually and is now in its 14th year. Nearly 200 grants have been awarded to date, and some of the earliest grant winners “have now reached points where they’re the chief researcher at their institutions,” said Kimmel.

Dr. Michael Lisanti is one such recipient, having won a Kimmel-sponsored grant in 1998. Then an assistant professor at the Albert Einstein College of Medicine of Yeshiva University in New York, Lisanti received $100,000 every year for three years to start research on the relationship between cancer and a protein called caveolin.

Twelve years later, Lisanti’s work has paid off. In August, his team published a new theory about how cancer cells grow and survive, which they said will allow researchers to design better diagnostics and therapies to target high-risk cancer patients.

“We have identified a universal cancer marker and figured out the mechanism of cancer metabolism that will allow us to design new drugs [for treatment]. We think we have finally figured out how cancer really works, and this reverses 85 years of dogma, upon which current cancer research and therapy is based,” said Lisanti, who is now director of the Stem Cell Biology and Regenerative Medicine Center at Thomas Jefferson University’s Kimmel Cancer Center.

“The important thing is that Sidney gives money in the beginning, when others are not interested in investing in someone new. Because of him, we’ve since been able to get grants from other foundations,” Lisanti said.

Kimmel founded Jones Apparel in 1970 and has been its chairman since 1975. He also produces films as CEO of Sidney Kimmel Entertainment, which just wrapped up two projects that will be released next year — “One for the Money,” starring Katherine Heigl, and “The Lincoln Lawyer” with Matthew McConaughey. Kimmel also has stakes in the Cipriani International group of restaurants and the Miami Heat basketball team.

Despite his myriad pursuits and Hollywood connections, Kimmel said he considers himself fortunate and wants to help others.

“I declared some time ago that outside of taking care of my wife, [Caroline], I would give away all my money eventually. The large bulk of it does go toward cancer research,” said Kimmel, whose net worth is $1.1 billion, according to Forbes. The couple has no children.

In the end, Kimmel understands his investments may not see an absolute return tomorrow, but he is committed to the long fight.

“It’s everybody’s dream to find a cure for cancer,” he said. “But I’m more pragmatic. I’d like to get cancer to a point where it’s a chronic disease that can be controlled, rather than having [half a] million Americans dying [from it] every year.”