Scoops From the Paris Shows 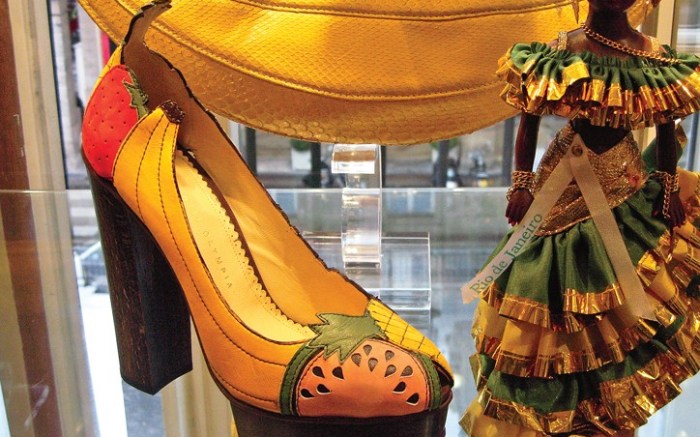 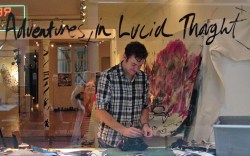 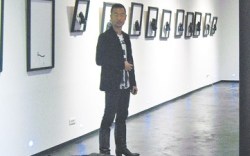 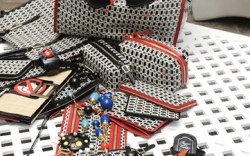 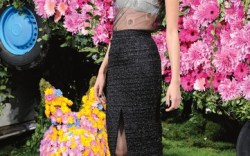 Rockin’ the Runways
Tabitha Simmons has made a career styling runway shows, but when it came to her own footwear debut at the Emanuel Ungaro presentation last week, she had a case of pre-show nerves. Simmons’ selection of whimsical-yet-ladylike ankle-strap sandals and slingback pumps were part of Giles Deacon’s designing debut for the troubled fashion house. “I’m quite nervous,” she said prior to the Monday show. Luckily, all went off without a hitch.

Meanwhile, veteran designer Walter Steiger returned to the runway last week with a striking sloped, sky-high wooden wedge he created for Akris. Steiger’s son, Paul, who works with his father and brother Giulio on the collection, said the elder Steiger wanted to replicate the feeling of standing on a smooth stone at the beach. How did the models handle the elevated style? “A lot of them said they were more comfortable than in heels,” Paul Steiger said. Off the runway, the brand could soon pop up in U.S. department stores again, after a seven-year hiatus. The designer planned to meet with several key stores last week. “Now that my sons are in the business, we are moving ahead,” Walter Steiger said.

Best in Show
Georgina Goodman transformed her showroom into a gallery of sorts during Fashion Week, with the help of contemporary artist Alex Daw, who turned some of the designer’s shoes into innovative window displays. He also helped Goodman spice up the space with pop-art paintings splattered on the walls. “We knew we wanted to do something different,” Goodman said. “It’s [about finding the place] where fashion meets art.”

Young Gun
Before opening the doors of his new boutique for a Fashion Week bash, designer Raphael Young gave FN an exclusive tour of the sleek space, where the shoes hang in elegant displays on electric-blue walls. The store also features a showroom, offices, a lounge and atelier. “We can show the full collection here, the edgiest pieces,” said the designer, who sported a Fashion’s Night Out T-shirt. Young has rolled out a small, exclusive line of sneakers for the store, which will also stock handbags, luggage and leather jackets. Up next: men’s shoes and ready-to-wear, according to the designer. But never one to flaunt his talent, Young shrugged off compliments about the new spring collection. “It’s too commercial,” he quipped.

Heading Stateside
Designer Pierre Hardy has his sights set on the States this season. Not only will his highly anticipated Jane Street store open its doors in Manhattan on Dec. 7, but the designer also was inspired by classic East Coast style for the Montauk portion of his spring collection. Hardy, who rode his bike to his Paris press presentation on Oct. 2 to avoid a labor strike, said the men’s and women’s boat shoes and nautical-inspired platform booties were the perfect casual addition for summer. Other highlights included a geisha-style low-heel sandal, a selection of mid-heel wedges with graphic color-blocking, and Swarovski-trimmed strappy stilettos in blush suede. Hardy said his personal favorite was an extreme platform sandal in his signature geometric print.

Clever Crop
Bruno Frisoni got cheeky with the spring offering at Roger Vivier, showing styles that are more sassy than stark. A curly strap detail reminiscent of a phone cord decorates one T-strap sandal, while jeweled insects and patent fish appliqués adorn other silhouettes, from silk evening stilettos to flat mules. “Spring is always meant to be fun,” Frisoni said. “It doesn’t have to be too serious.”

Likewise, Christian Louboutin was feeling frisky this season, converting a tape measure into the straps on a minimalist sandal with wraparound ankle buckle.

Charlotte Dellal tapped into her Brazilian heritage for her latest Charlotte Olympia collection, taking inspiration from Carmen Miranda’s fruit hat. “Doing a full-blown Brazilian collection would’ve been difficult. You have to do it in chapters, but the essence is here,” Dellal said, noting that the fruit shoes she was wearing — wooden platform pumps with flat leather bananas, apples and grapes — “seem to go with anything and everything.” Expanding the theme were gold pineapple-crown embellishments on satin evening sandals and a yellow leather banana clutch. The collection also included raffia pointy toe pumps, 1970s-style wooden platform wedges and leopard-print sandals. Dellal said a raffia pump with a 3-inch heel was one of her favorites. “It’s a fun material for a classic look,” she said, adding that mid-heels represent a new addition to her line. “We did super-high heels and flats; now we’re expanding the range. Summer is a bit more carefree and naturally needs lower heels.”

Catching Christian
Despite his frenetic Paris Fashion Week schedule, Christian Louboutin took time to give FN an exclusive tour of his future showroom space in the basement of his Rue Jean-Jacques Rousseau offices. He also opened up about his exotic travel adventures, most recently to Saudi Arabia, where he debuted a store and visited the archaeological site of Mada’in Saleh, which he called “amazing.”

Later that day, the designer headed across the channel for a few big events in London. On Tuesday night, the red-sole king attended a bash thrown by Elton John for Russian businessman Alexander Lebedev, which drew Elizabeth Hurley, J.K. Rowling and designer Patrick Cox.

Closing Down
After 11 years, Bruno Frisoni is shuttering his namesake line. The very visible creative director of Roger Vivier will now shift all his attention to the luxury label, FN learned last week. Frisoni was not available for comment.

Chanel Star
Seen: Inès de la Fressange power lunching with Diego della Valle and Frisoni at the Hotel de Crillon the day before her much-buzzed-about return to the Chanel runway.