Scoops from the Milan Shows 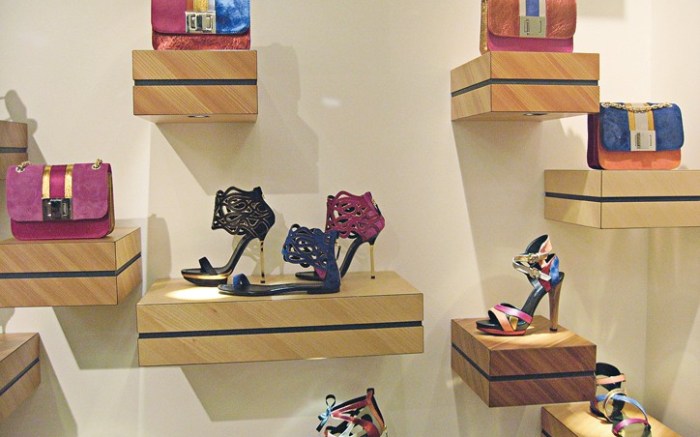 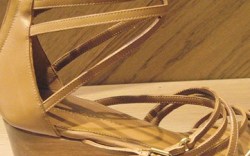 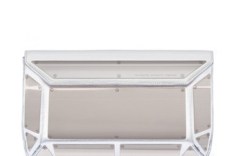 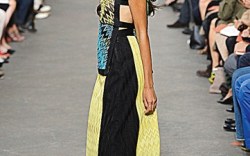 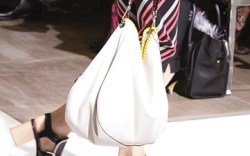 Rocking It Out
As celebrity fans become more and more de rigeur, Italian designers are catering to the likes of Beyoncé, Katy Perry, Lady Gaga and Kylie Minogue.

Beyoncé, in particular, seemed to be making the rounds among Italian footwear designers during the Milan collections, picking out styles for her new album cover and tour. At Casadei, she chose a multicolored Swarovski ankle-strap sandal from the Atelier Collection, which designer Cesare Casadei said referenced 1980s opulence. He stressed that made-in-Italy craftsmanship is especially evident in the style, as it takes one person several days to mount and sew the 800 large Swarovski Elements crystals onto the straps.

Edoardo Caovilla, who also aimed for the red-carpet stars with the René Caovilla spring offering, said the collection is about a “sexy lady in an urban jungle.” It features unique embellishments, such as mini tusks made of real horn, adorning ballet flats and ankle-tie platform sandals.

In the Bag
At Giuseppe Zanotti, Beyoncé was also one of the first to see the new handbag collection, which includes a structured envelope clutch called the Brighton that will be exclusive to the designer’s boutiques, among them the new Beverly Hills, Calif., location bowing in November to cater to his growing celebrity clientele. Beyoncé’s choice was the mosaic mirrored Brighton, along with several styles from the spring footwear collection, which Zanotti described as “much lighter with fewer platforms, and more about allure than over-the-top sexiness.”

Diego Dolcini also expanded into bags for spring, creating just one fold-over chain-strap style that comes in a kaleidoscope of colors and materials. “Customers are always looking for a bag to accompany their shoes, and it also works well to merchandise the collection together,” Dolcini said.

Flatforms Take Over
It appeared on the New York runways and continued to pop up in the Milan shows in various iterations: flat-bottomed geisha platforms. Is this part of the new low-heel movement? Marni and Missoni both showed chunky almost-flat sandals boasting a 1-inch block heel. Marni opted for a black-and-white woven pattern with leather kiltie upper, while Missoni went for colorful ankle ties and neon lacquered heels for its runway show. When asked about the prevalence of this lower-platform chunky heel, designer Gianvito Rossi, known more for his stilettos, said, “It’s possible to be comfortable and sexy. Women have asked for a lower heel, and we listened.”

Handy Man
Santoni women’s designer Edmundo Castillo said his spring ’11collection is all about handcrafted details. “It’s not just about a pretty shoe, it has to be more than a good silhouette. A touch of braid or handwork makes a big difference.” Braided leather on a clog and touches of menswear, such as perforations and hand-stitched soles, are the Santoni signatures for the season. Evening styles followed suit, with handcrafted details such as Swarovski crystals and feathers adorning a variety of silhouettes, from kitten heels to flat sandals to stiletto slingbacks. Castillo also said the luxurious Santoni Rose Collection, with a hand-scripted sock insole, will encapsulate the entire women’s collection, starting for fall ’11.