Scoops from the Milan Collections 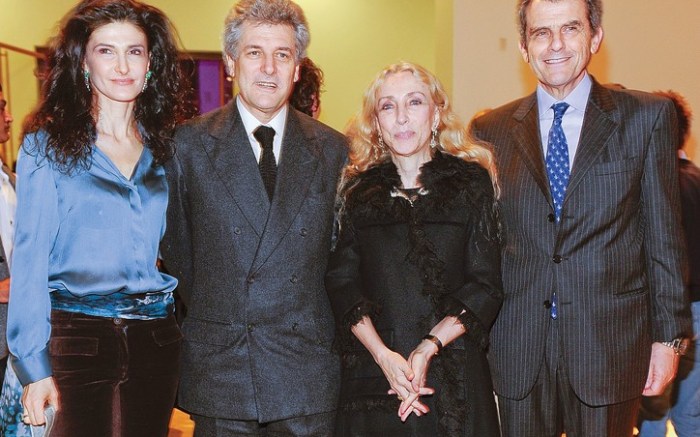 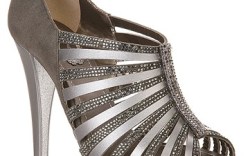 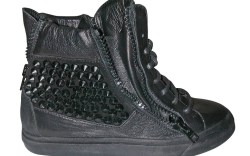 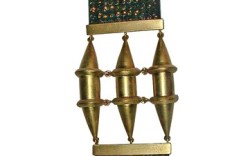 Seize the Day…
… or daywear, as it were, at least for Edoardo Caovilla, the son of René Caovilla who is now jointly designing the Italian luxury brand. “Things are changing,” the fashion scion explained, “but we’re always keeping the Venetian tone. We are also making classic styles for every day that will attract a new, younger clientele. It’s not just evening shoes anymore, there is an enlarged range of opportunity.” Gray wool jersey booties and suede ankle boots with web-like crystal embellishments are some of the brand’s offerings for fall. There are also pony-hair knee-high boots, shown both unadorned and with a classically Caovilla crystal trim.

For the younger Caovilla, it is important to open the door to the youth, particularly in the U.S., “to show them our modern style,” he said. “We are investing a lot in boots and more comfortable day-to-evening styles. As one of the few companies that is built vertically, with design, production and distribution all handled in house, we are able to pay attention to the way the shoes are built from start to finish. We are also able to push our factory in a new direction.”

Max Kibardin also made his first foray into daywear this season, with styles including a suede shearling-lined ankle boot that captured his minimalist, graphic, 1960s aesthetic for the collection. “I imagined women wearing the graphic dresses of the ’60s, and then designed shoes that would pair well with those looks,” Kibardin said of his fall ’10 collection, which also features evening sandals that play with 3-D black-on-black details and a restrained palette with touches of iridescence. “I went for bold colors, a wider boot shaft with a modern feeling and a new extra-long shape for clutches. Simpler constructions show more confidence in my designs,” he said.

But the focus on minimalist lines did not mean Kibardin’s collection was without the usual couture-inspired show stoppers. Sparkling mid-calf peep-toe boots with all-over crystals, and citrine silk sandals with wild feathered cuffs were certainly meant to wow.

Rocking Out
Giuseppe Zanotti is breaking new ground for fall ’10. With the launch of a rock-inspired jewelry collection, a unisex high-top sneaker line and an updated Website operated by Yoox Group, the designer aims to connect with customers on a whole new global scale. His brand’s first jewelry offering features hardware from the footwear collection. It includes pieces in gold, silver and bronze, such as edgy spike and crystal necklaces and double-jointed whole-finger rings that could appeal to the designer’s dedicated music-scene following. The collection will retail from $325 for a ring to $1,850 for a breastplate necklace.

A capsule collection of high-top sneakers was also unveiled at the Feb. 27 presentation in the designer’s Milan showroom. Four unisex styles combine zippers and laces for an urban look and will range from $495 for the more simple styles in rose and white to $895 for a “rock star” version in black with crystal embellishments.

The brand has also produced a video capturing Zanotti creating a shoe from start to finish. The film follows the designer as he sketches a red evening pump, then cuts the last, attaches the upper, strips away the glue and finally lays the finished product in the box. This video will go live on the new Giuseppe Zanotti Website, which launched Feb. 25. Internet shoppers will rejoice to find that the new online store will ship to the U.S., Europe, Japan and elsewhere. An added feature will be a type of concierge service that will allow customers to immediately order product seen in editorial features or on celebrities.

My Ferragamo Lady
On Feb. 27, Ferragamo unveiled “Greta Garbo, The Mystery of Style,” an exhibition at Milan’s Triennial design museum. It features the evolution of the legendary actress’ relationship with fashion, particularly with her dear friend, designer Salvatore Ferragamo. The two first met in 1927, but the designer would later deliver more than 100 pairs of Ferragamo shoes to the actress, who preferred mostly simple, heel-less styles (much to the designer’s great chagrin). On display in the exhibition are a selection of Garbo’s film costumes, pieces from her personal clothing collection and many pairs of original Ferragamo footwear, including the Greta style, wrought in soft leather with a stitch-less upper and minimalist clasp. The show’s packed opening party during the Milan collections drew modern screen starlets such as Italian actress Maggie Q and stylist-gone-TV-star Rachel Zoe, who mingled with James Ferragamo and other guests.